Costa Rica is considered one of the best destinations in the world for thrill seekers, and it’s easy to see why. With abundant ziplining, kayaking, bungee jumping, trekking, diving, and climbing opportunities amid the country’s rainforests, volcanoes, beaches, and jungles, the home of “pura vida” is a adrenaline junkie’s dream. So where better to embark on a river rafting trip than Costa Rica’s popular Río Pacuare? 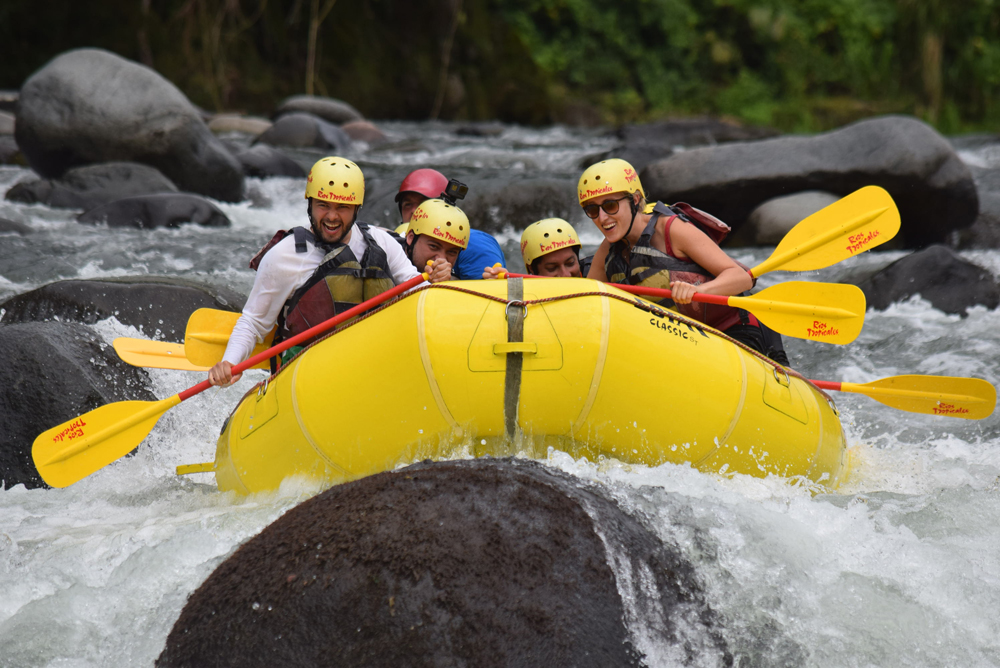 First, a bit of background on what took me to Costa Rica. My big travel adventure continued in January and February in Central America, exploring Belize, Guatemala, Nicaragua, Costa Rica, and Panama. While in Costa Rica, I visited the idyllic hippie beach town of Puerto Viejo and spent a morning touring the Jaguar Rescue Center. After a few minutes up close and personal with a basket of baby sloths, I was enamored by the center, and it didn’t take long before I cultivated a plan to return there as a volunteer.

Casting the “real world” aside a little longer, I instead spent four weeks in March and April living minutes from the beach, cycling to work, and feeding, playing with, and rehabilitating injured, sick, and orphaned sloths, monkeys, birds, anteaters, kinkajus, deer, possums, and raccoons. What a dream! As my time in Costa Rica drew to an end, though, I was determined to go out with a bang.

Rolo, a baby capuchin monkey I helped look after at the Jaguar Rescue Center

In the preceding eight months, I had been river rafting in West Virginia and Argentina, and I figured Costa Rica had its own unique experience to offer. After a bit of research, Ríos Tropicales‘ fantastic reviews had me convinced. The “adventure experts” offer multi and single day hiking, biking, kayaking, and rafting trips as well as stays at their rainforest ecolodge. Though I would have loved to have done it all, my time in Costa Rica was quickly dwindlng, so I opted for their one-day rafting trip to the Pacuare River.

Want to be really prepared for a rafting trip? Check out this guide to rafting clothes by Campfires & Concierges!

With its beautiful scenery, warm climate, abundance of wildlife, and Class III-IV rapids, the Pacuare River is an immensely popular spot for adventure activities. Ríos Tropicales’ one-day trip includes transportation from your hotel in San José or Puerto Viejo, and their van met me bright and early at my Puerto Viejo hostel  — shoutout to my home for most of my volunteer stint, Hostel Kinkaju, and its lovely owners! A few hours later, we had arrived at the operations center, where we were treated to a delicious and varied hot breakfast.

We braced ourselves for a bumpy yet scenic drive down to the river, during which our group leader gave us a thorough safety training and some insight into what lay ahead. Once at the river, we collected our equipment and were sorted into groups by language skills. As I was fine with either English or Spanish, I was assigned to a group consisting of a Salvadorean family of four plus one Venezuelan solo traveler, along with our local Costa Rican guide Julián.  A bonus lesson in Spanish rafting vocabulary!

Our group conquering a rapid (photo by Ríos Tropicales)

As I visited the Pacuare River after a dry period, the water level was quite a bit lower than it often is, which, on the one hand meant slower, more relaxing rapids, but on the other hand meant trickier rocks to navigate and a much longer rafting experience: nearly five hours to explore the river. We floated down the Río Pacuare, taking in the verdant vegetation surrounding us while Julián explained the area’s history, flora, and fauna.

Every few minutes, the real fun came: holding on tight and paddling furiously as we maneuvered through rapids, finishing each one by congratulating ourselves with a group paddle high five. We stopped on the banks of the river for a filling picnic lunch before setting off once more, and moments later we were squealing gleefully as Julián led our raft straight into a waterfall. Perhaps the most beautiful part of the journey was the narrow canyon we passed through toward the end of the day, where we had the chance to jump out of the raft and lazily float on our backs down that stretch of the river. 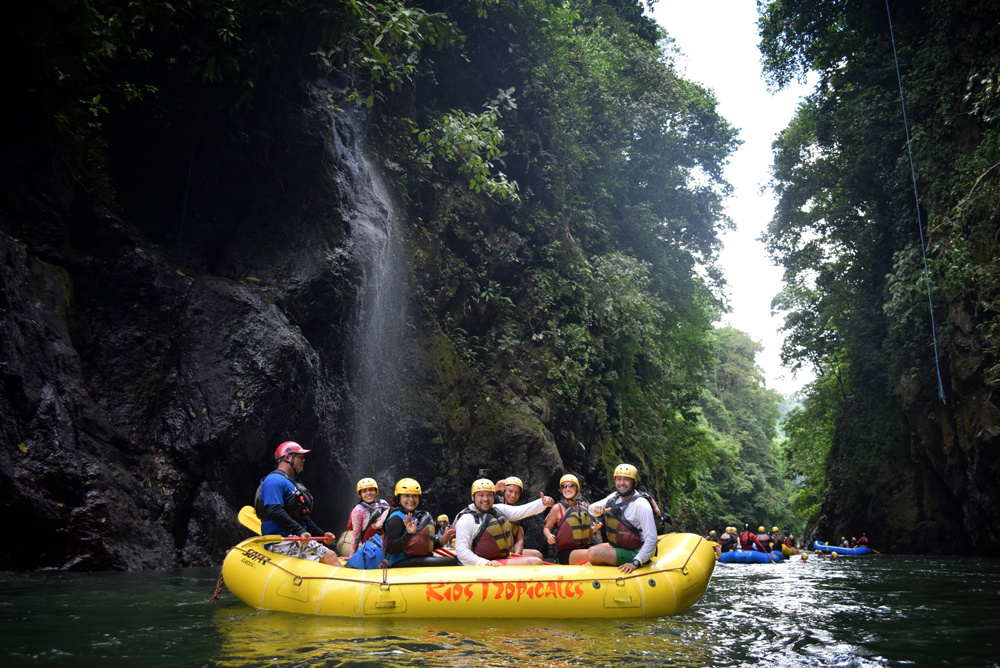 Floating through the canyon

All good things must come to an end, and we raised our paddles for one final celebratory bump before returning to the operations center for some refreshments while admiring the day’s photos. The following day, I’d be catching a shuttle to San José followed by a flight home to California. It was bittersweet saying goodbye to the country’s greenery, Puerto Viejo’s hippie vibes, and, most of all, the dear animals I grew to love at the Jaguar Rescue Center, but I couldn’t have asked for a better adventure to wrap up my time in Costa Rica.

Disclaimer: I was a guest of Rios Tropicales, but all opinions are entirely my own, as always!