Spring break in Italy was already shaping up to be unforgettable, with visits to Rome, Naples, Pompeii, and the Amalfi Coast. Our next destination was the island of Capri, home of foil juice packets and calf-length pants. Wait, wrong Capri.

After a quick homemade lunch in Capri’s town plaza, the sun finally made a brief appearance as my mom and I climbed to one of Capri’s lookouts over I Faraglioni, striking rock formations just off the island’s coast. 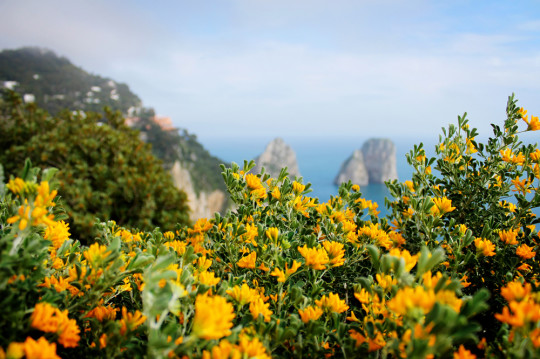 Looking out over I Faraglioni

Nearby, we also had a view of Via Krupp, a sharp switchback path, now closed off to tourists, but nonetheless an impressive sight, and we continued strolling through nearby gardens and tiny footpaths shadowed by idyllic shops and homes. 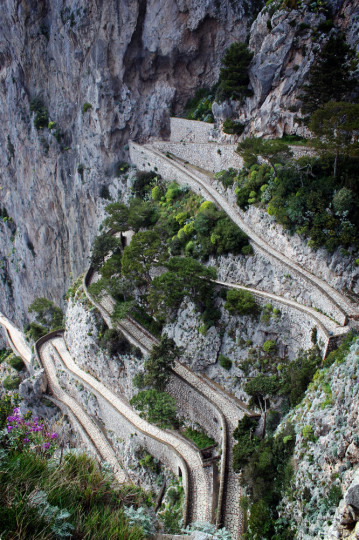 The island of Capri has two main towns: Capri and Anacapri (creatively enough). We hopped in a crowded minibus filled with locals and weaved back and forth up the mountain to Anacapri, much smaller and quieter than its sister town down below. It felt like we had the place just about to ourselves. 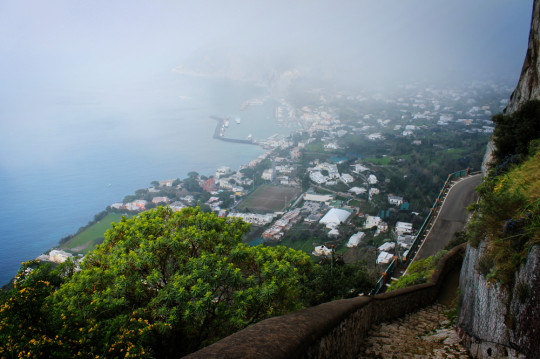 The view from a cliff-hugging path we found in Anacapri

Realizing they would be less impressive in cloudy weather, we skipped two of Capri’s major tourist attractions, the Blue Grotto, a dazzlingly blue sea cave, and Monte Carlo, Capri’s highest point that can be reached by a chairlift. Perhaps I’d give them a try if I returned to Capri, but I don’t feel like I missed out on too much. 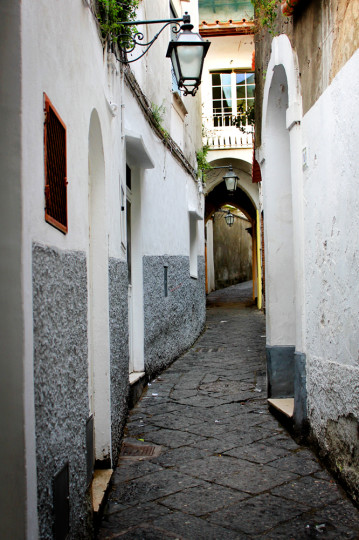 Getting lost in the streets of Capri

After a stroll through Anacapri, passing through some impressive villas and finding some spectacular viewpoints, we returned to the town of Capri for an afternoon gelato, as all good days in Italy require. With the day coming to a close, we descended back to the port area, taking in the view at sunset before returning to Sorrento by ferry. 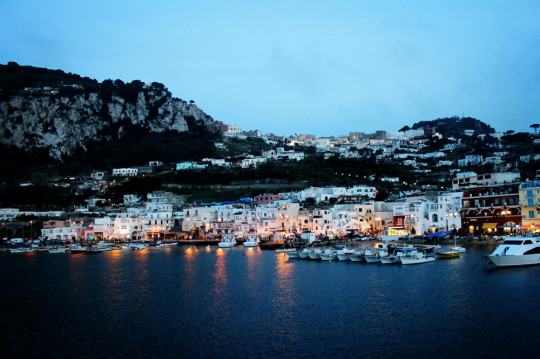 While Italy at Easter can be inundated with tourists, we managed to escape the hustle and bustle of the region by exploring some of Capri’s lovely hidden areas. At just 20-40 minutes from Sorrento or 40-80 minutes from Naples by ferry, a day trip to the island is a must-do for anyone in the area.

Stay tuned for my final recap of this trip: our last day in Sorrento and a brief return to Rome.

Bonus giveaway! I met Roslyn a few months ago at an industry event in Sydney, and she shared with me the free app she’s created, Italian Food Dictionary. If you’re heading to Italy soon or just want to learn a bit of italiano, give it a go! She’s also offered to give away five unlocked versions (with unlimited searches), so if you’re interested, just leave a comment below about Capri or your favorite Italian dish, and I’ll pick five commenters at random. (Disclaimer: I’ve received no reimbursement for this plug – just helping out a fellow travel enthusiast!)