A Fa Napoli! + The Ruins of Pompeii

Fun fact: “A fa Napoli!” in Italian means, “Go to Hell!” but literally translates to, “Go to Naples!” Not exactly a ringing endorsement for Italy’s third-largest city, but would it prove fitting? 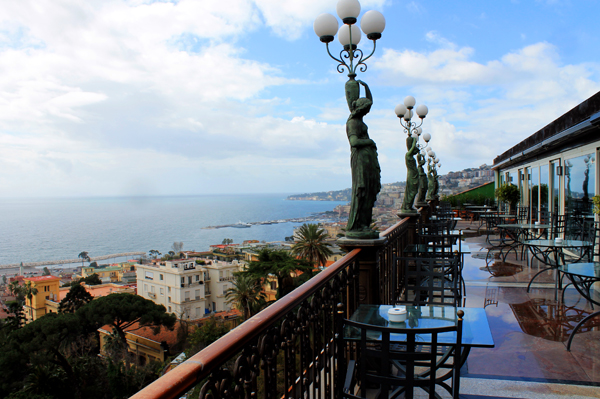 After kicking off our Easter week trip to Italy with a few days in Rome, my mom and I headed south toward our next destination, Naples. We navigated an intercity train to a dodgy metro and then, in limited Italian, found our way up a funicular to the luxurious, five-star Grand Hotel Parkers, where my mom had scored a great deal.

Planning your own Italy trip? Check out this guide to where to stay in Naples on any budget.

Perched atop a hill, the hotel overlooked the Bay of Naples and Mount Vesuvius. We took in the view, appreciated the unusually warm night, and then climbed down steep stairs and winding roads in search of food, settling for one of the few open businesses in the quiet neighborhood, which offered deliciously ginormous pizzas and plentiful glasses of house wine. Did you know that pizza was invented in Naples? How could I not have pizza napoletana for every meal? 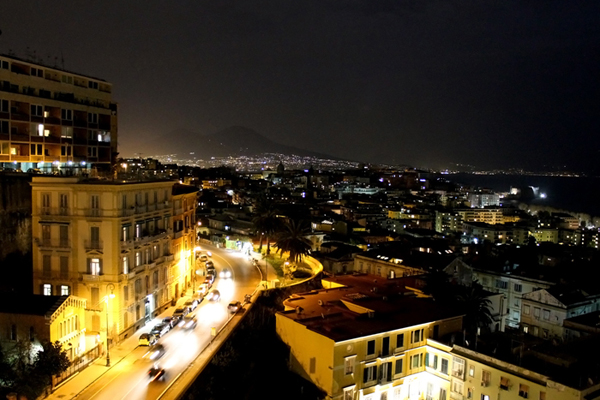 We breakfasted overlooking the bay and then set off to explore Naples’ city center. Naples has a reputation for being dirty, ugly, and unaccommodating to tourists, but, while it doesn’t offer the glitz and glamour found in some parts of Italy, I found it extremely charming.

I could count on one hand the number of tourists we encountered the entire day, and many of the locals we encountered spoke no English, giving the city an authentic feel. No landmark stood out as particularly impressive, and, really, I liked that. Naples was about exploring gritty alleyways, admiring Christmas decorations in family-run shops, and stepping into unassuming churches. 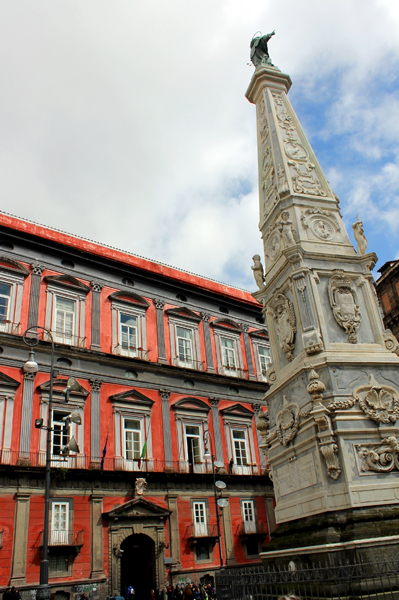 One of Naples’ plazas 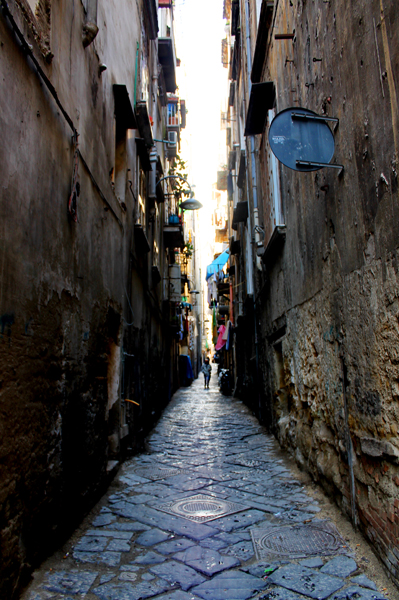 Grazie mille for this invention, Naples.

We stumbled across an art museum that featured a temporary exhibit on Disney art (right up my alley!) before returning to the hotel for some rest and relaxation. For dinner, we roamed the neighborhood until we found another pizza place (when in Naples…). While the waiter’s attempt to overcharge us may not have been a fond memory, I felt pretty smug about my ability to discuss this with him in 100% Italian, even four years after my last elementary Italian class. 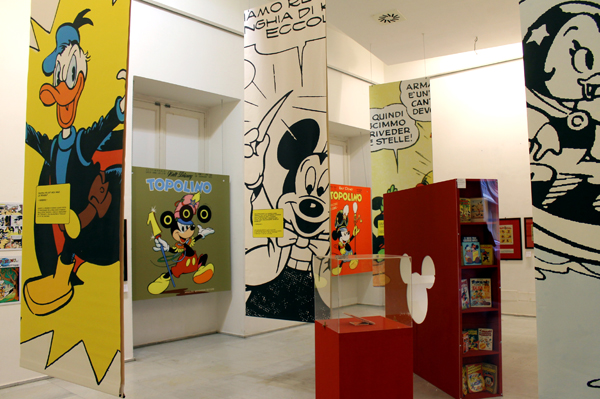 From Naples, we headed toward the great volcano we had seen looming in the distance, Vesuvius, and to the victim of its wrath nearly 2000 years ago, Pompeii. As you may remember from history class, the volcano erupted in 79 AD, killing 16,000 people in neighboring towns, many of which were frozen in time by an immediate onslaught of ash. The city has been unearthed over the last few centuries, with artifacts, buildings, and even people remarkably preserved.

Because the original street layouts and building foundations are still in tact, we immersed ourselves in the city, imagining we were there two millennia ago. As much as life has changed since the Pax Romana, what is most striking is how many familiar sights can be found in Pompeii’s ruins, from snack bars to brothels to graffiti. Definitely a must-see for any trip to southern Italy. 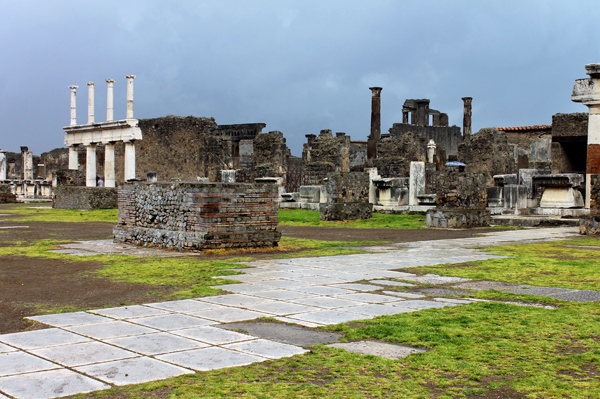 A gloomy day at Pompeii

Next on our agenda, and coming soon on my blog, Sorrento, a charming town that served as base-camp while we explored the Amalfi region. As for Naples and the expression, “A fa Napoli”? If that’s Hell, take me there!