Finish a day of work, head straight to the airport, and board a €20 flight to spend the weekend in a foreign country. Insanely enough, that became standard fare for me while I was living in Spain, with all of Europe just a hop, skip, and a jump away. Now that I live in Sydney, where a flight anywhere will easily set me back hundreds of dollars, it’s been quite an adjustment. Luckily, I live in a city that has no shortage of things to do and see, so, these days, my best vacations are often staycations. 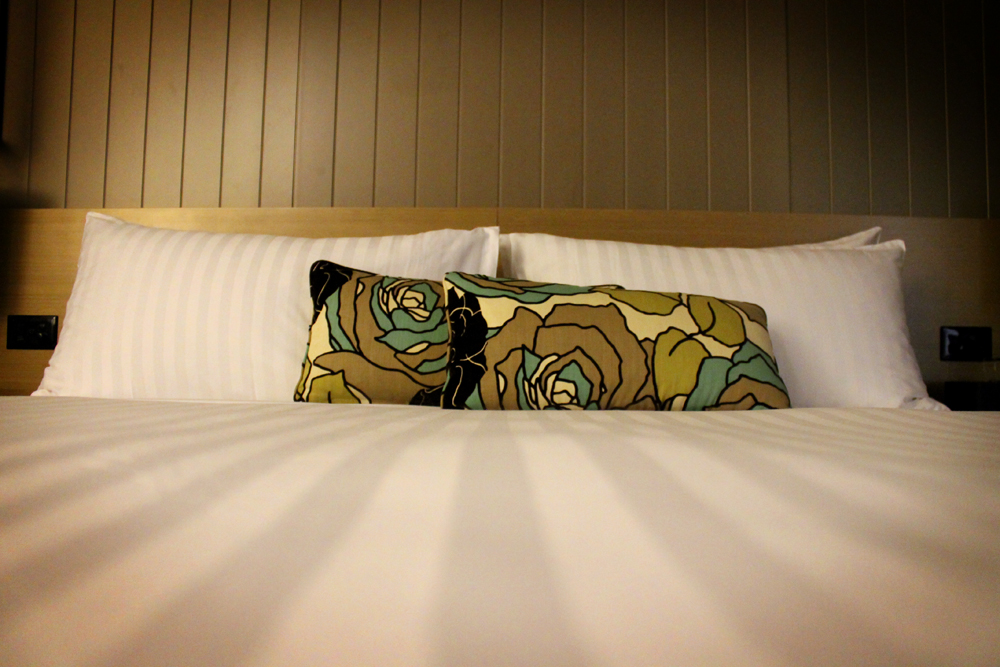 Two weekends ago, as you may have read, I had a fantastic day touring Sydney on the ultimate day out, whose highlights included secluded beaches, a trendy lunch spot, dinosaurs and Australian history galore, and whiskey in a western saloon. To turn the day into a spectacular staycation, we spent the night at the PARKROYAL Darling Harbour, a four-star hotel in one of Sydney’s best locations.

Sandwiched right between Town Hall train station and the popular tourist spot of Darling Harbour, this hotel is perfectly located, just minutes away from all of central Sydney. For anyone visiting Sydney with the aim to see all of the city’s tourist highlights, there are few better areas to stay. On top of that, the hotel offers beautiful views over Darling Harbour. 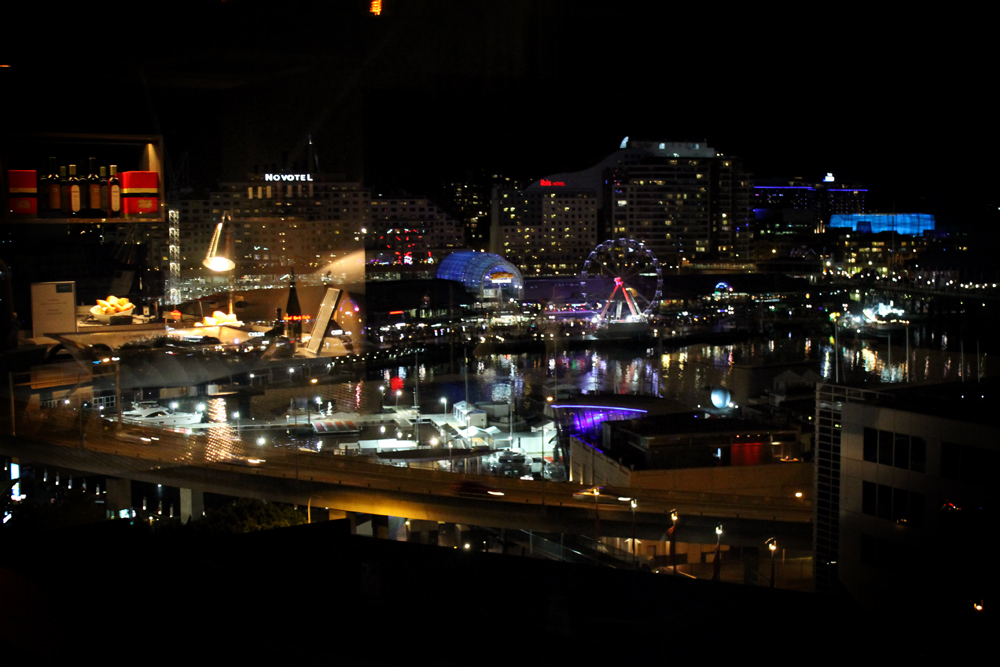 The hotel’s view of Darling Harbour

We checked into the hotel and were given keys to our room on the Club Level – how fancy are we? We were greeted by a modern, spacious room, as well as a welcome fruit plate, but before we settled in too much, we were off to the exclusive Club Lounge to partake in their twilight drinks and canapés, which are offered nightly. 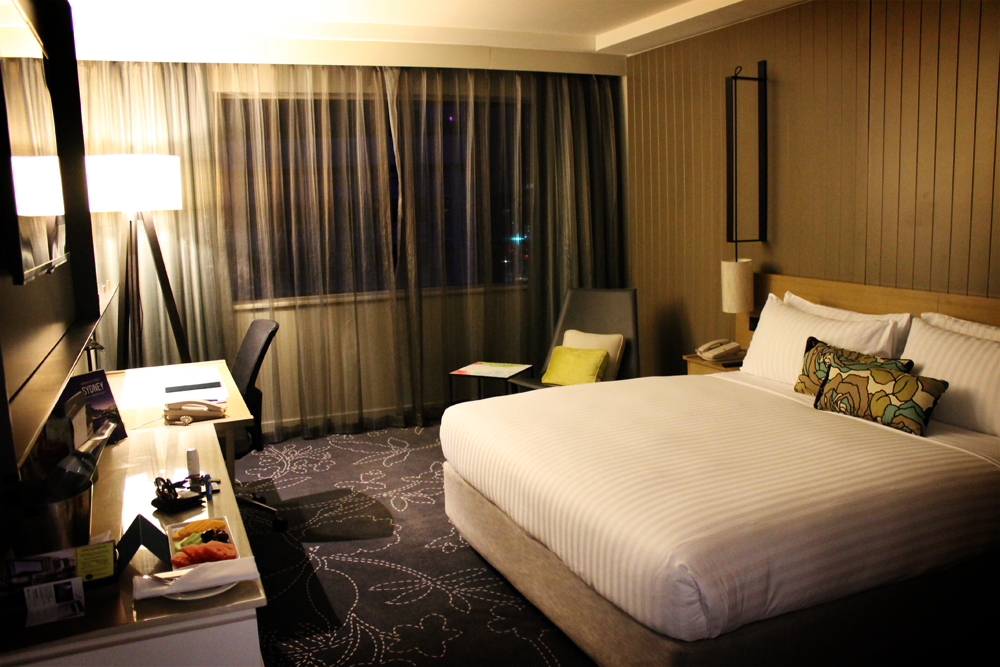 Our lovely room at the PARKROYAL Darling Harbour

There, we had access to a view of Darling Harbour’s colorful lights, an unlimited assortment of champagnes, wines, and beers, and a wide array of canapés, including a cheese plate, dips, soup, lamb, and more, enough to fill us up for dinner. Darling Harbour offers fireworks (almost) every Saturday night, and the lounge would have been an ideal spot to watch these from, but, unfortunately, they were on hiatus that week due to the Sydney International Boat Show. Oh well, more incentive to return another time! 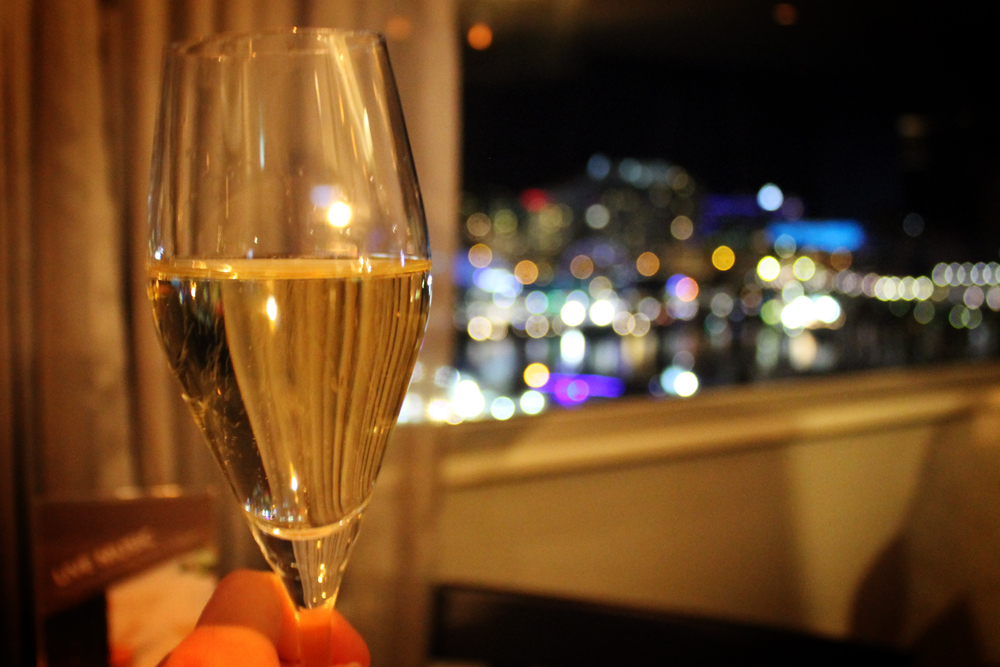 Well satisfied after a few hours spent in the Club Lounge, we turned in, treating ourselves to a Fresh Prince of Bel-Air marathon on the room’s massive flat-screen TV…because why not?

The next morning, we took advantage of the Club Lounge again to enjoy their complimentary breakfast. I’ve had my fair share of hotel breakfasts around the world, ranging from simple toast in hostels to muffins and fruits in nicer hotels, but this one was by far the most impressive that I’ve experienced. On offer were cereals, baguettes, pastries, potatoes, sausages, eggs, bacon, pancakes (made fresh in a pancake machine!), smoothies, cheeses, nuts, quinoa, fruit, and loads more. There was no way we were going hungry that morning as we took in the daytime view of Darling Harbour. 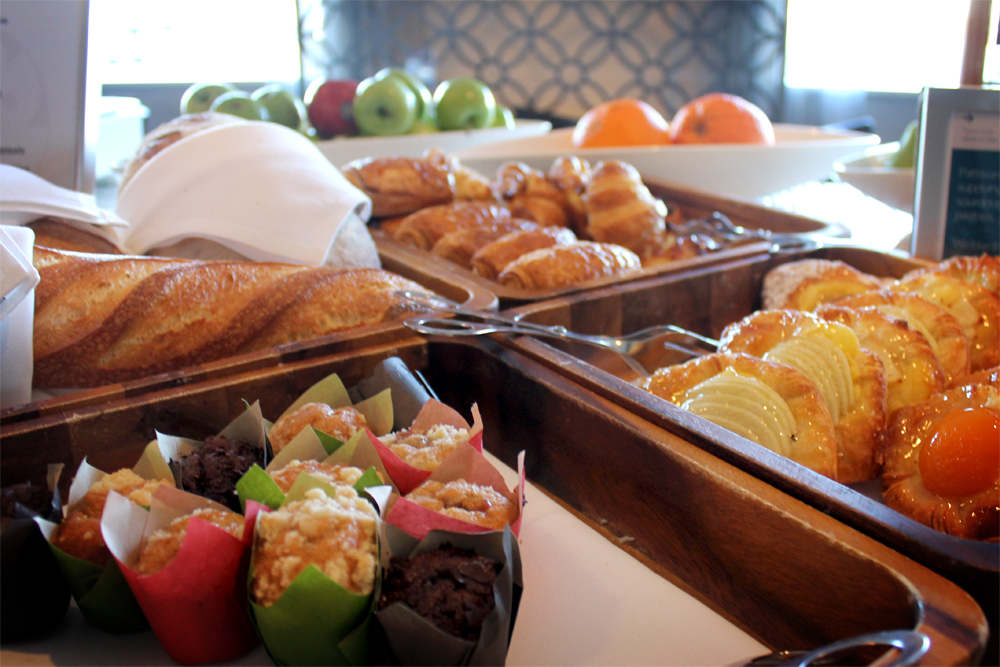 Just a fraction of the Club Lounge’s breakfast offerings

Other perks of PARKROYAL club rooms include complimentary internet access, a guaranteed late check-out (sleeping in, heck yes!), access to the Club Boardroom and business facilities, and all-day refreshments. For non-Club guests, the hotel also boasts a gym, restaurant, bar, and all rooms are equipped with the amenities essential to a comfortable and luxurious stay. Between the the location and the fantastic rooms (which start from $195 Australian/$144 U.S. a night), I would recommend the PARKROYAL Darling Harbour to any friends or family visiting Sydney.

My ultimate Sydney day out showed me the city in a whole new light, giving me a newfound appreciation for the place I currently call home.  The only question is: where to on my next staycation?

Disclaimer: I was a guest of PARKROYAL Darling Harbour, but all opinions are entirely my own.