8 Reasons Banks in Spain are the Worst

Spanish banks: can’t live with ’em, can’t live without ’em. If you’ve spent time living in Spain, you know all the frustration, pain, and stress that comes from having a Spanish bank account. If you’ve never opened an account in Spain, consider yourself among the luckiest people in the world. They are the absolute worst. Yet I persevered and triumphed, and here I stand today, unbeaten, here to tell you my tale of sorrow and explain to you in 8 points why I am thrilled I may never set foot in a Spanish bank again. (Let me, in tiny text, make clear to any sensitive readers that this is no critique of Spain as a whole, and I recognize that bureaucratic institutions in every country have their flaws. After two years, I deserve a chance to rant about my Spanish banking experiences, gosh darn it!) 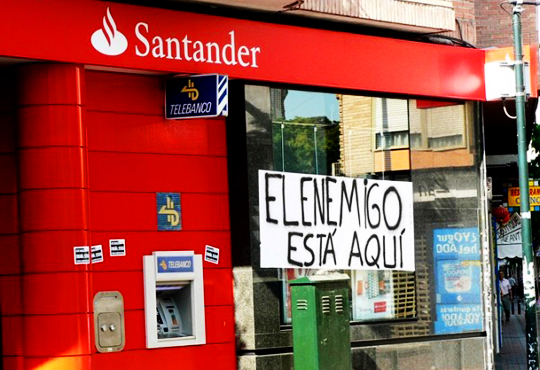 “The enemy is here.”

1. A million hidden fees
Want to open an account? Here, let’s charge you a fee. Depositing a check? Hmm, yes, let’s take away another few euros. You’ve gone a few weeks without account activity? Perfect, that’ll pay for our next caña! Have a last name that starts with Q? Congratulations! You’ve been secretly chosen to pay us five euros! Have two eyes and a nose? Excellent reason for us to take some more out of your account! Spanish banks love to charge mysterious fees for anything and everything, fees that will be charged one month but not the next, to you but not your friend, and with no explanation at all. Deal with it. Fortunately, I managed to get charged very few of these over the years, but I’ve heard a million horror stories. Beware.

2. The sovereign sucursal
Spanish banks seem to have a deep-seated belief that no one in the history of the world has ever moved. Not to another neighborhood and certainly not to another city in Spain. Why else would they make it impossible to conduct any business from another branch of the same bank? When I changed apartments in Sevilla, my sucursal, the bank where I had opened my account, was about a 45-minute walk from home, and when I moved to Madrid for my second year as an auxiliar, it was a 7-hour bus ride away. But that didn’t change the fact that if I needed to change my address, transfer money, fix a demagnetized card, close my account, or do any other simple bank procedure, I was required to go alllll the way to deep Triana, Sevilla to do so. Completely logical…if you’re living before the invention of computers.

3. Why rush?
Spanish banks are about as quick and efficient as the Ents in Lord of the Rings. There’s often only one person attending customers at any given time, and he graduated from Lollygag University with a Bachelor’s in Dilly-Dallying. Might as well bring a cot any time you have to do any business at a bank — you can ask the standard, “¿Quién es la última?” take a full siesta, and you’ll still be waiting in line. 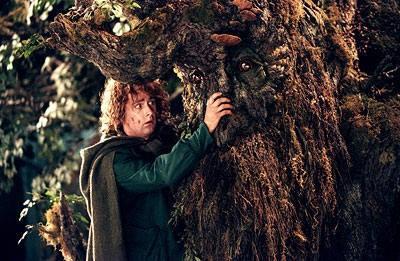 “It’s been going for hours.” “They must have decided something by now.” “Decided? No, we have just finished saying, ‘Good morning.'”

4. The world’s least convenient opening hours
Most banks in Spain are open just Monday through Friday from 8:30am to 2:30pm. Perfect if you’re unemployed. For those of us with jobs? Out of luck. Fortunately, I had Fridays off, but if I ever had to get anything done at a bank, I had to plan weeks in advance so I could make their schedule. Because you couldn’t possibly expect anyone to work more than six hours a day or use a shift system!

5. Online banking? Maybe in another few decades
Hey, bank! That’s really cool that you have an online banking system where I can view my recent transactions! I just need to change my contact information now that I’ve moved to Madrid! So I’ll log into my online account and type in the new address. Easy. What’s that? I have to go all the way to my sucursal to do that? Oh, okay. If you say so. But I can do a quick transfer to another Santander account via the internet, right? No? System errors? Oh. So, um, what exactly is this “online banking” system for, then? Well, phew, I’m just praising the lord right now I can at least view my account balance and transactions via your website. You’re only about one decade behind the rest of the world. I’ll get back to you in 2044 when your online system serves any of its promised functions.

6. Who needs friendly customer service?
We customers are the entire reason these banks are in business, so that means employees will go out of their way to help us and be friendly, right? Think again. Rude employees, zero attempts to solve banking problems, no knowledge about anything bank-related. I get that the American idea of customer service (overeager, almost fake cheerfulness) differs from most of the world, but, come on, I’m letting you play with thousands of my euros, and I’m just asking for a little help. Obviously, I’m not exactly their most profitable customer, but rarely do I see them helping out their valuable customers either. That said, I have, shockingly enough, encountered a handful of incredibly friendly and helpful Santander employees, and every time I have, it’s just about made my week. High five to the few of you! 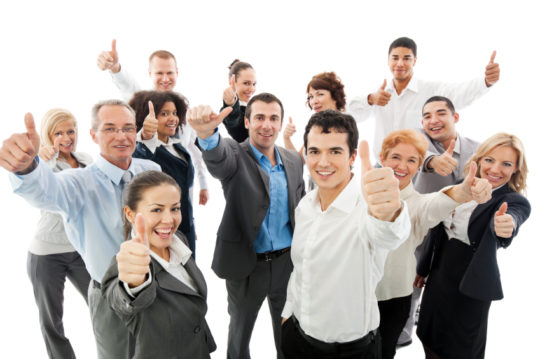 7. Inconsistency is their specialty
When I needed to transfer money to my U.S. account recently, I talked to at least 10 people at at least 5 different bank locations, asking questions about how the money transfer would work, how much it would cost, and how long it would take. How many of those answers overlapped? Zero. Or, there’s my friend who asked her bank how much it would cost to withdraw money abroad with her Spanish ATM card, was told it would be around three euros, and then got slapped with a €20 fee when she actually did an international withdrawal. Apparently, there is zero communication between bank branches or even employees working ten feet away from each other, and no one has the answers to anything. Maybe they’re just constantly inventing information, Cliff Clavin style?

8. Good luck depositing a check
While I was fortunate enough to be paid by direct deposit last year, this year, I entered a whole new world of Spanish checks, as my school paid me monthly by check. ‘Kay, cool, no problem; I’ll just go feed this into an ATM like I do with my checks in the U.S., right? Nope. Gotta go into the bank itself to deposit it. Fine, easy enough. But it can’t just be any bank. It has to be the exact location where the check was written. And if I try to deposit it directly into my account, I’ll be charged a fee. So I have to walk into the office, wait fifteen minutes for Mumbly Mustache Man™ to figure out what he’s doing with the customers ahead of me, and explain to him that I need him to exchange my check for cash and then manually deposit that cash into my account, which, by the way, I’ve explained to him every month, and he still gets confused about what I need. Thanks for the memories, Mumbly Mustache Man™. 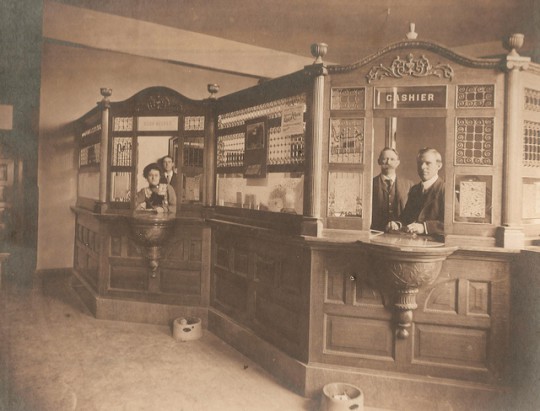 Modern photo, taken in 2013, of a Spanish bank. Actually, this one may very well be decades ahead of Spanish banks.

Having had a Spanish bank account for two years without ever getting majorly ripped off may be the greatest accomplishment of my life. Hold the applause, please. Next in my “Spanish Banks are the Absolute Worst Oh My God I Can’t Believe I Survived Having an Account for Two Years I’m So Sorry to Those of You Who Still Have One but If You Can Survive This You Can Survive Anything” series, tips for successfully surviving a Spanish bank. In the meanwhile, think of your relationship with a Spanish bank as an adventure, because you’re in for a bumpy ride.