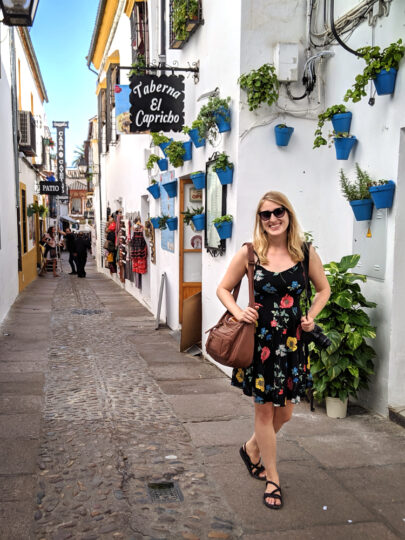 Back in my beloved Spain! A day trip to Córdoba

A lot has changed about Venga, Vale, Vamos over the past few years: I’m no longer a full-time traveler, I’ve had less time to write posts and interact with the blogging community, and, well, honestly, I have bigger personal and professional priorities these days. That said, this blog has always been and always will be one of my great loves. I’ve been sharing my travel adventures and tips on here for more than eleven years, so I may be quieter than before, but I’m not about to go anywhere!

After moving back to Los Angeles in mid-2017, I spent much of 2018 focusing on my career and adjusting to a non-nomadic lifestyle. 2019, though, was a fantastic year for finding balance. Most importantly, in February, a job offer gave me the encouragement I needed to leave an incredibly toxic work environment and move to a far more positive, fulfilling role. The best part? Better remote flexibility at this job means I’ve been able to work full-time while also squeezing in plenty of travel. Plus, I get to commute by train (yes, L.A. does have public transportation), saving me from the nightmare that is Southern California traffic. 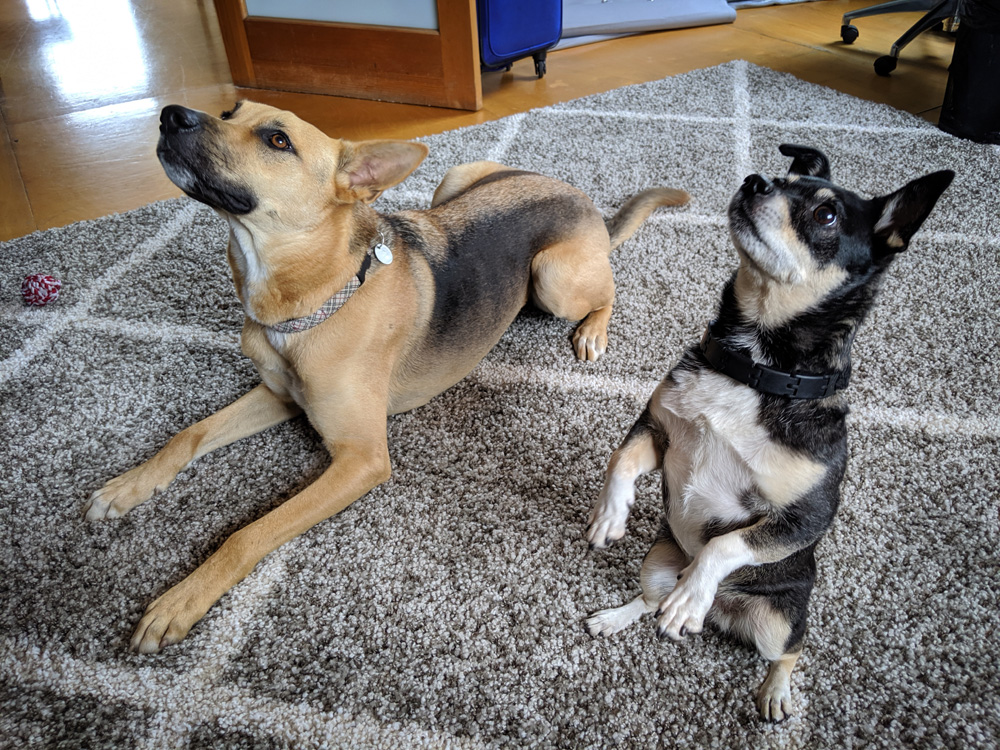 Another big perk of the new job? Office dogs!

Outside of work and travel, I met some great people, deepened existing friendships, stayed politically active with volunteer opportunities, and made the most out of life in L.A.

Another major highlight of 2019: I began volunteering at a local animal shelter, NKLA, where I get to hang out with some of the greatest dogs in the world. If you follow me on Instagram, you may have seen approximately 50,000 photos of dogs in my stories this year. Sorry not sorry. And if anyone reading this happens to be looking to adopt a pet, let me know! I know some great ones looking for good homes.

But this is a travel blog, so let me shut up and share my adventures of 2019!

To kick off the year in travel, we planned a trip to San Francisco to catch a comedy show featuring the real loves of my boyfriend Truman’s life, several of the stars of Mystery Science Theater 3000. We traveled by overnight bus, which quickly made it apparent I’ve lost my backpacker ability to sleep anywhere and everywhere. Despite my sleepiness, we we spent a lovely weekend strolling around one of my very favorite cities and eating delicious food. And Truman even had short conversations with some of his lifelong television heroes. 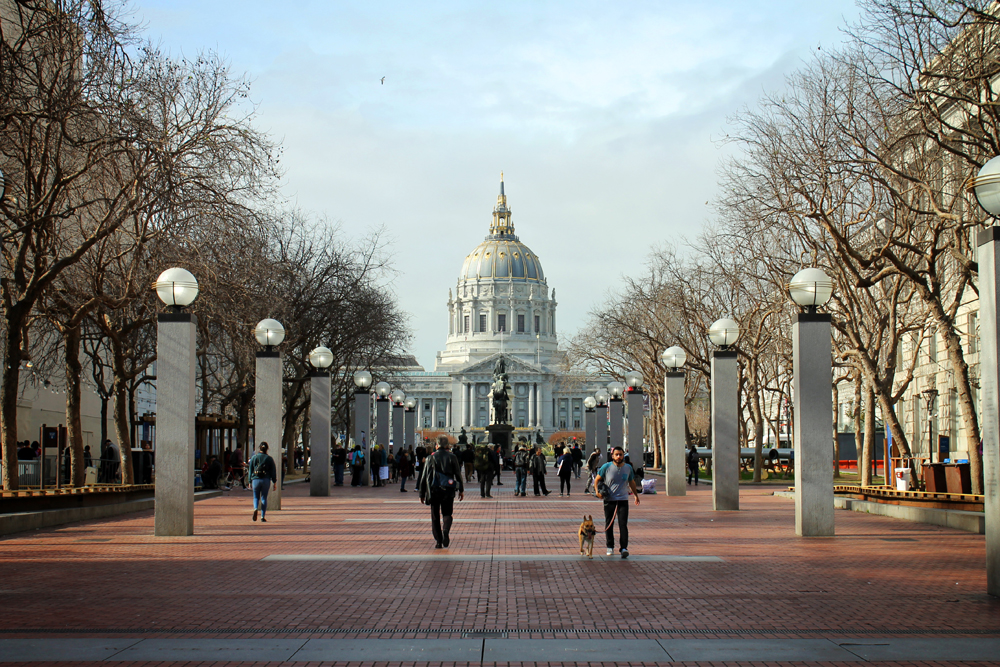 In mid-February, I mercifully said goodbye to that terrible aforementioned workplace. With a free week between jobs, I jumped on a flight to my 73rd country, the Dominican Republic! First, a 13-hour layover in Atlanta, Georgia gave me the chance to explore a city I’d never visited. I squeezed quite a bit into that layover, dining at Waffle House, visiting the World of Coca-Cola, seeing Martin Luther King’s birth house and grave, and touring Gone with the Wind author Margaret Mitchell’s house. 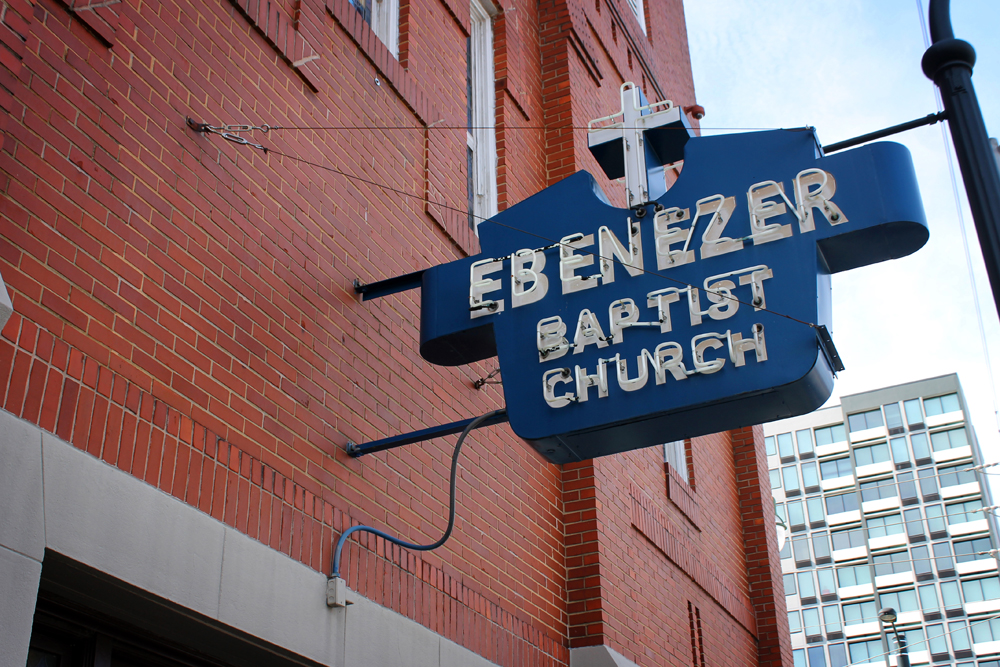 From there, I flew to Santo Domingo, where I spent a few days staying at the beautiful Island Life Hostel, wandering around the colonial old town, and seeing other highlights of the area. I also took a day trip to the crystal clear waters of Isla Saona. I love visiting new countries, and I especially love traveling Latin America, so it was a fantastic way to brush off the old job and prepare myself for the new. 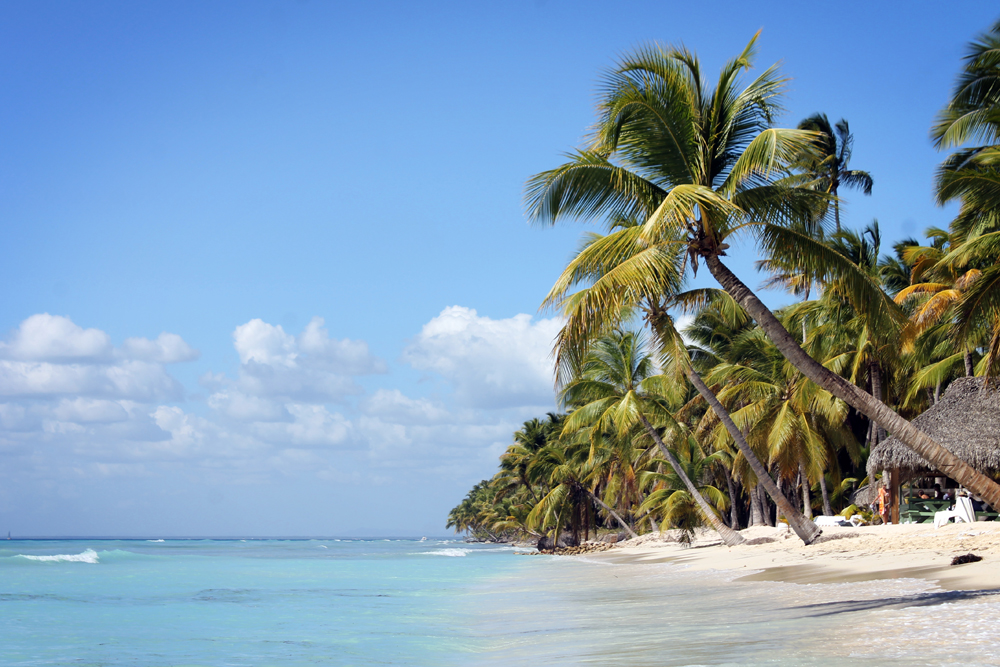 March kept me in Southern California as I settled into my new job. Some highlights included visits to Disneyland and Knott’s Berry Farm (you’ll be hearing lots more about Knott’s this year, as I was chosen to be an ambassador for Knott’s 100th anniversary celebration!), a Downtown L.A. food tour (distinct from the one I wrote about last year), and volunteer work with the dogs of NKLA. 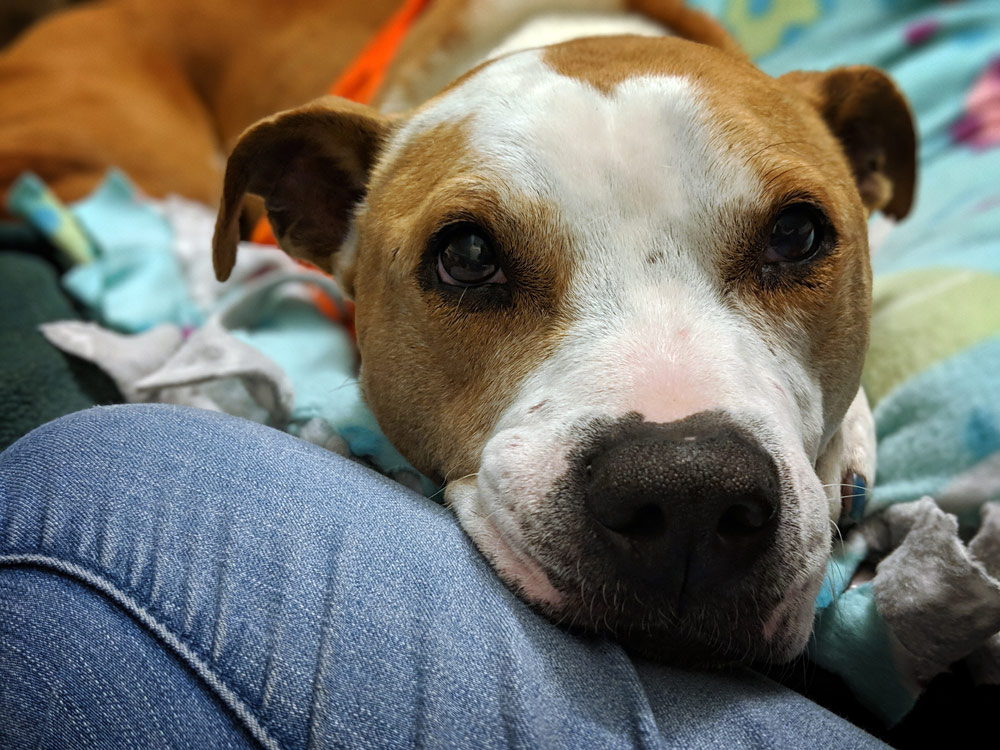 One of my new dog friends

For the second year in a row, I joined Truman’s family for their annual visit to Palm Springs, California, a lovely weekend of soaking up the sun and relaxing by the pool. Later that month, friends and I headed to Big Bear for a cabin getaway, board games, and hiking. 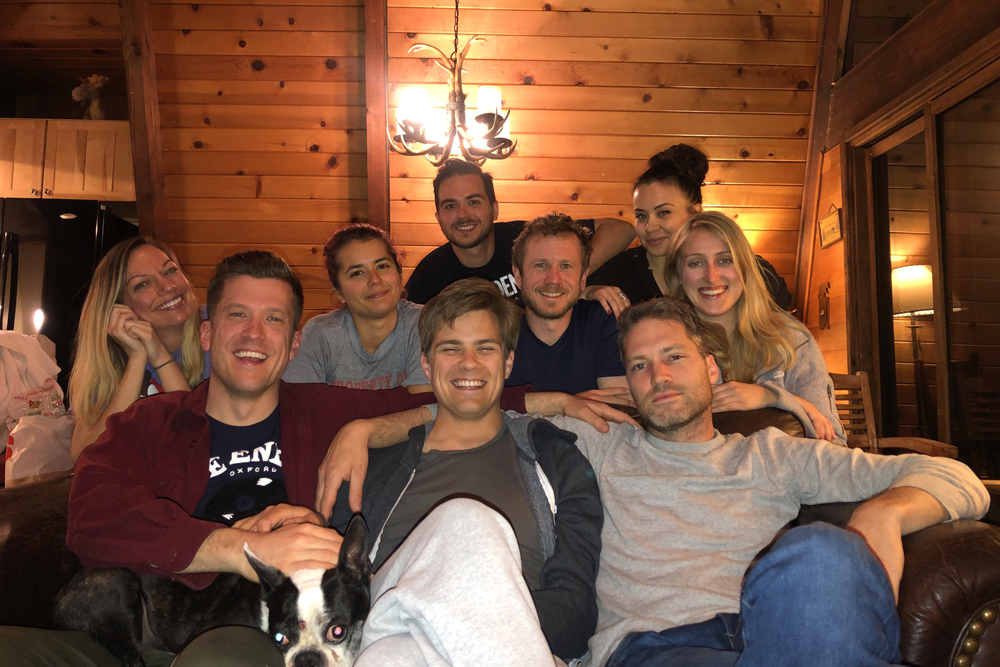 May marked a big milestone: my 30th birthday! And while the real birthday celebration came a few months later (see September), I spent the weekend before my birthday in Toronto, Canada. Toronto had long been on my bucket list, and it proved to be a perfect place to put a lid on my 20s. 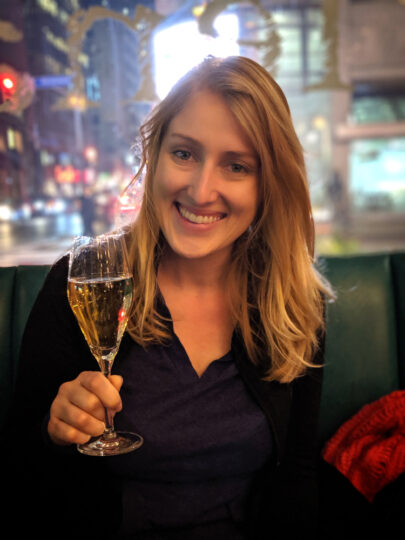 Toasting to 30 in Toronto

2019 was a big year for birthdays: while I turned 30, my mom turned 60. My sister, sister’s boyfriend, aunt, and uncle flew out to honor her birthday in a Malibu mansion. The weather was dreary, but the company was fantastic. fLater that month, my mom and I continued the celebration with a ziplining day trip in the mountains near L.A. 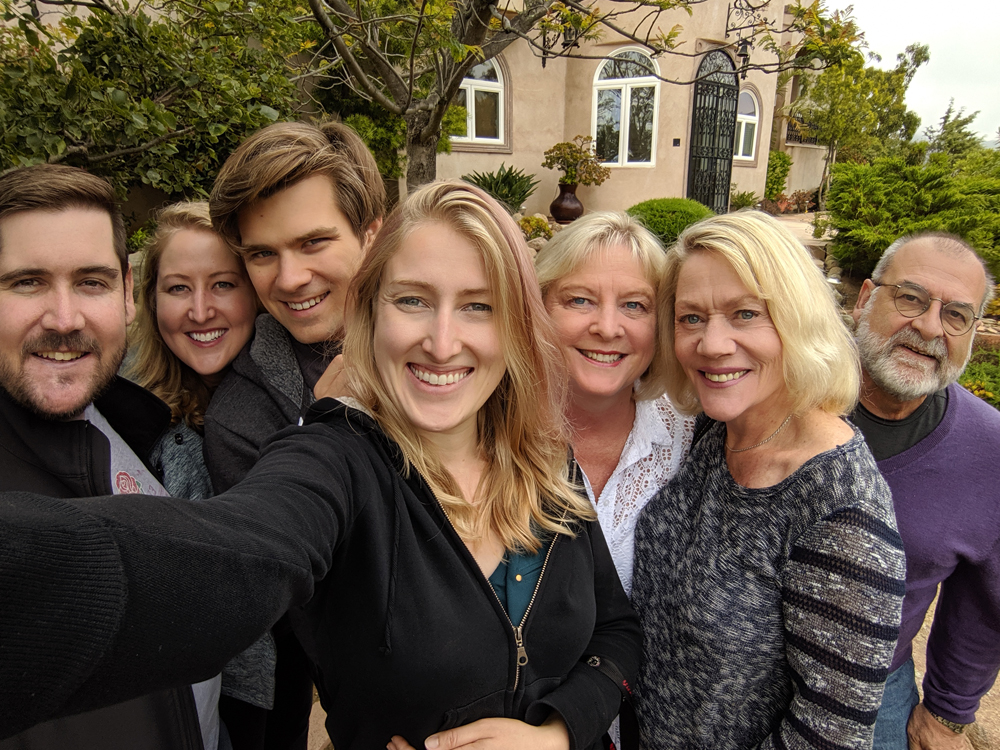 With a day off for the Fourth of July, I flew to Portland, Oregon to watch fireworks with Truman’s family, eat all of Portland’s fabulous food, and attend the beautiful wedding of two of my Truman’s college friends. 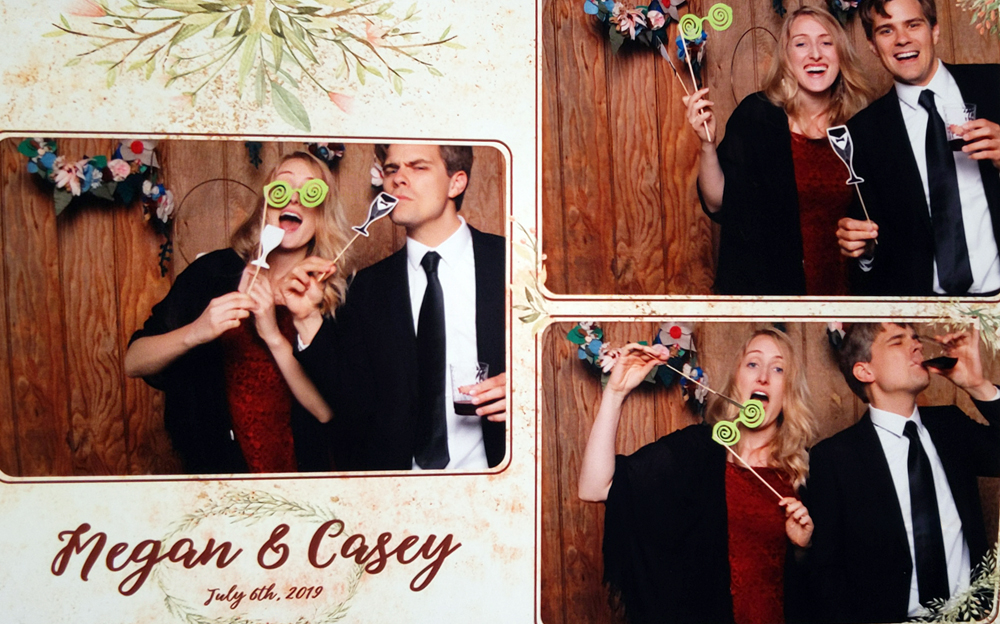 When I said it was a big year for birthdays, I wasn’t kidding. My stepmom turned 50 later in the year, and in July, I hopped over to rural Basye, Virginia to surprise my grandma for her 80th. It was a lovely weekend of picnicking, wine tasting, and reconnecting with family members I hadn’t seen in years. And my grandma could not have loved the surprise more. 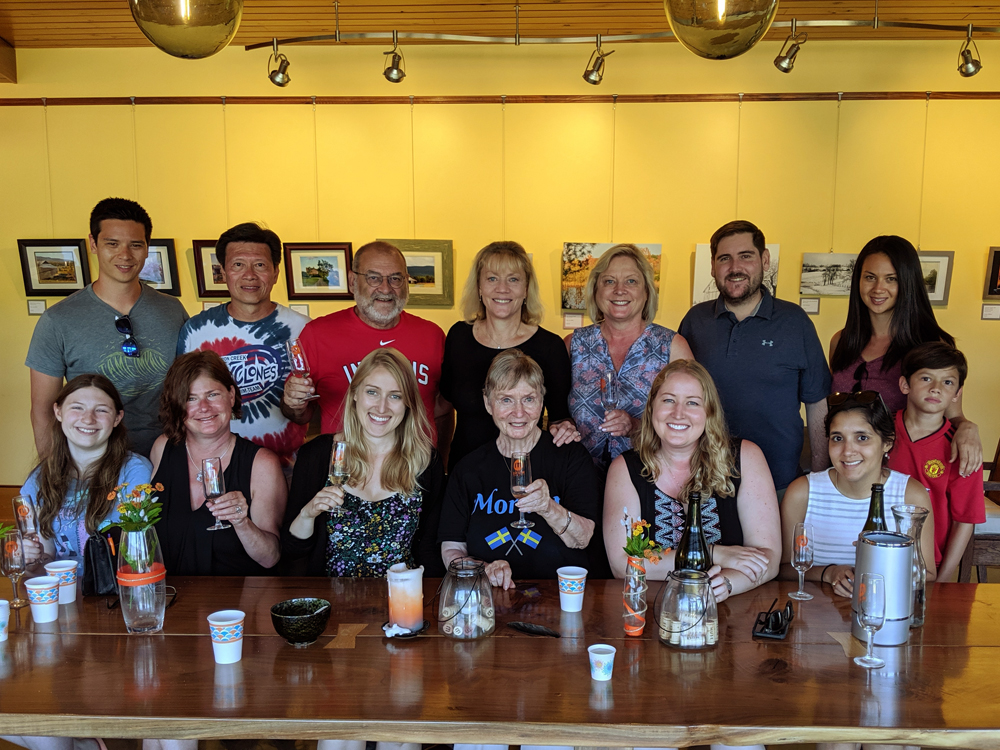 In August, I traveled down the coast to Tijuana, Mexico to attend the wedding of one of my study abroad friends I met in Spain. I saw several of the people who made my study abroad experience as special as it was and explored Downtown Tijuana by day. Few think of Tijuana as Mexico’s most enticing destination, but in a country as big as the U.S., it’s pretty cool to drive just a few hours and be in an entirely different country. 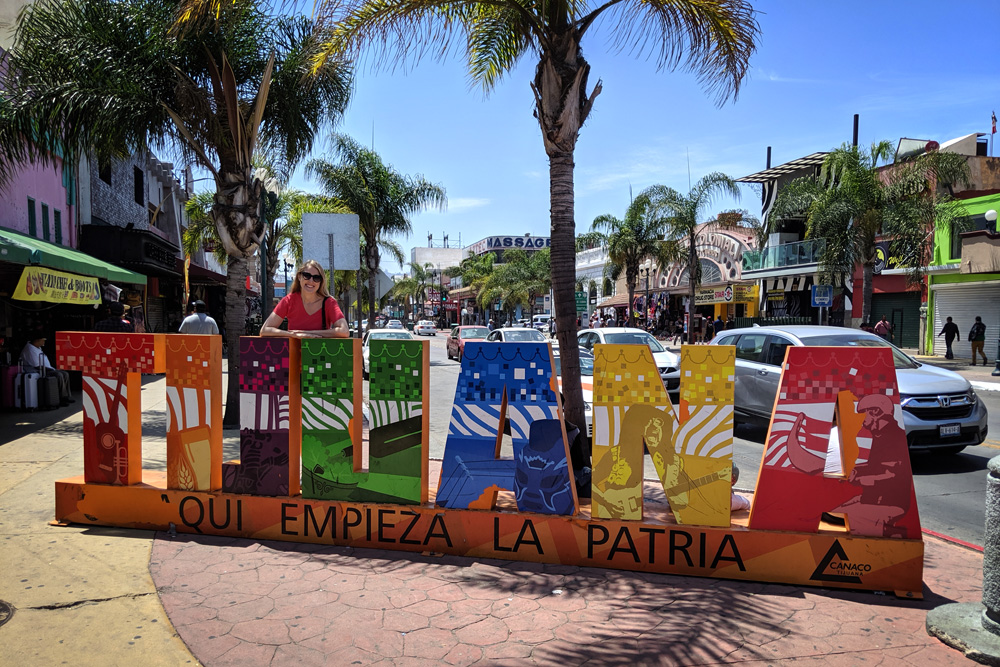 Orange County may only be about an hour away from home, but it felt like a true vacation when we used complimentary Metrolink train tickets to take a daytrip to San Juan Capistrano. We explored its charming downtown and the 18th century Spanish architecture of its famed mission. 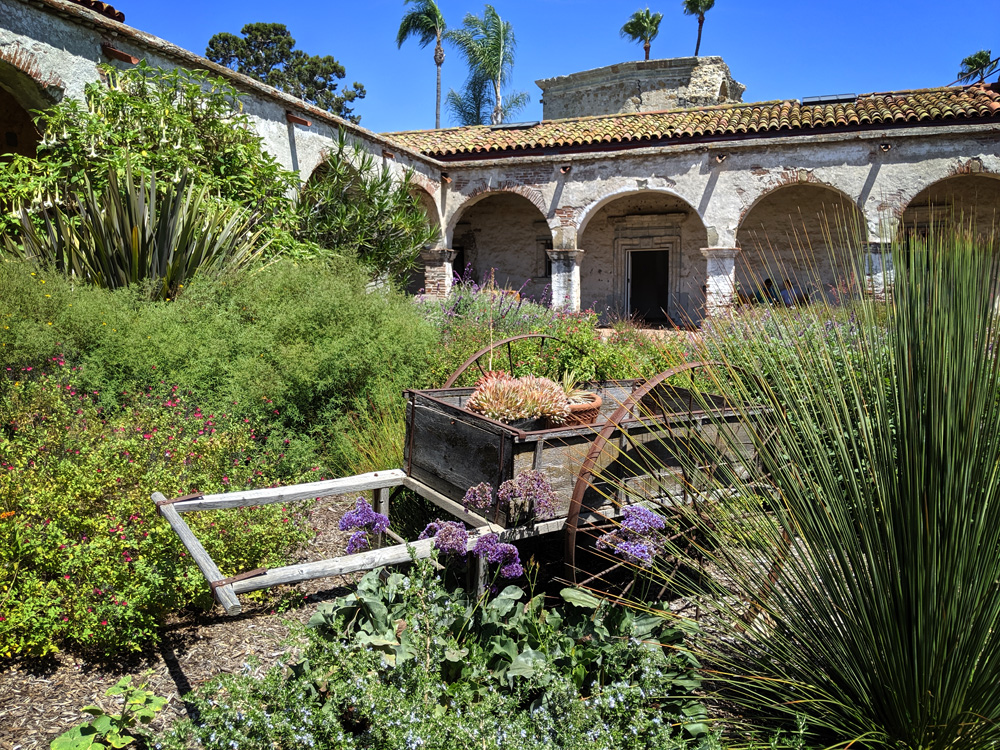 Later that month, we organized a camping trip in Angeles National Forest above Los Angeles. Great friends, beautiful views, and a gorgeous sunset. What more could you ask for?

Friends from Australia spent Labor Day weekend with me, giving me the perfect excuse to explore L.A. The following weekend, I returned to Big Bear for Jessica, my friend of nearly 25 years’, bachelorette trip. We boated around the lake, sipped wine in a jacuzzi, embarked on an epic scavenger hunt, and all in all had a magical time honoring Jessica. 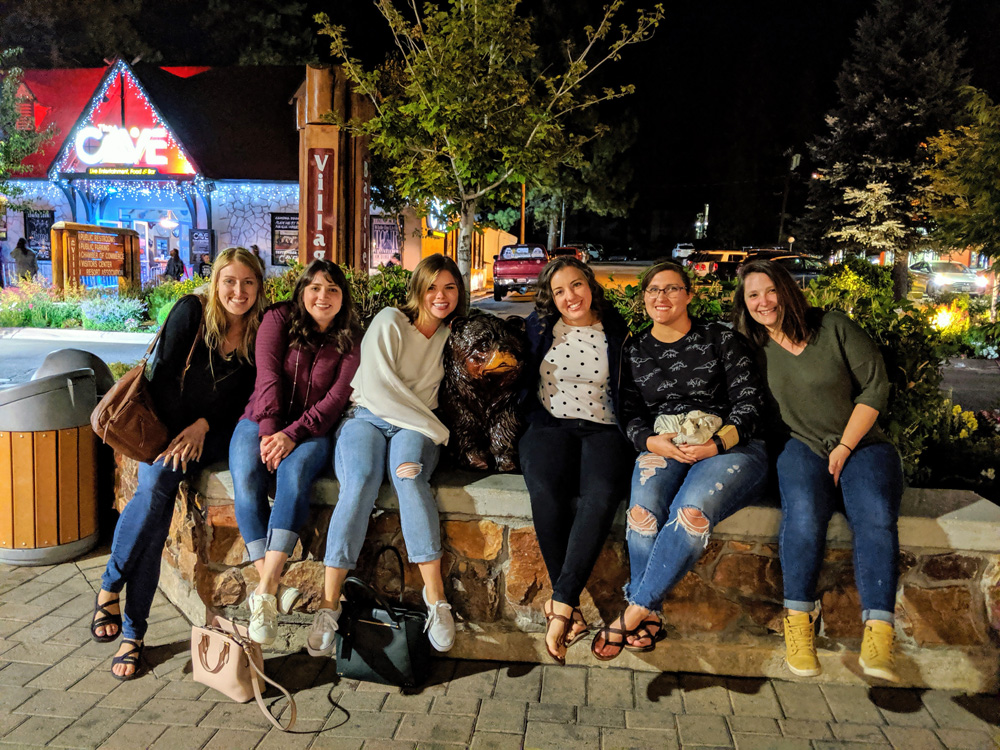 And then came the real birthday celebration I alluded to earlier: two weeks back in my favorite country in the world, Spain! There’s not a day that goes that I don’t dream about Spain, and after two and a half years away, I was more than ready to go back. This time, I also got to drag my boyfriend along and show him exactly why it’s the country of my dreams. 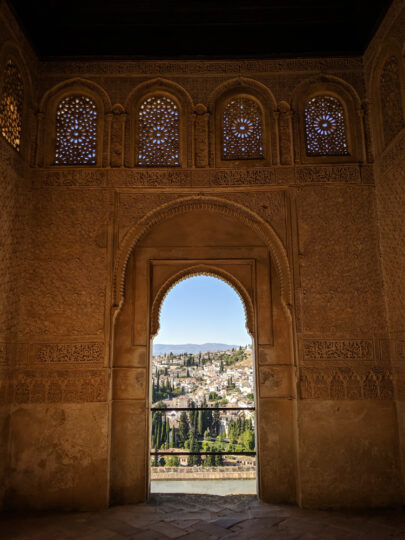 We started in Madrid, where we met up with my mom, aunt, and friend Milla, all of whom were visiting from abroad. Our stay in Madrid included a day trip to Toledo, led by my Madrileño friend Pedro I met in Sydney. From there, we caught a train down to Sevilla. I lived in Sevilla the year after college, and somehow it just gets more and more charming with each return. While there, we visited Córdoba for a day. Next, we headed to Granada, a city I’ve loved deeply since I was 17 and have only learned to love more over time. And we finished our trip with a return to Madrid and a stay in a idyllic Airbnb.

We ate a ton (including an amazing food tour of Granada!), drank to our hearts’ content, wandered among Spain’s truly stunning architecture, and just had the most fantastic time remembering why Spain will always occupy a massive portion of my heart. I can’t wait for my next trip. 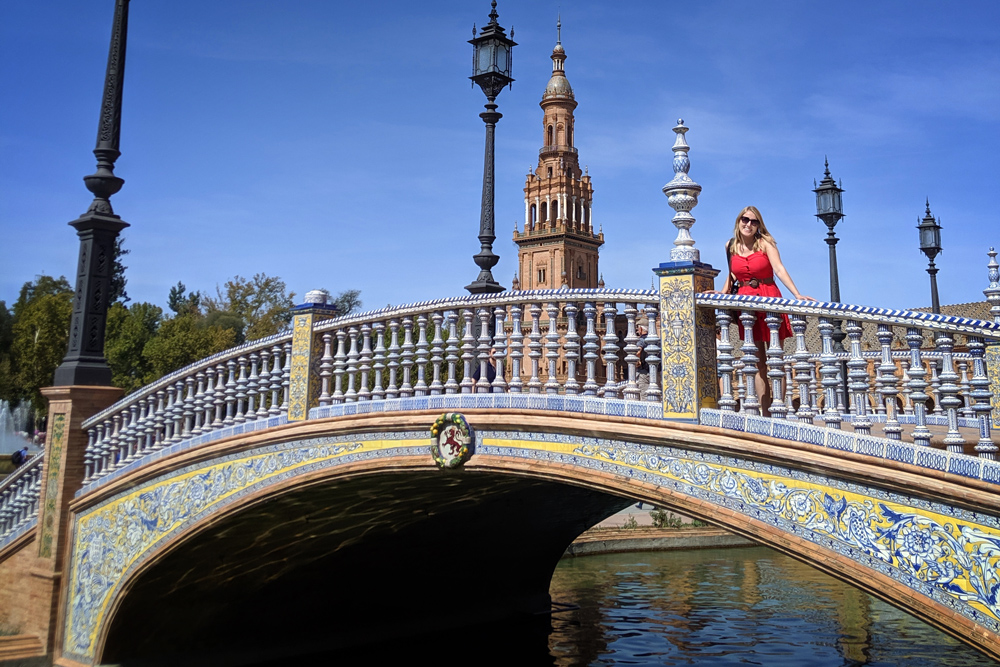 We wrapped up our Spain trip in early October and headed back to L.A. for my dear friends’ wedding. I wouldn’t normally consider Disneyland trips “travel” since I make them so often, but later in the month, I stayed in Anaheim, California for a few nights for a work event that, of course, included a few visits to the parks. Staycations are even better when your work is paying for them! 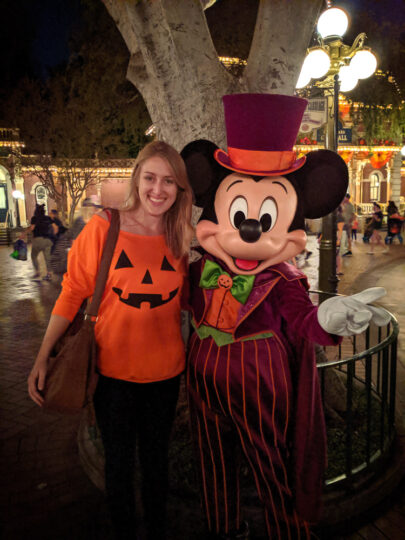 In November, I played host and tour guide to my friend I met in Georgia and Azerbaijan, giving me another great reason to explore L.A. like a tourist. I also spent a cousins’ weekend in Washington D.C. celebrating my sister and cousin’s birthdays. I’ve lost count of how many times I’ve visited D.C. now, but I love the city more and more each time I go. 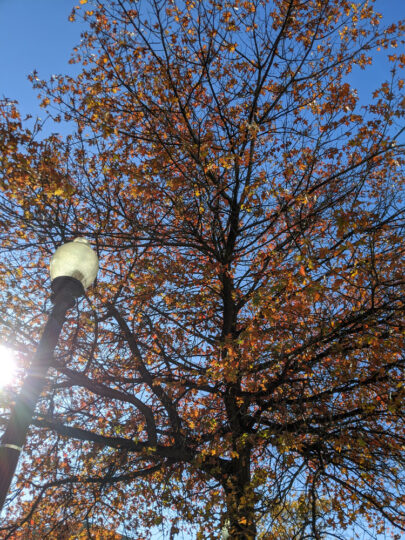 The big plan for Thanksgiving was a road trip to the Grand Canyon with a stop in Las Vegas along the way. What normally would be a four-hour drive to Vegas turned into almost ten, thanks to a massive snowstorm stopping traffic on the way. We did eventually make it, and we celebrated the holiday and Truman’s birthday with a late night buffet before walking around the casinos.

However, we learned the next morning that the roads between Vegas and the Grand Canyon had been closed for snow. Our Grand Canyon dreams dashed, we shuffled our plans around and instead spent the weekend in Phoenix. Not the world’s most exciting destination, but we had a surprisingly good time—and some fantastic meals—there. Plus, I got to make a quick stop in my beloved annual vacation spot, Parker, Arizona, along the way. 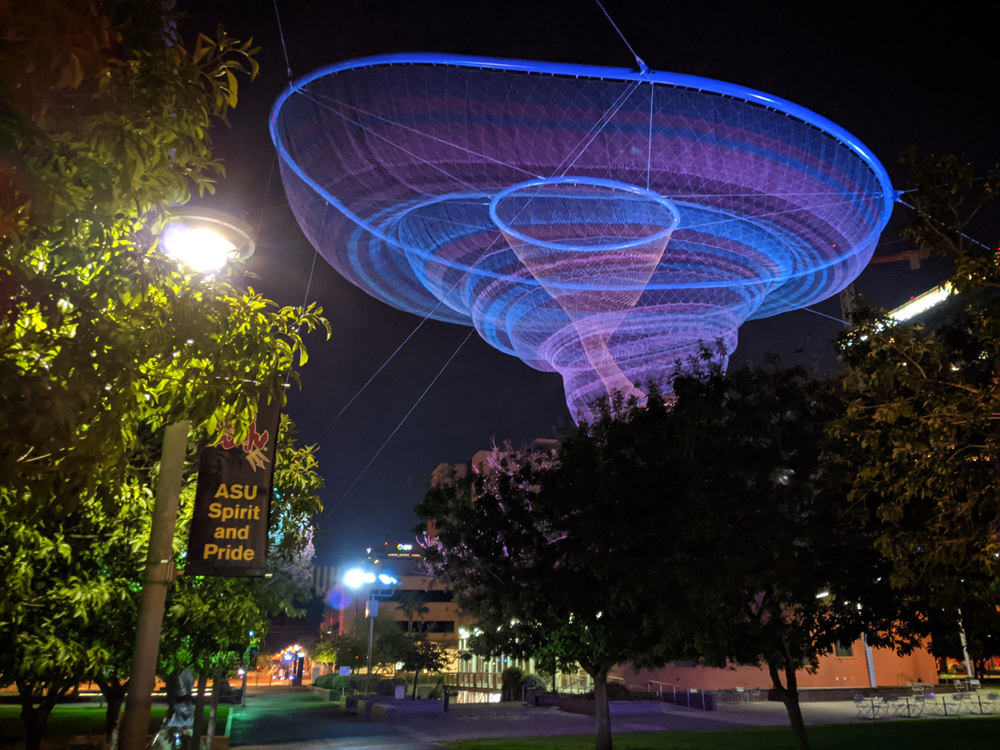 Just before Christmas, I fit in a quick trip in to Portland for early celebrations with Truman’s family and friends. Though I worked through the holidays, I had a lovely family Christmas and co-hosted a New Year’s gathering that was one for the books. And with that, I kissed the decade goodbye. 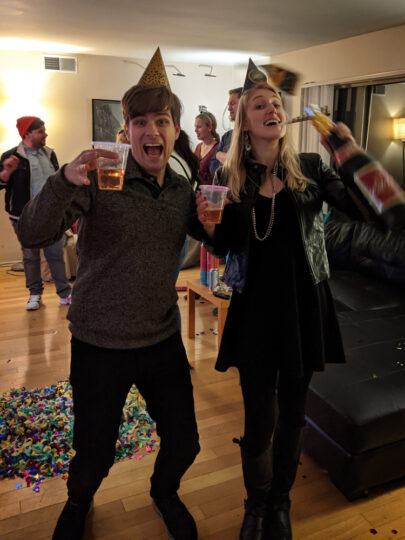 The 2010s afforded me more travel than I could have ever dreamed of. I began the decade living in Spain, went back to live there two more years, lived in Australia, and traveled to hundreds of destinations across six continents. The 2020s will likely be much quieter on the travel front, but I’m eager to see what lies ahead. This year, I’ve already started an Arabic class, visited New Orleans, and gotten super involved in political volunteering—and there’s so much more to come, which I’ll be sharing along the way. Thanks to all of you for more than a decade of Venga, Vale, Vamos. To quote President Jed Barlet, what’s next?