Another year in the books already! Just a few days into 2016, I’m going to make a bold prediction: this will be one of the best years of my life, on account of a big travel announcement I’ll save for an upcoming post. That said, 2015 was also quite the year. Though it didn’t take me to as many destinations as other years have (see my recaps of 2011, 2012, 2013, and 2014), I marked my second anniversary of moving to Australia and continued exploring the country and beyond. Here are my travel highlights from 2015. 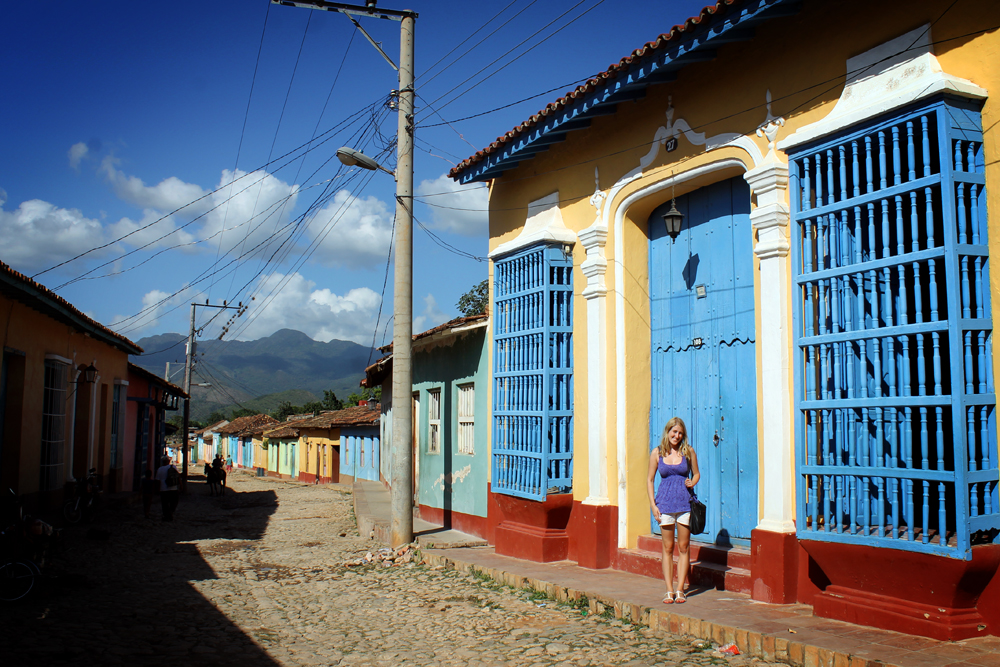 Wrapping up 2015 in Trinidad, Cuba

I kicked off 2015 at home in Pasadena, California with a special visitor (my Aussie boyfriend on his first trip to the U.S.!) and in the first few days of the year had a blast showing him around my hometown, my college, Disneyland, and more. Then we were off to Fiji for an extended layover, spending time on Beachcomber Island, Malolo Island, and the mainland. Back in Sydney, I caught a few Asian Cup matches (go Socceroos!) and enjoyed the Australian summer with friends. 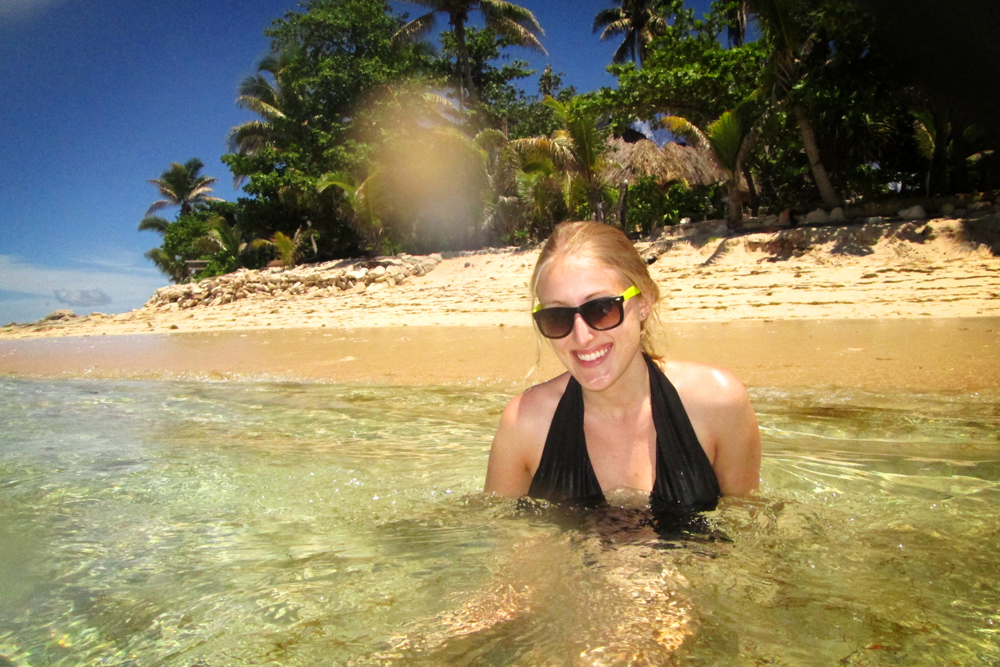 How better to begin 2015 than in Fijian paradise?

February involved a weekend trip to Newcastle (which has become a second home in Australia so hardly counts as travel!) and more fun in Sydney. We also headed to the rural area of Bucketty where a group of eight of us spent the weekend in the most unique, country-themed Airbnb I’ve seen. 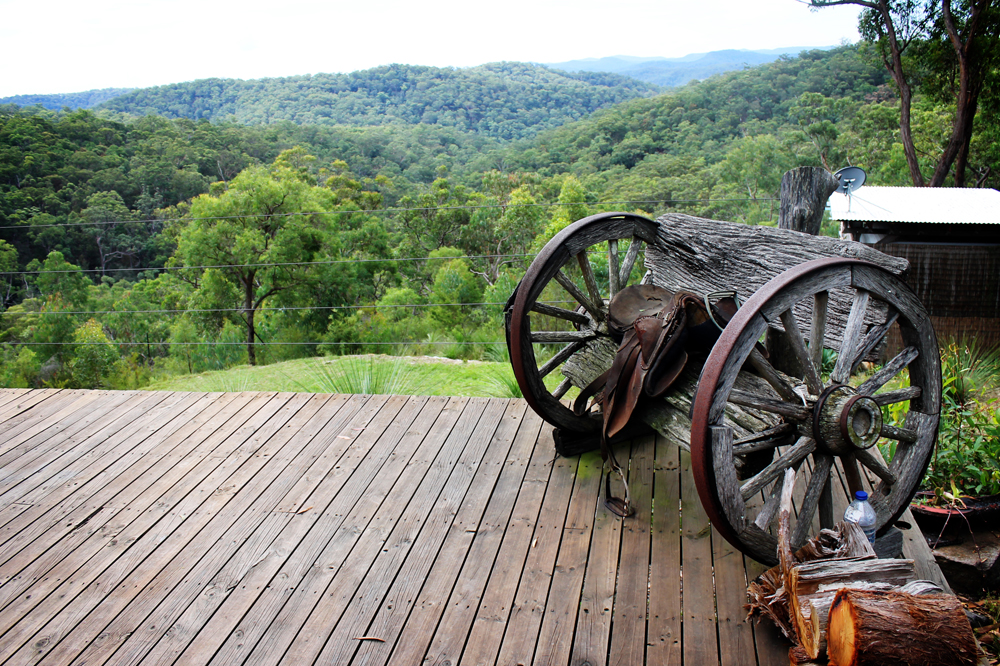 Our rural home in Bucketty for the weekend

March was all about Sydney, enjoying its Mardi Gras parade, a visit to the city’s Cockatoo Island, and the stunning Bondi to Coogee Walk. 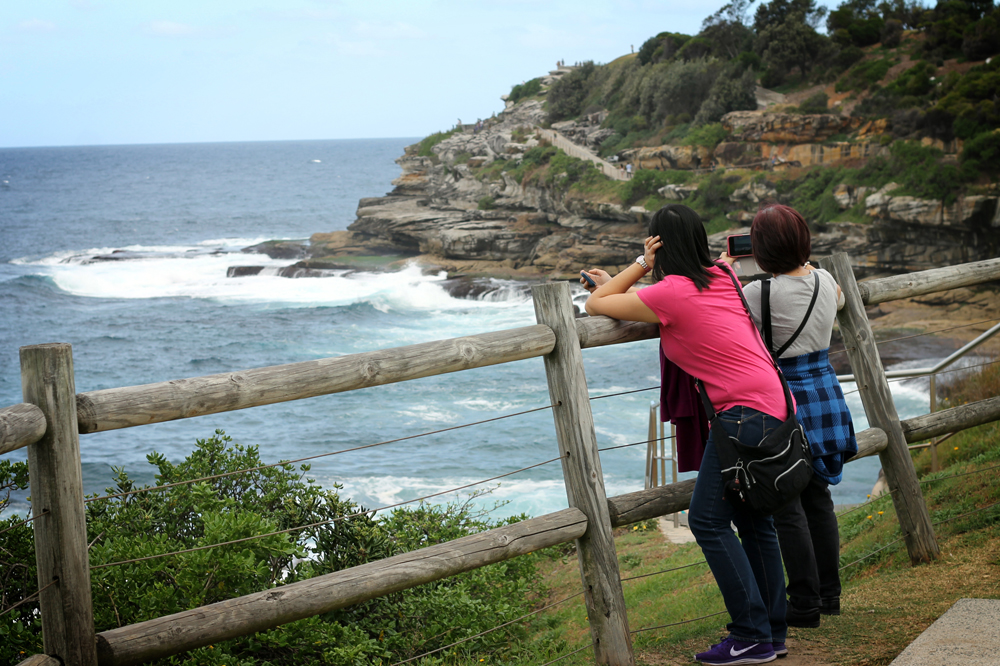 April showers bring… a visit from my mom! She joined me in Sydney for a day before the two of us headed to Melbourne, my first time in Australia’s beloved second-largest city. There, we checked out the city’s monuments and artsy culture and visited the penguins on Phillip Island. I see why the world is so obsessed with the Victorian capital. 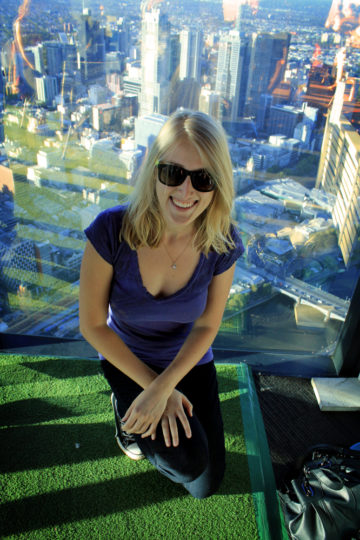 Overlooking Melbourne from the Eureka Skydeck 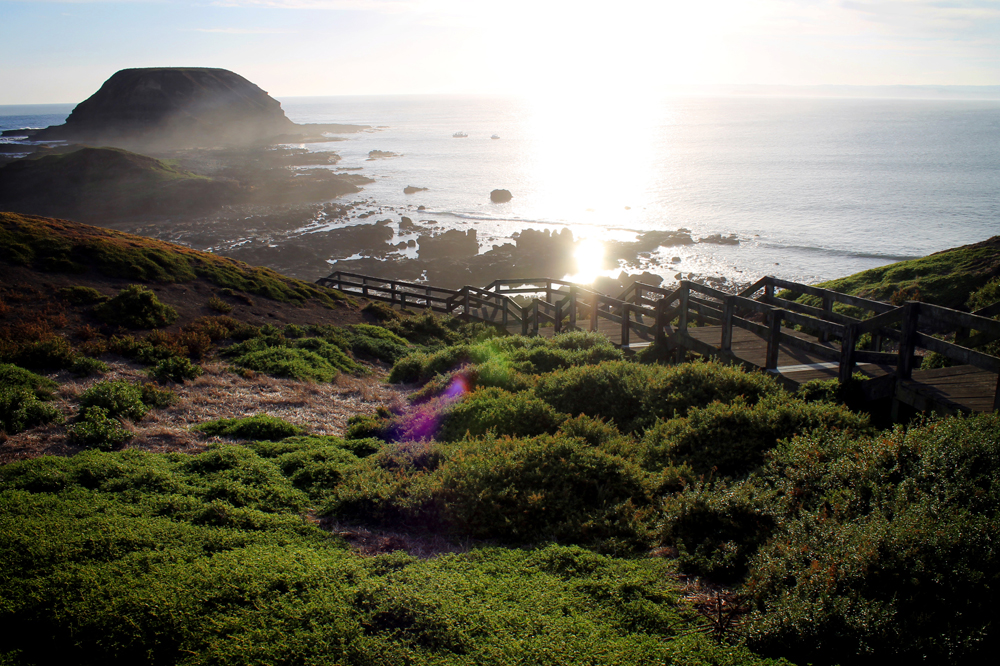 I spent my 26th birthday month exploring more of Sydney, seeing the harbor by jet boat, doing a coastal walk near the suburb of Vaucluse, meeting up with my aunt and uncle who were in town for work, and catching an Aussie rules football game (I had zero idea what was happening!). 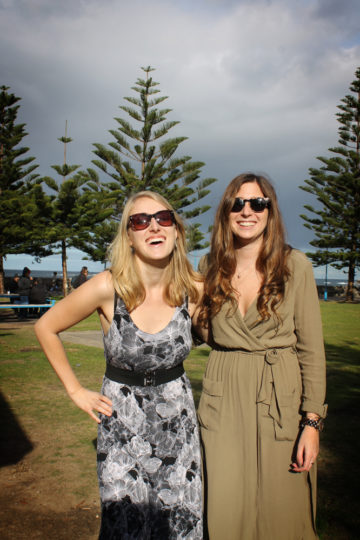 Celebrating my birthday at Coogee Beach with my friend Arielle, whose birthday is the day after mine (laughter not staged)

Taking advantage of the Queen’s Birthday long weekend, we headed to New South Wales’ South Coast and stayed in quiet Tuross Head while exploring Woollongong, Narooma, Batemans Bay, Pebbly Beach, and Jervis Bay by day and on the way to and from. It’s an area with gorgeous scenery that is still relatively untouched by tourism – I’d definitely recommend it for a weekend away from Sydney! Later in the month, the group that visited Bucketty earlier in the year (as well as the Taree area the year before) visited New South Wales’ popular wine country, the Hunter Valley, for a weekend of wine tasting and games. 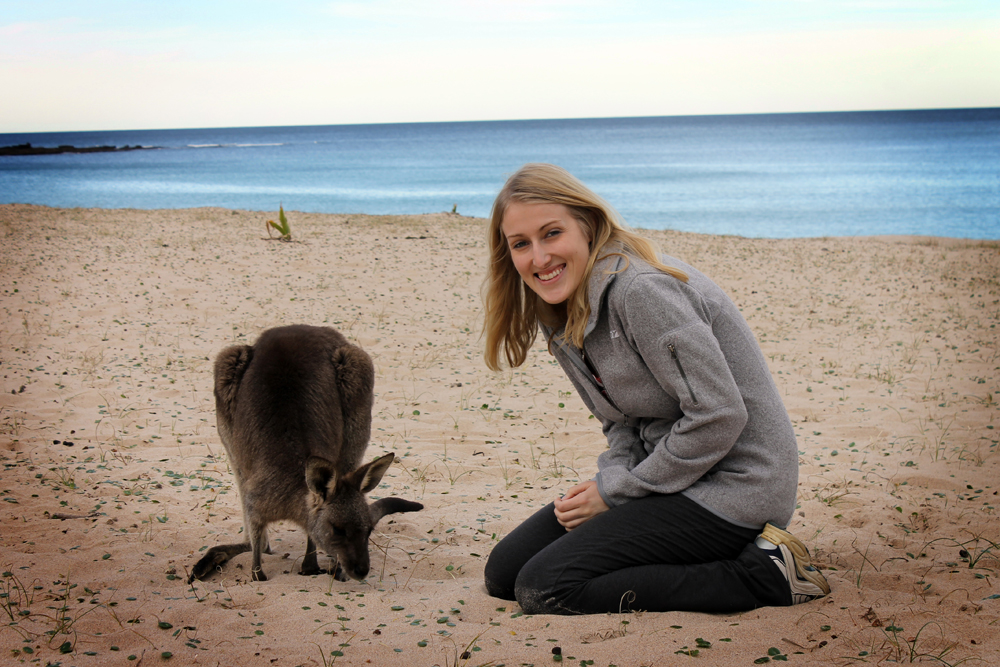 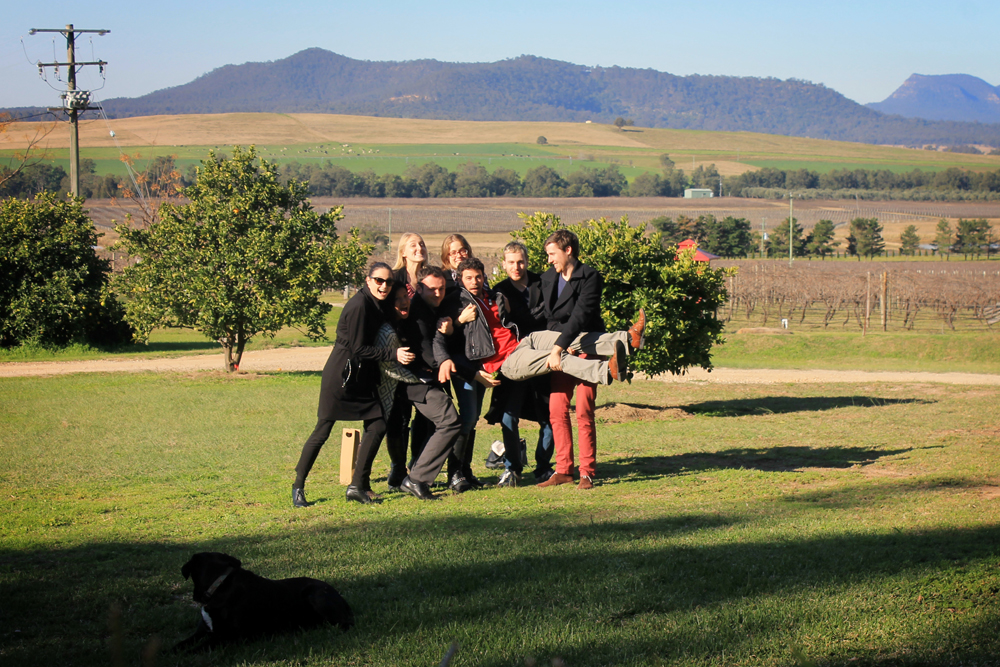 Where better to celebrate America’s Independence Day than in Sydney? July also brought a spooky ghost tour at Sydney’s Quarantine Station, a hike through Royal National Park south of Sydney and another at the base of the Blue Mountains west of Sydney, and the ultimate Sydney day out. Who says winter has to be boring? 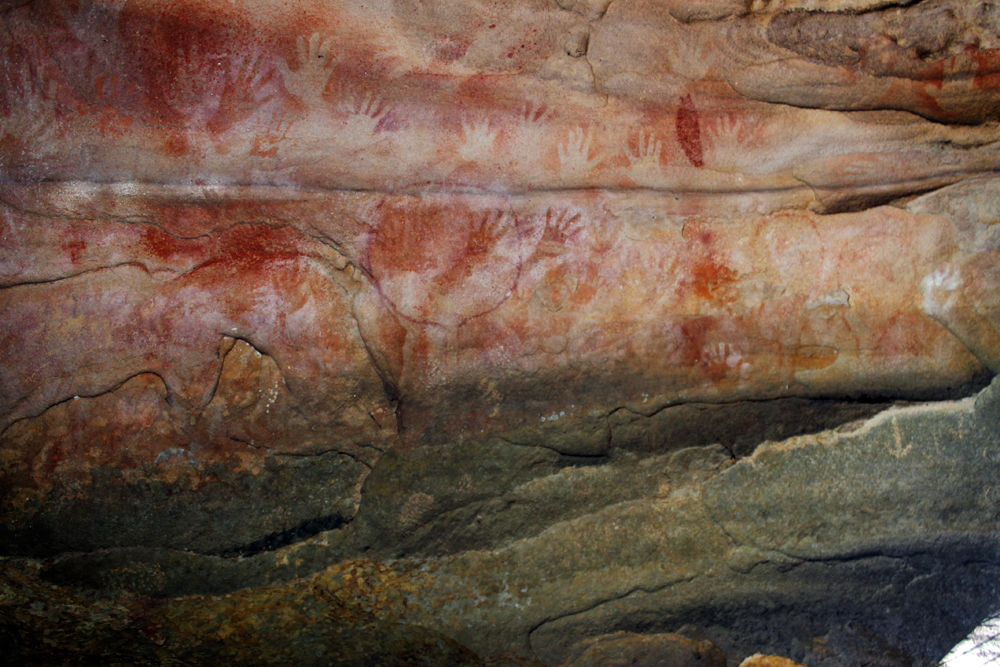 Making the most of Australia’s winter, we traveled to Perisher, the country’s top ski area, for a weekend in a house with friends and some skiing (I borrowed skis for a short time but otherwise opted out), sledding, and hiking. 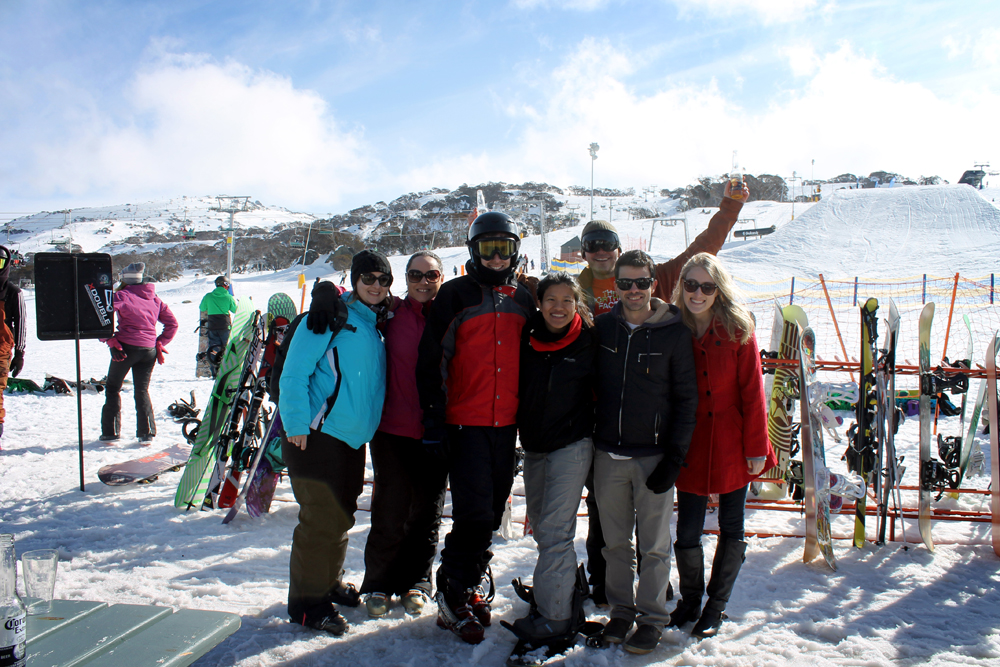 The group on the Perisher slopes

September brought one of the best weeks I’ve had in years, as I returned home to California for my cousin’s wedding, we reinstated our formerly annual Colorado River trip, I hit up a UCLA football game and the Emmys, and I caught up with some of the best people in the world in L.A. Pure perfection. Back in Australia, I joined my boyfriend’s family for a weekend in lovely coastal Forster-Tuncurry, a few hours north of Sydney. 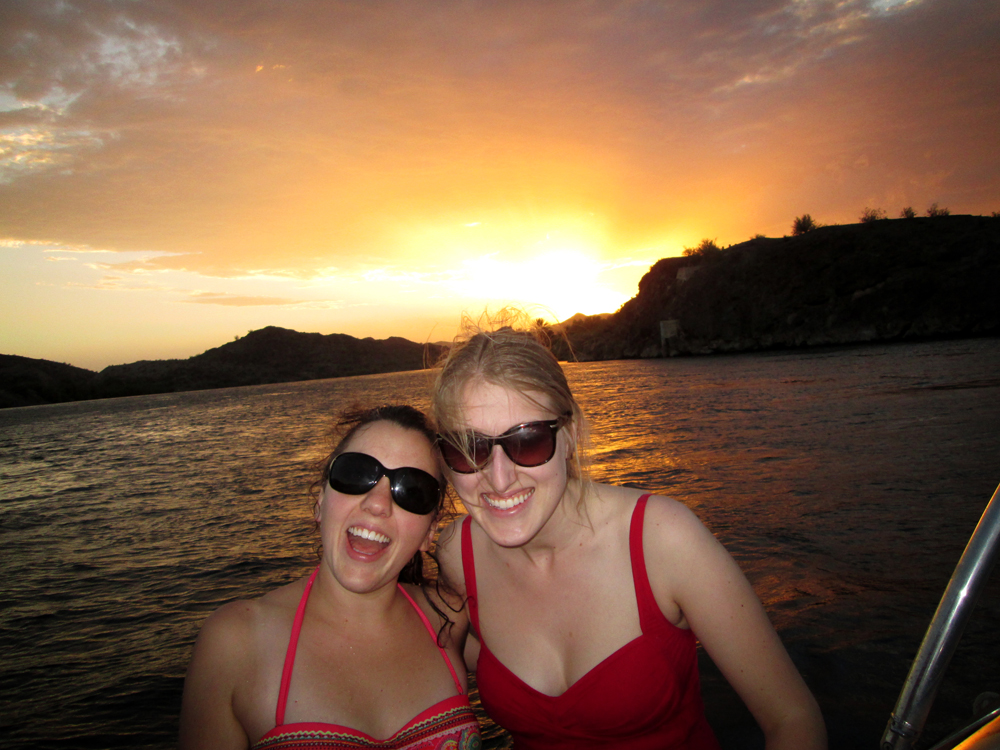 Reunited with my bff at the Colorado River 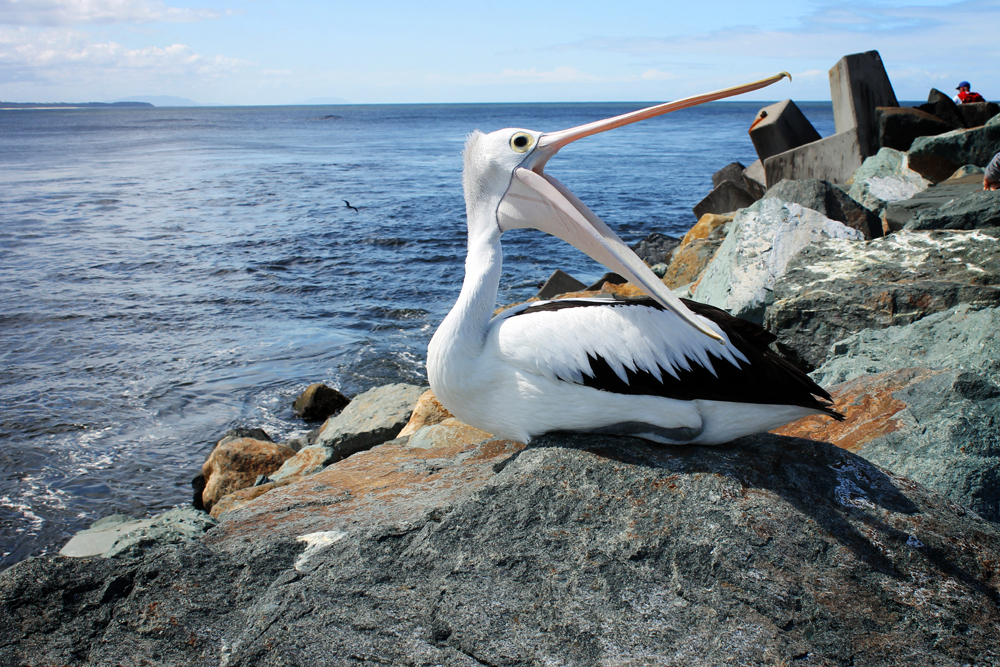 Hanging with the Forster-Tuncurry locals

With a day off for Labour Day, we traveled to Tropical North Queensland to visit Cairns, exploring the Great Barrier Reef and the nearby rainforest, some of the coolest sights I’ve seen in all my time down under. Back in Sydney, I made the most of Halloween with a pumpkin carving party and a ghost tour of The Rocks. 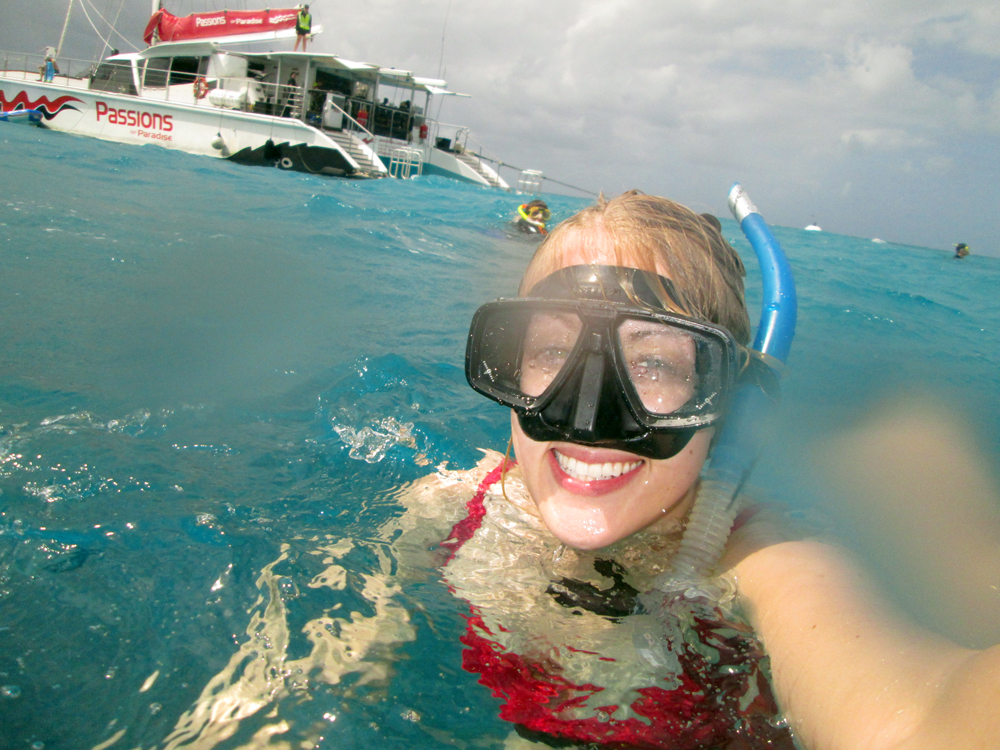 November was a quieter month between travels, but I did get to see Mumford & Sons in concert in Sydney and attend a fantastic Instawalk hosted by Jayne of Girl Tweets World. 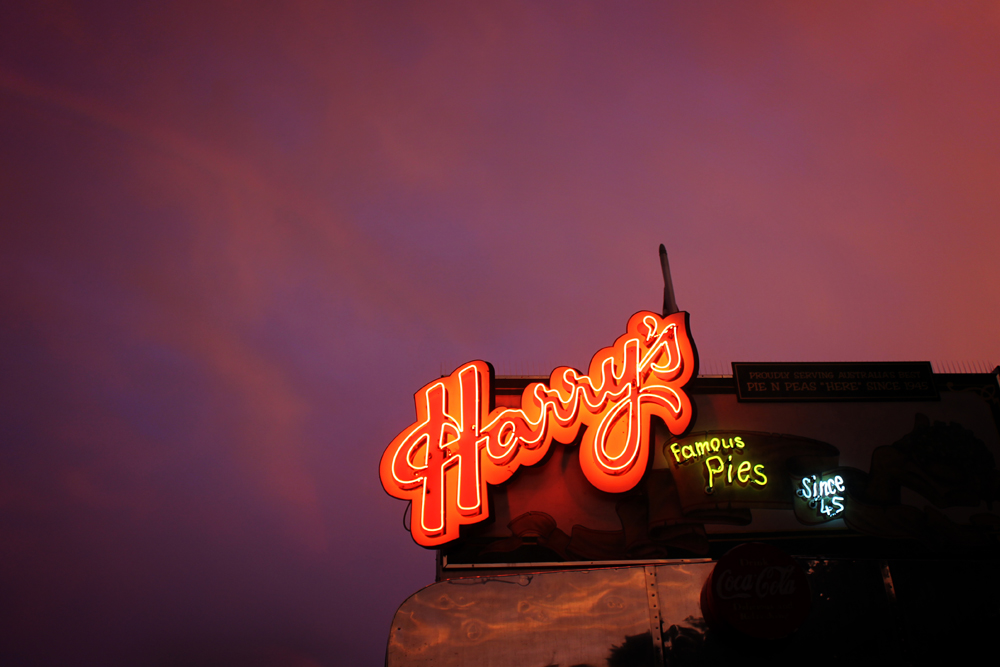 Wrapping up the Instawalk with pies at Harry’s

As summer set in in Sydney, I certainly made the most of December. I spent a weekend with friends at a house in Jervis Bay south of Sydney, then traveled to Melbourne for the second time the following weekend. Next, I returned home to California for Christmas, yet another idyllic trip and a chance to visit with many of my favorite people. But even more exciting, on the day after Christmas, my sister and I headed somewhere I’ve been dreaming of for years and years, Cuba! Lots more to come on that. 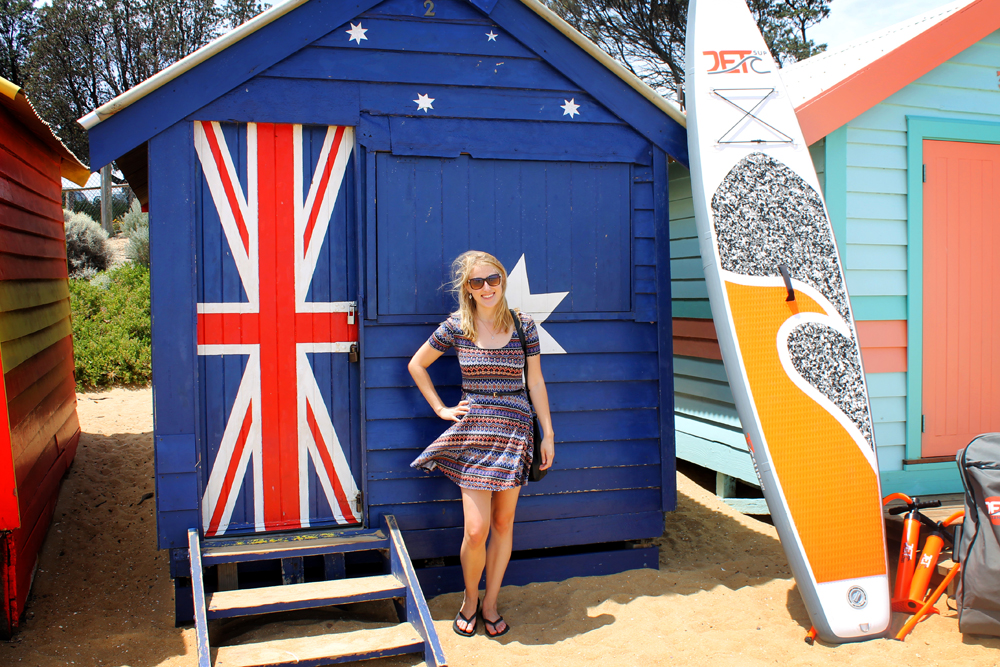 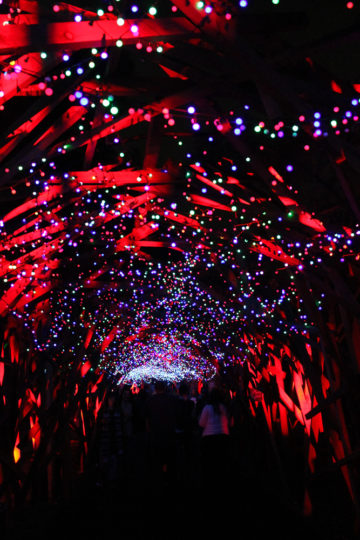 Christmas lights at the L.A. Zoo

Though I spent most of 2015 living the “settled down” life (albeit a settled down life abroad), I still had the chance to feed my travel addiction throughout the year. On top of that, I’ve begun devoting significant time to this blog as it turned seven, and I can’t wait to see where the following year will take it. I’ll be back with more in-depth recaps of the trips this past year, and, more excitingly, a big announcement about what’s to come in 2016. Cheers to a great 2015 and an even better 2016!