Geneva: A Tour of the United Nations and a Taste of the World Cup

There’s no better way to see a city than being shown around by a local, so imagine my luck when I learned my sister would be spending her summer living in Geneva, Switzerland. I shared our first day’s adventure last week, in which we took a cable car to the top of nearby Mont Saleve, France for magnificent views. The second day of the trip, however, had two primary missions: touring the United Nations and watching the Swiss national soccer team take on Cyprus in a World Cup qualifying match. 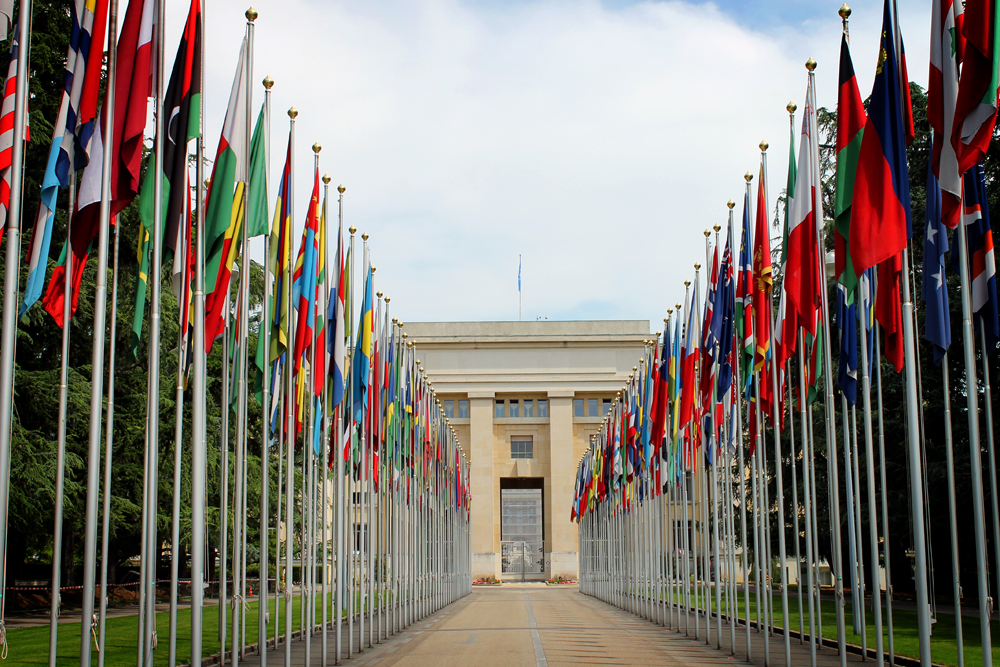 Geneva’s United Nations office is one of the four major sites of the UN and the second largest after the headquarters in New York City. It is located within the Palace of Nations, which was originally built between 1929 and 1936 to house the League of Nations. The Palace of Nations and its buildings make up the second largest building complex in Europe (can you name #1?) and, in 2012 alone, over 10,000 intergovernmental meetings were held there. Needless to say, it was quite a fascinating building to explore. 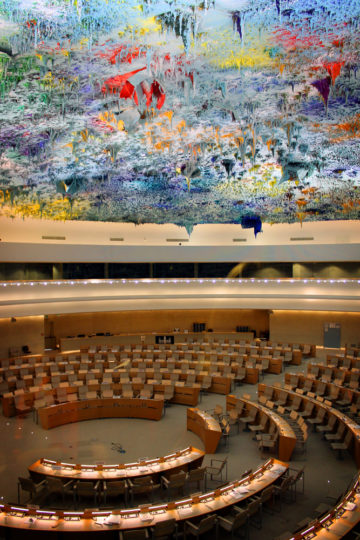 Important world decisions AND a seriously cool ceiling. What more could you need?

Our guided tour of the Palace of Nations detailed its history, architecture, art, and recent events as we toured the grounds and saw the rooms in which some of the world’s most important events have taken place. Did you know that, although American President Woodrow Wilson was key in establishing and promoting the League of Nations, the U.S. was not a member? Or that, despite the building’s location, Switzerland did not join the UN until 2002? 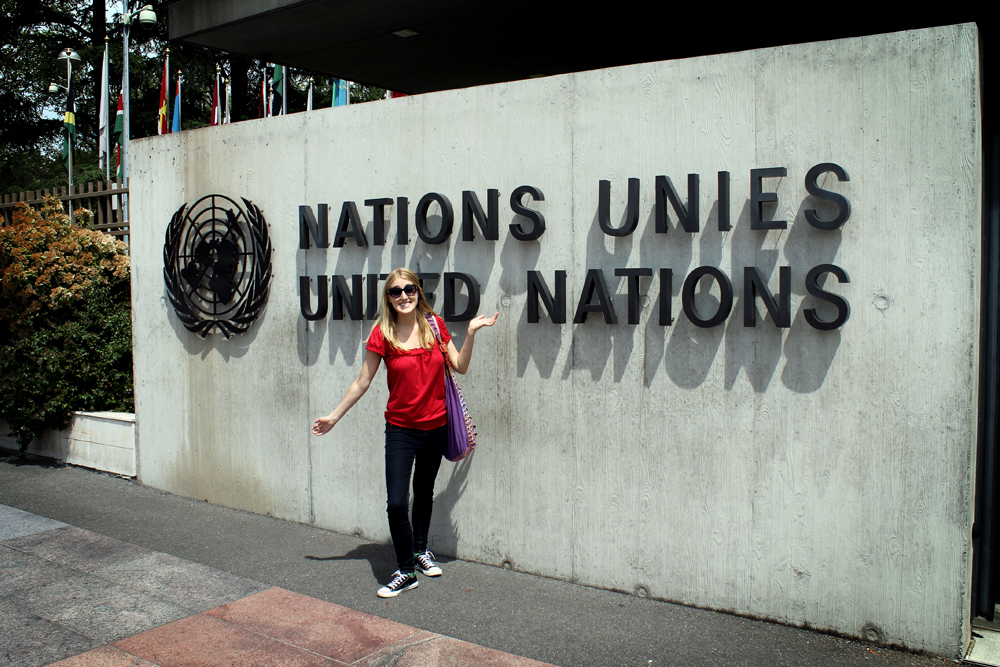 Look where I am!

We left the UN just a bit more worldly and headed to Lake Geneva to cross it by ferry and then circle its shores, viewing the iconic Jet d’Eau fountain and checking out life around the city’s centerpoint. 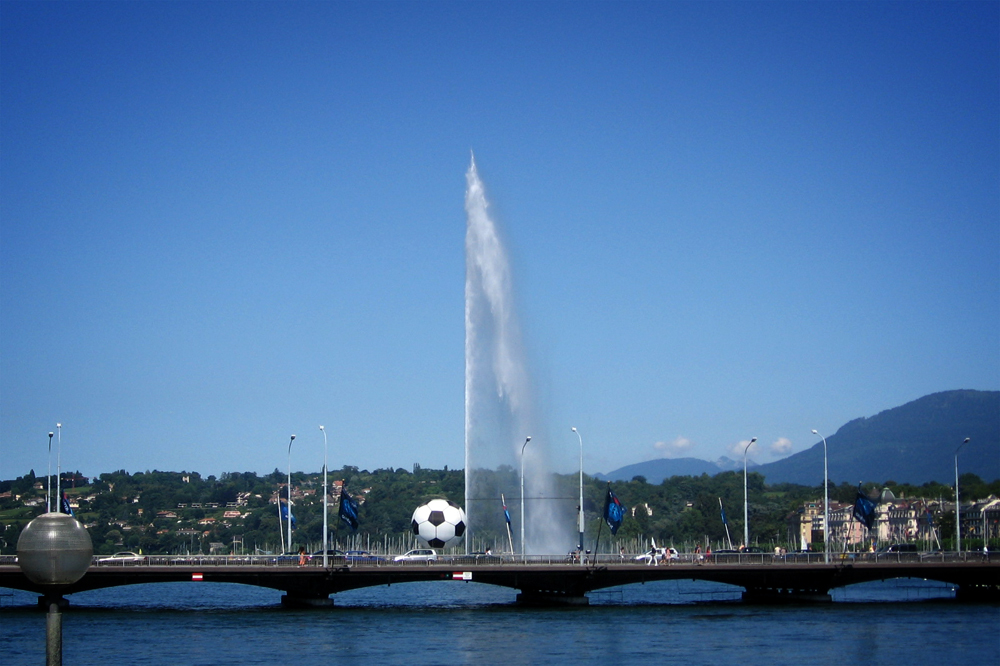 The Jet d’Eau on a sunnier day I spent there in 2008. Switzerland was co-hosting the UEFA Euro that year, hence the soccer ball and flags.

The highlight for the evening, though, was a FIFA World Cup qualifying match between Switzerland and Cyprus. Neither team was known at the time for its soccer prowess (although Switzerland ended up impressing in the 2014 World Cup!), but I’m always down for an international soccer match. We got into the spirit of the game by dressing in red and getting our faces painted outside the stadium, and then in we went to cheer on La Suisse. 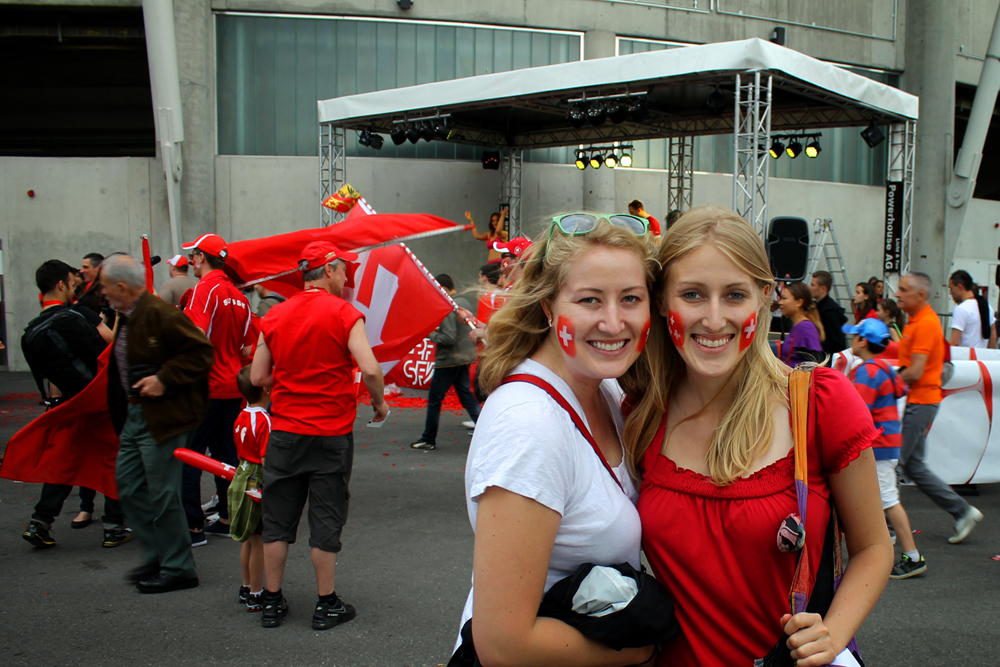 (CH)eering on our new team

We had to brave the rain to watch the match, but we had fantastic seats only rows from the field, and the crowd’s enthusiasm was contagious. The game remained tied at 0-0 until Switzerland scored a winning goal at the 90th minute, giving them a four-point lead at the top of their World Cup qualifying group, which would send them to Brazil the next year…and give them the fourth seed in my personal hierarchy of favorite teams. 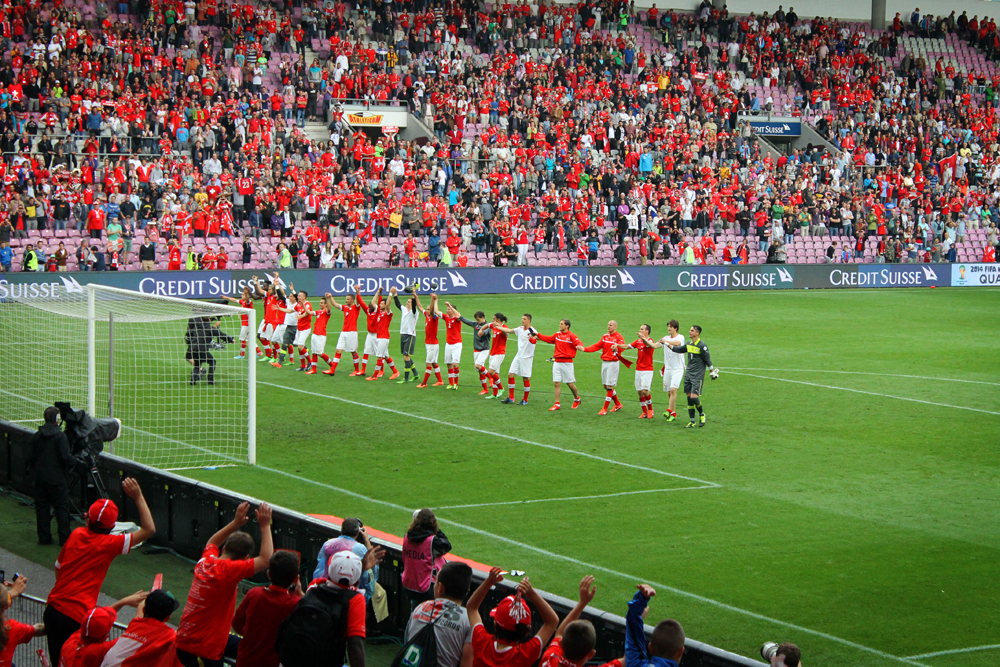 Back to Madrid we had to go early the next morning, having wrapped up our weekend in Geneva with a bit of Swiss pride and international education. Overall, I have to admit I’m not head over heels in love with Geneva: it’s pricey, lacks a bit of soul, and doesn’t offer as much natural beauty as much of Switzerland. However, it’s still a lovely place to spend a few days, especially when you have a temporary local (like my sister) playing host. Vive la Suisse!