The Patriotic Expatriate: Fourth of July in Croatia and Australia

No matter how many years I spend outside of the U.S., I’m still American through and through – and damn proud of it, especially considering the week my country is currently having. I also jump at any chance I get to be festive, so I’ve made a point to celebrate Fourth of July no matter where I am in the world. 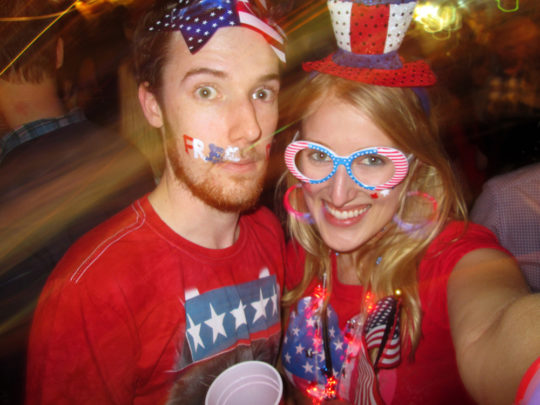 America’s birthday two years ago fell in the middle of my epic five-week trip through the Balkans. Spending the day on the Croatian island of Hvar (more on that when I get to the full trip recap in a future post!), my group of four American expats was determined to honor Independence Day in one way or another.

Staying in the town of Stari Grad with a population under 2000, our food shopping options were limited, but we somehow managed to make the most of the small local market and stock up on Fourth of July essentials: hot dogs, potato chips, corn on the cob, watermelon, and “American cookies” (chocolate chip cookies in a package emblazoned with an American flag). 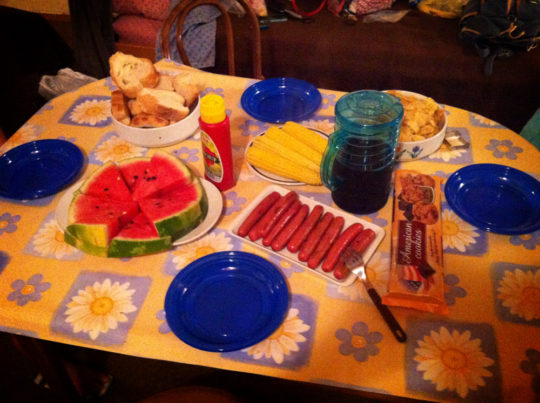 Our lodging for the night was a private apartment nestled in a castle that dated back to the early 1500s. Yes, a 500-year-old castle. Have I mentioned how much I love Europe? After an ocean swim backdropped by one of the most spectacular sunsets I’ve ever seen, we feasted on our bounty and blasted the best of patriotic music. We may have been six thousand miles from the good old U.S. of A, but we certainly took Fourth of July to a whole new level. 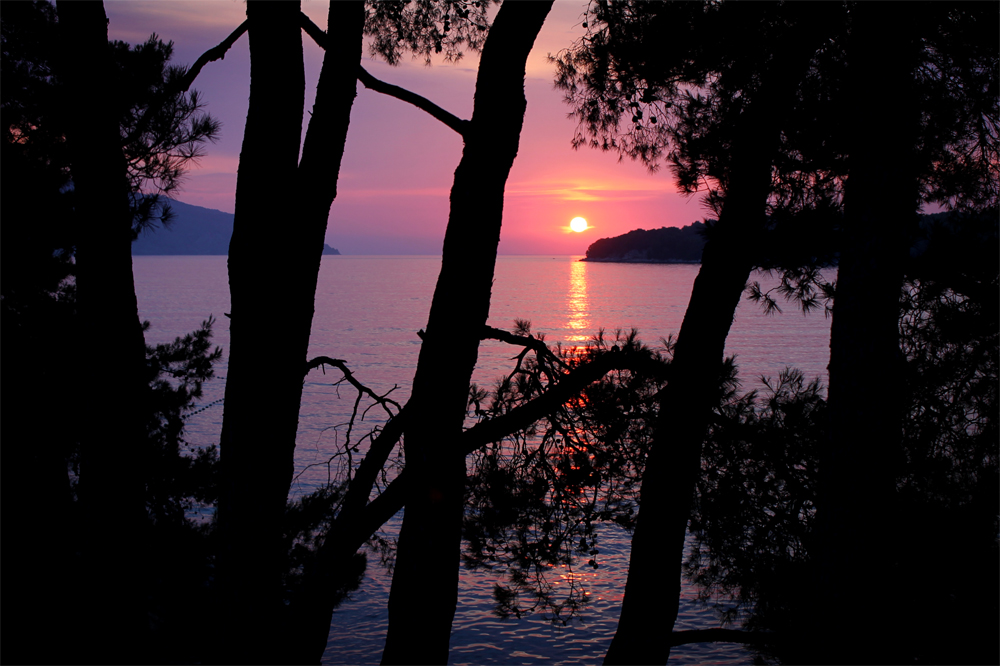 A sunset that would make even the staunchest Loyalist celebrate Independence Day.

Last year, I spent the Fourth of July in Australia. The Sydney Americans expat group hosts events ranging from frat parties to Cinco de Mayo celebrations to the biggest Fourth of July party in the Southern Hemisphere (although, really, is there a lot of competition?).

Looking like Uncle Sam had thrown up all over us, thanks to the bags and bags of patriotic accessories I stocked up on in California a few weeks before, we joined the festivities at Darling Harbour’s Hard Rock Café and danced the night away to American classics. 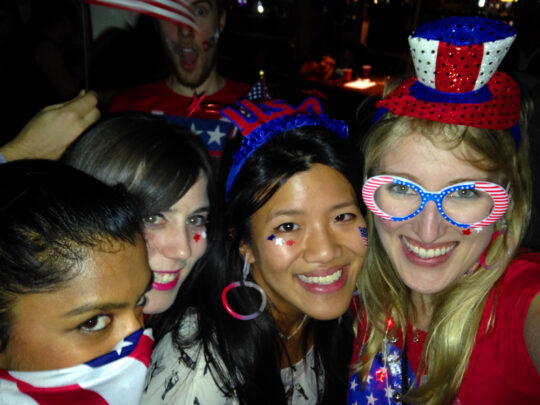 Four Americans or a Kiwi, two Aussies, and an American? You decide.

This year, we’ll be returning to the same party with the plan to enjoy the activities we arrived too late for last year, including a trivia competition, whiskey tasting, beer pong, and fireworks. And before heading over, my group of American, Australian, British, and Kiwi friends will be barbecuing our American favorites, even if it is the middle of winter here.

With the recent SCOTUS decisions, public responses to the Charleston shooting, and victories in the Women’s World Cup, I’m prouder than ever to be American, and you can bet I’ll be celebrating the heck out of the Fourth of July this Sunday.