I know, I know! We’re already a third of the way through 2019, and here I am talking about 2018. But since 2011, I’ve finished off each year by looking back on the places I went and the adventures I had. With hardly a moment to take for this blog over the past few months and a hard drive crash that left me without my photos for a while, I’d just about given up on the idea of doing a 2018 recap. But hey, better late than never, right? 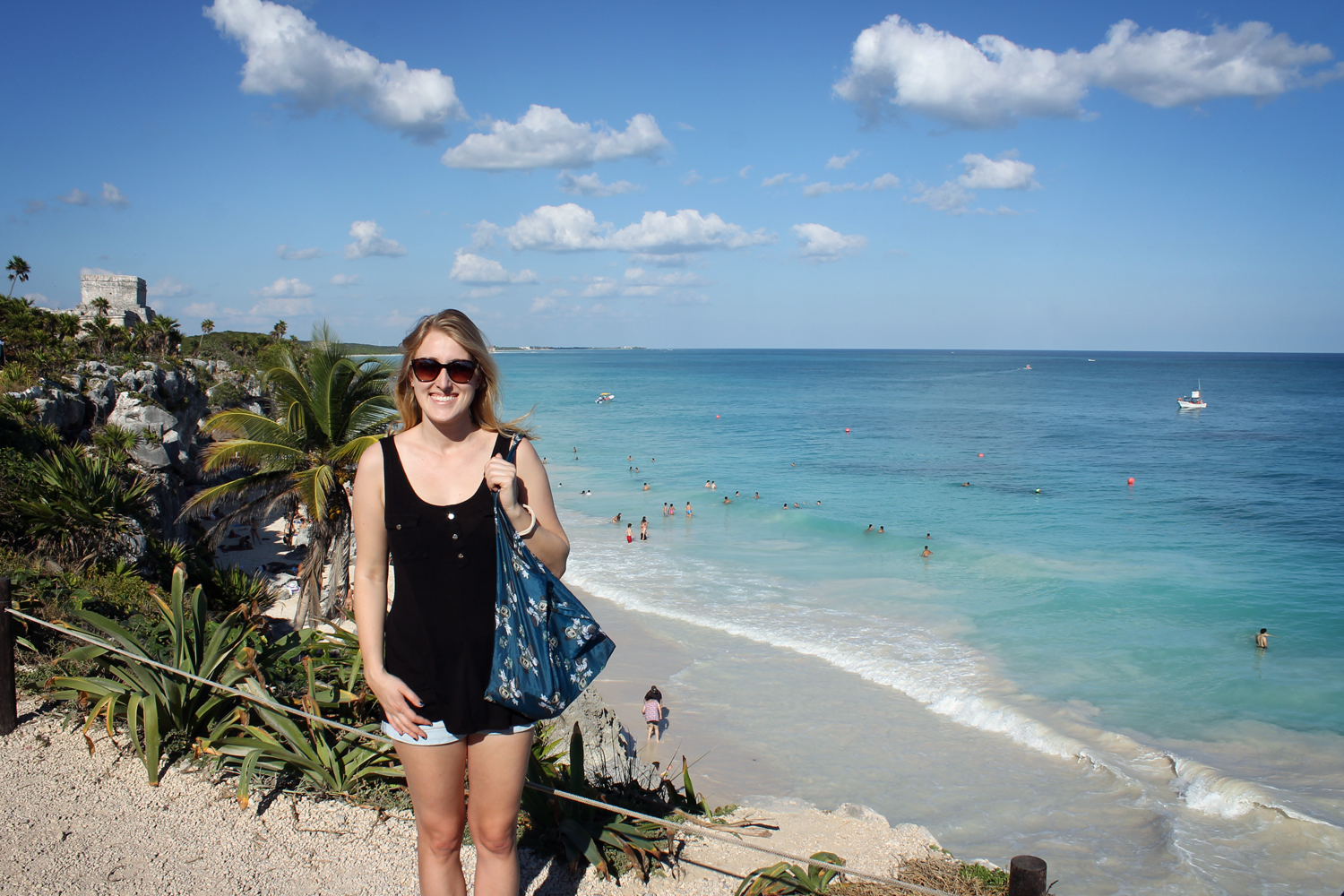 2018 was the first year in a decade I didn’t primarily spend overseas. I moved back to Los Angeles in mid-2017, but 2018 was the year I truly said goodbye to nomadic life: I accepted a full-time, in-person job offer in February, signed a lease for a new apartment a few days later, and fully became a citizen of the “real” world. Although 2018 wasn’t quite the wandering whirlwind that previous years have been, I still had the chance to get out and see new places, places that very much deserve their own recap.

I rang in the new year in L.A., but three days into 2018, I took a quick trip down to San Diego to visit two of my favorite American expat friends I knew in Australia: Arielle was visiting over the holidays, and Nathan moved back to San Diego after his stint in Sydney. It may only be two hours from L.A., but San Diego always makes me feel like I’m truly on vacation. 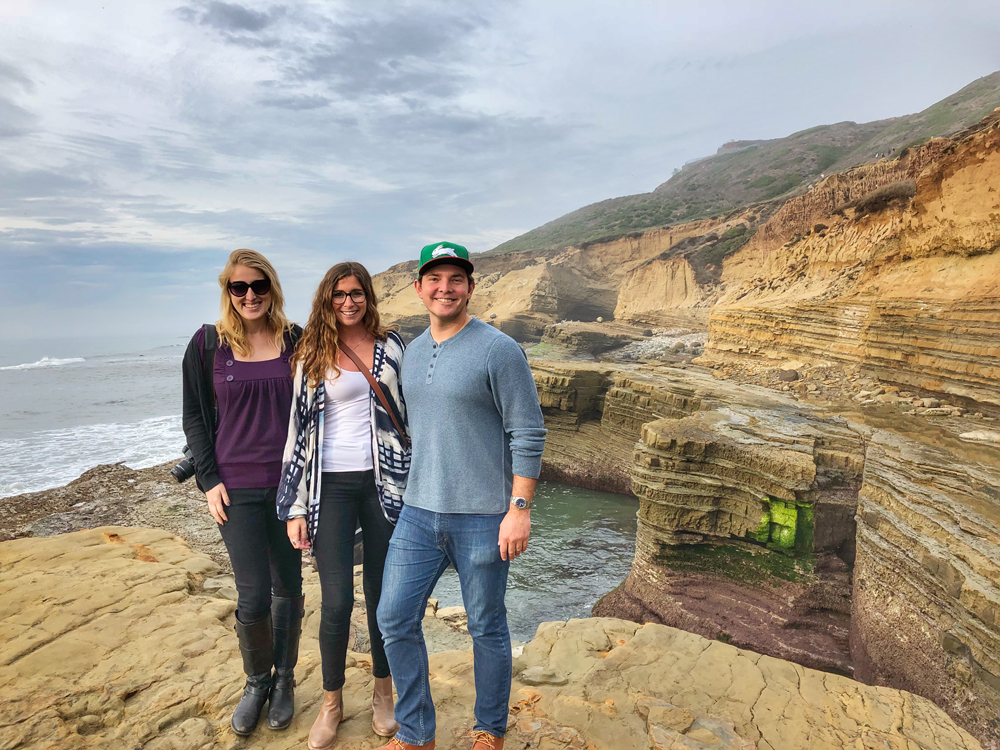 From Sydney to San Diego

Job hunting and freelancing kept me off the road for the latter half of 2017, but desperately needing a break from resumes and timeclocks, my boyfriend and I hopped on a plane for our first international trip together and spent several days in Cancún, Mexico. We stayed away from the resorts in the more down-to-earth downtown area and took day trips to Tulum, Chichén Itzá, and Valladolid. And most importantly, I learned that although my boyfriend hasn’t covered nearly as much mileage as I have, he is definitely a true traveler at heart. 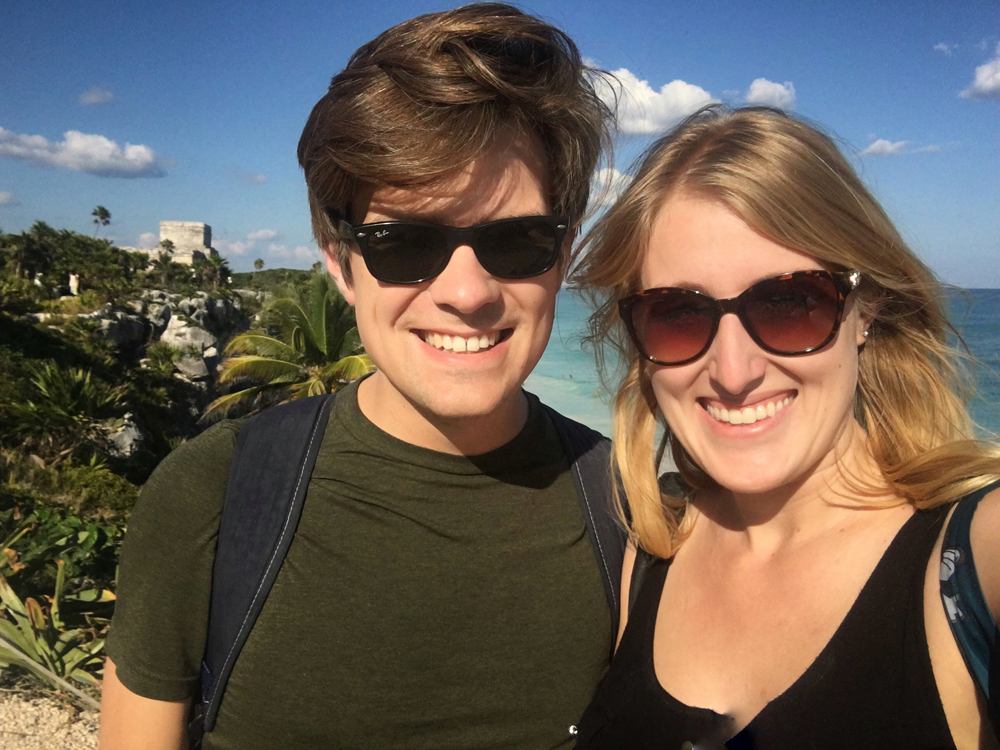 Visiting the ruins of Tulum

February brought a very different kind of adventure: as I mentioned earlier, it was then that I put down roots by beginning a new office job and signing an apartment lease. Those two things kept me plenty busy for the month, but I still got to enjoy the best of Los Angeles, including an invitation to a NASA Social influencer event at the Jet Propulsion Laboratory, one of my frequent Disneyland trips, hiking in L.A., and more. 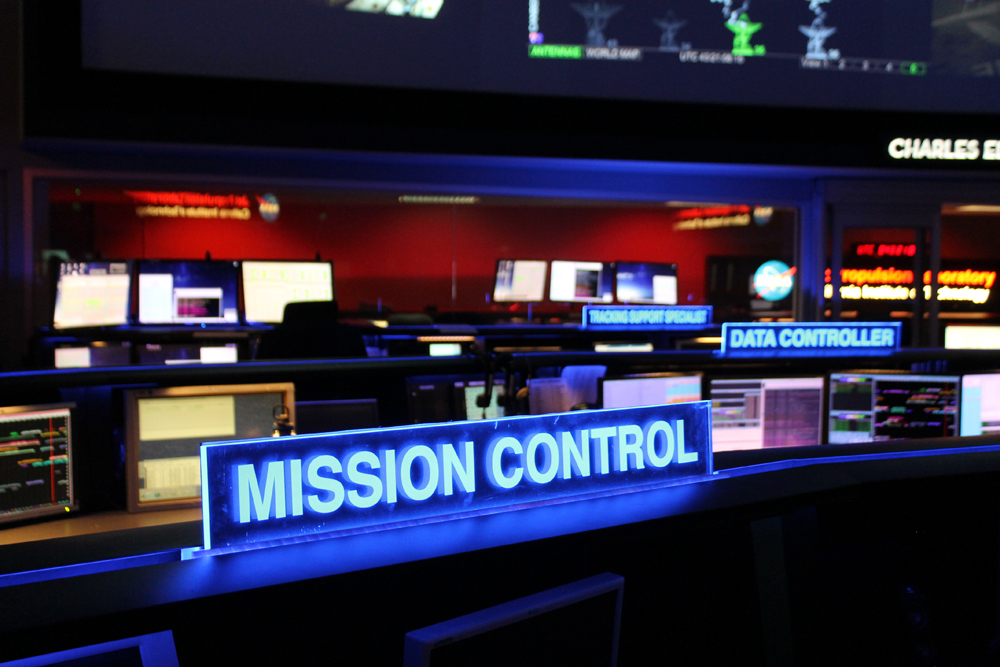 Another month dedicated to local sightseeing, March’s highlight was probably the L.A. international food tour in which my tastebuds got to travel to Korea, Thailand, Armenia, and Lebanon. 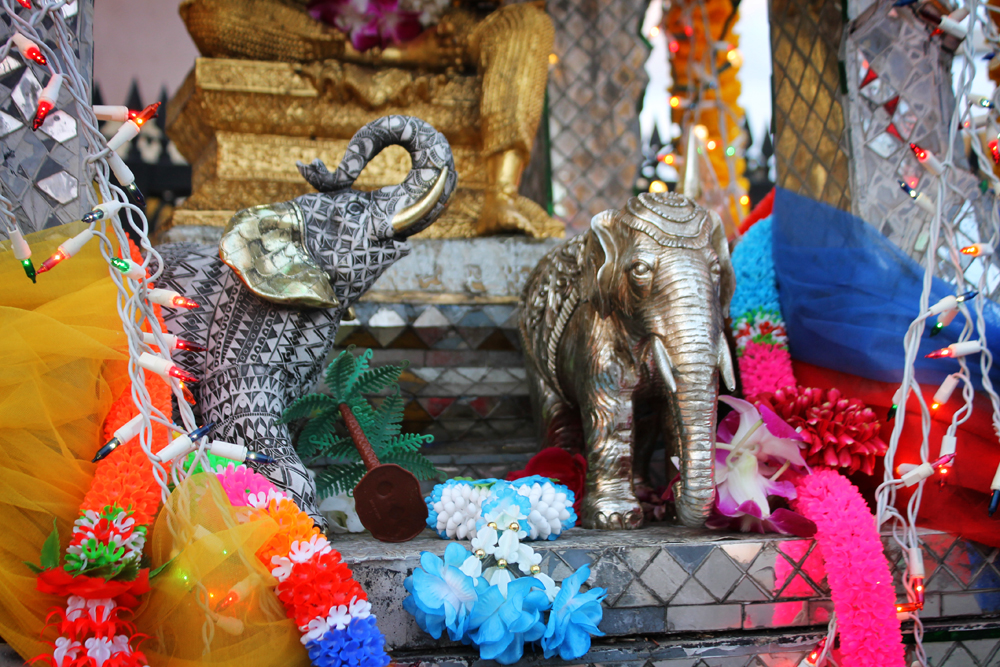 I’ve talked about how many fabulous weekend getaways Southern California has to offer. Undoubtedly, one of the most popular is Palm Springs, where I headed for a few days to lounge by the pool and sip gin and tonics with the boyfriend’s family. And as I write this, I’ve just returned from the next annual trip.

May is always my favorite month of the year, although I may be biased because it’s also my birthday month. Each year, I try to pack it with as much travel as I can, and 2018 was no different. I started with an amazing weekend of being treated like a queen on a blogger/influencer trip to the Pechanga Resort and Casino in Temecula, California. Sunshine, good food, relaxing massages, and stunning views from a hot air balloon made for a picture perfect weekend. 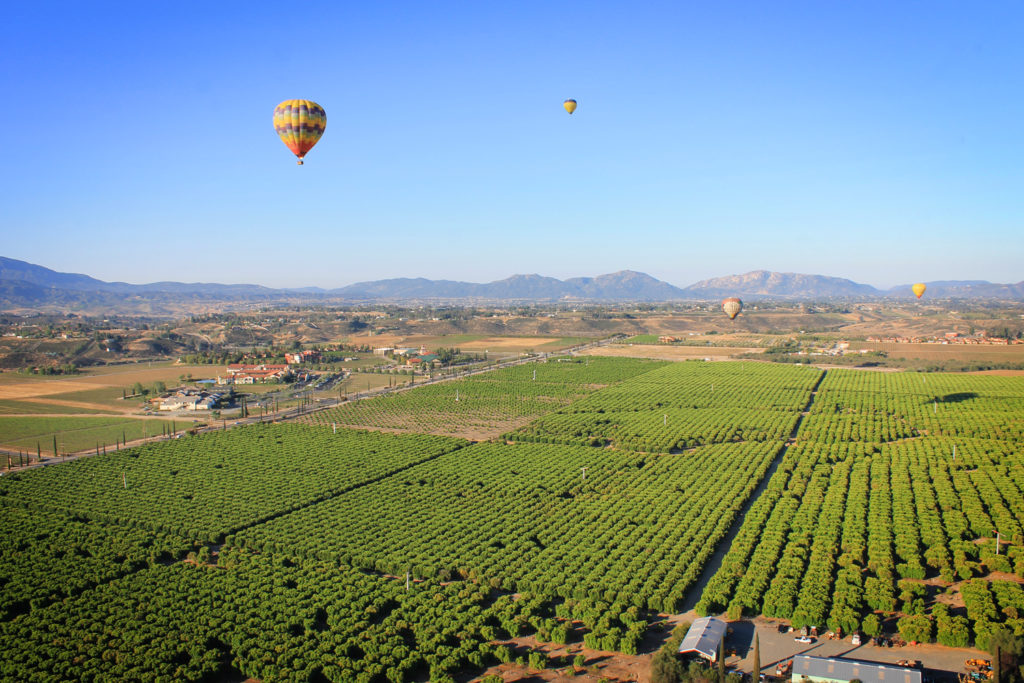 A hot air balloon ride over Temecula thanks to Pechanga

My middle school and high school Spanish classes played a huge role in turning me into an avid traveler as an adult, and I will forever associate the music of Colombian singer Juanes with those classes. Not exactly a trip, but I can’t not mention the unforgettable Juanes concert I had the chance to attend in May between other trips. (Honorable, less travel-related mention: I also saw the incomparable Paul Simon in concert later that month!)

Several days later, a last-minute work opportunity sent me to Nashville, Tennessee to speak at a partner conference. The trip happened to coincide with my birthday. Doing a marketing pitch in front of hundreds of strangers may not be my preferred way to celebrate, but exploring a new city—and one as cool as Nashville—definitely was a good start to my 29th year. 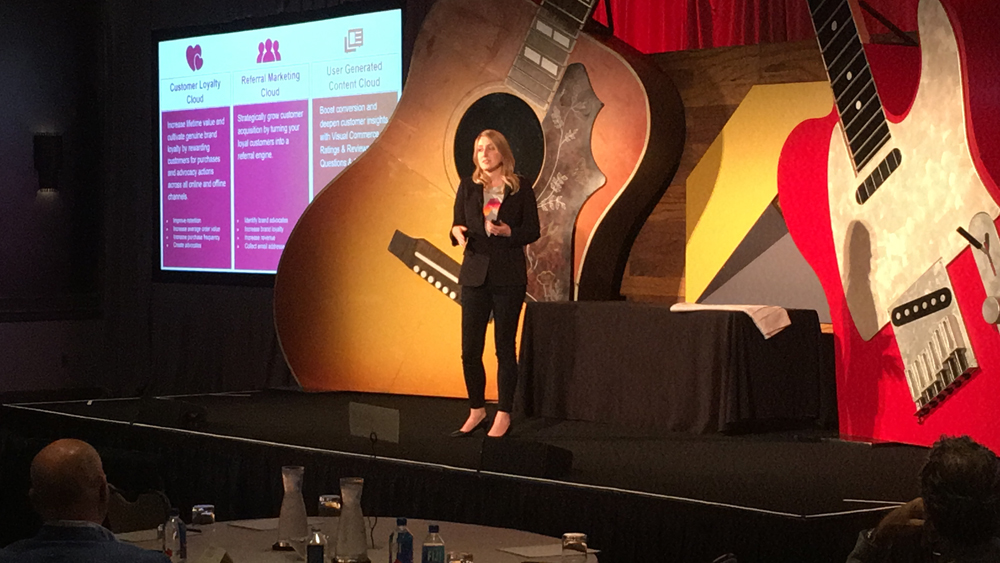 The real birthday celebration, though, involved a weekend getaway to Santa Barbara, California, where we drank wine overlooking the ocean, explored the old Spanish mission, and tasted our way through the city on a food tour.

Dinner by the sea in Santa Barbara

In early June, I headed up to Jackson, California, about an hour southeast of Sacramento, for a family reunion on my dad’s cousin’s Dog & Pony Ranch. Horse riding, llamas, and cute dogs galore! Oh, and some good human company as well. 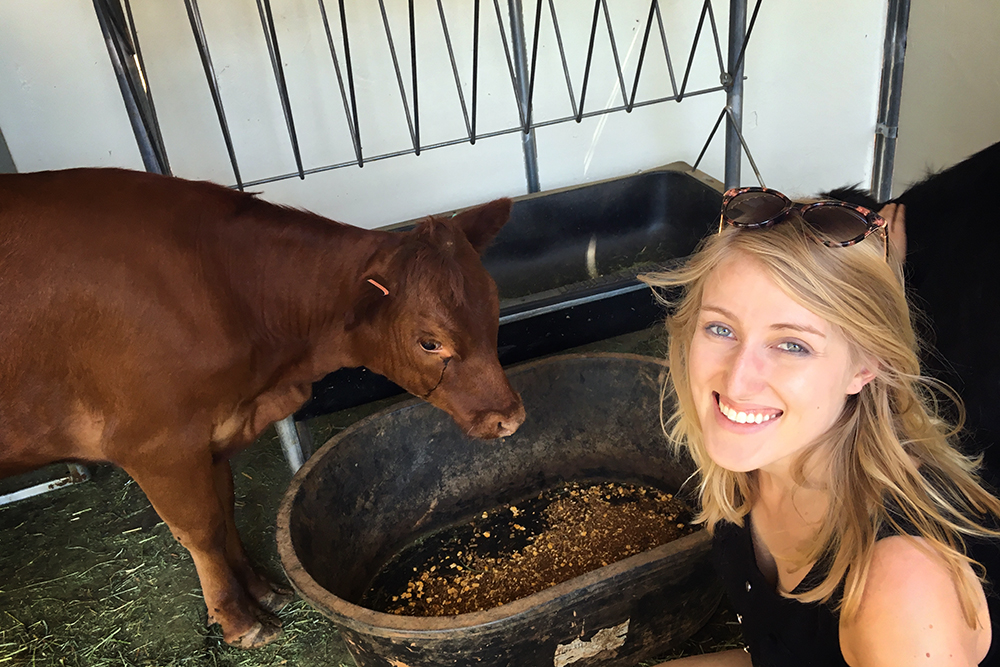 Hanging out with one of the resident cows

Later in the month, my boyfriend, my friend Jessica, her fiancée Nichole, and I headed up to the striking Eastern Sierras of Mammoth, California for some hiking, wining, and dining, a trip I’m eager to make again. 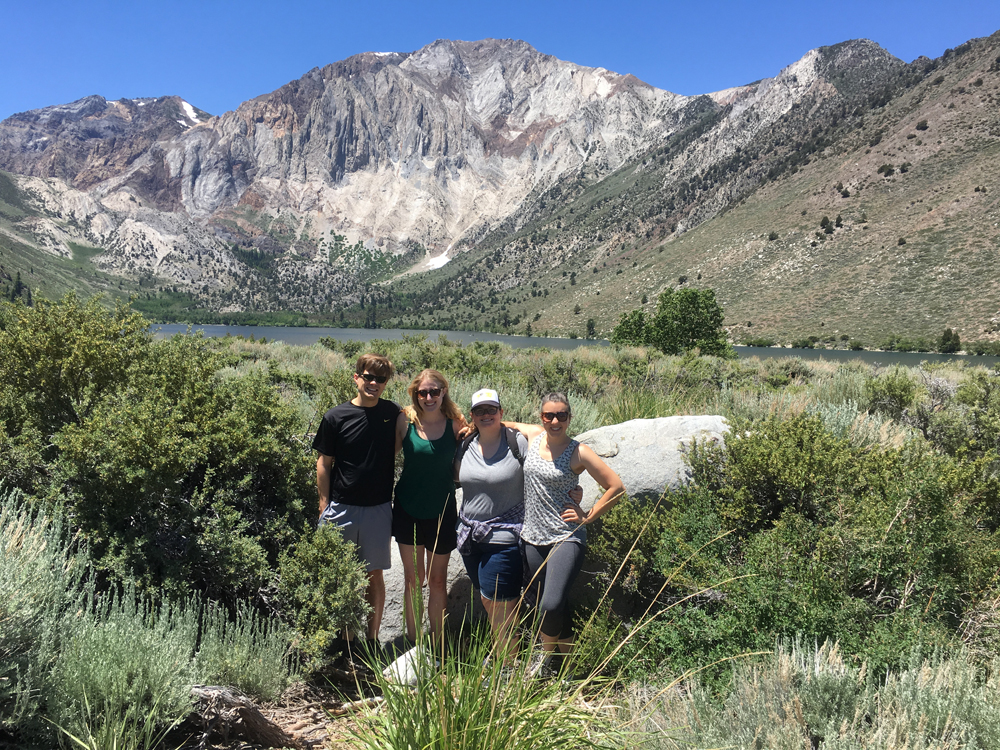 Hiking with the gang in Mammoth

Continuing the trend of Southern California weekend getaways, July’s highlight was a friends camping trip to Wheeler Gorge, not far from Ojai. Other than that, it was spent exploring L.A., experiencing my first of a handful of political canvassing opportunities that year (for the amazing Congresswoman Katie Hill!), and hustling at work. 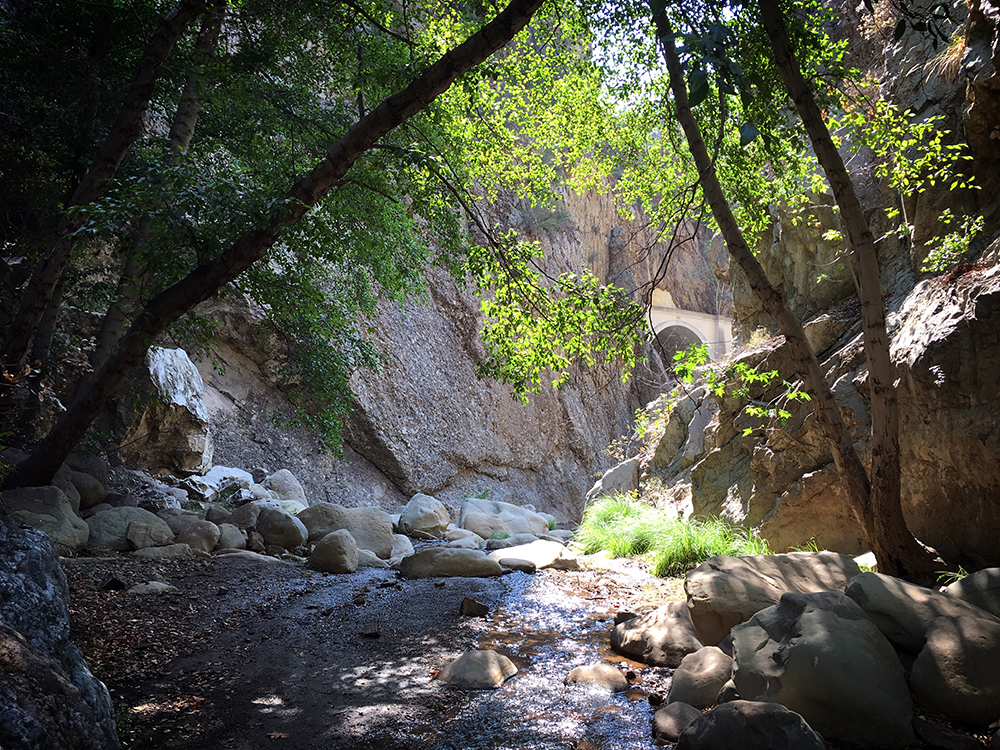 As the summer heated up in L.A., I headed north for cooler days on Washington’s Lummi Island. Located just off the U.S.-Canada border, this picturesque island has been a regular retreat for my boyfriend’s family for generations. Several days of idyllic, Pacific Northwestern scenery, good food and wine, and great company were perfect for the first vacation from my new job. And I capped it all off with a brief stay in Portland, Oregon, a city that’s a real dream come true in summer. 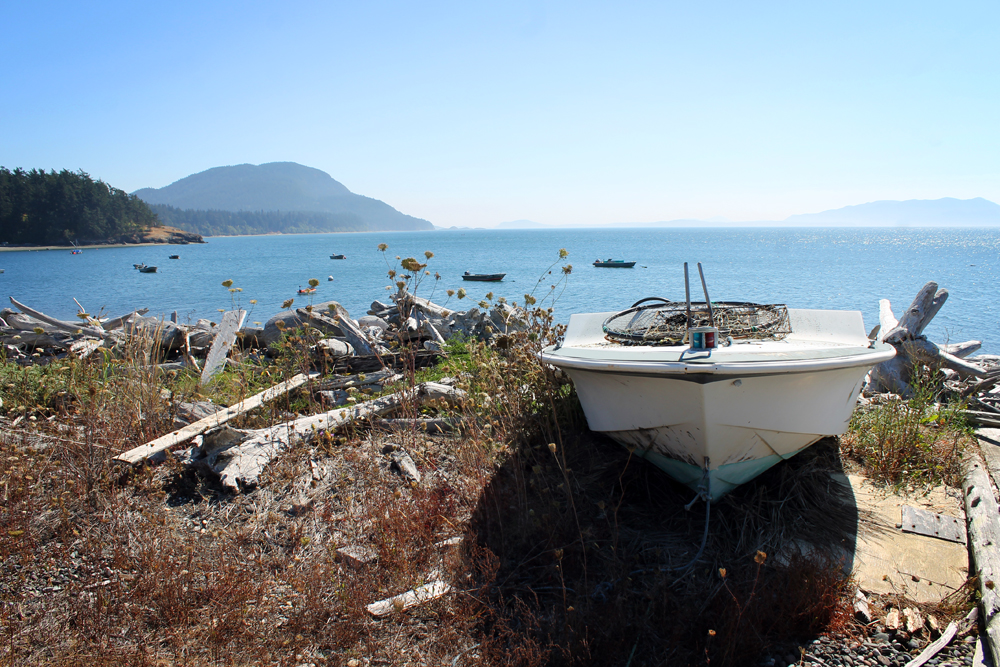 One of my best friends from my 18 months of backpacking, whom I met in Vietnam’s Halong Bay, came from England to visit in September, giving me the opportunity to play tour guide around Southern California. Aside from adventures around L.A., this also included a hiking day trip to the beautiful mountains and lake of Big Bear and a weekend visit to sunny San Diego. 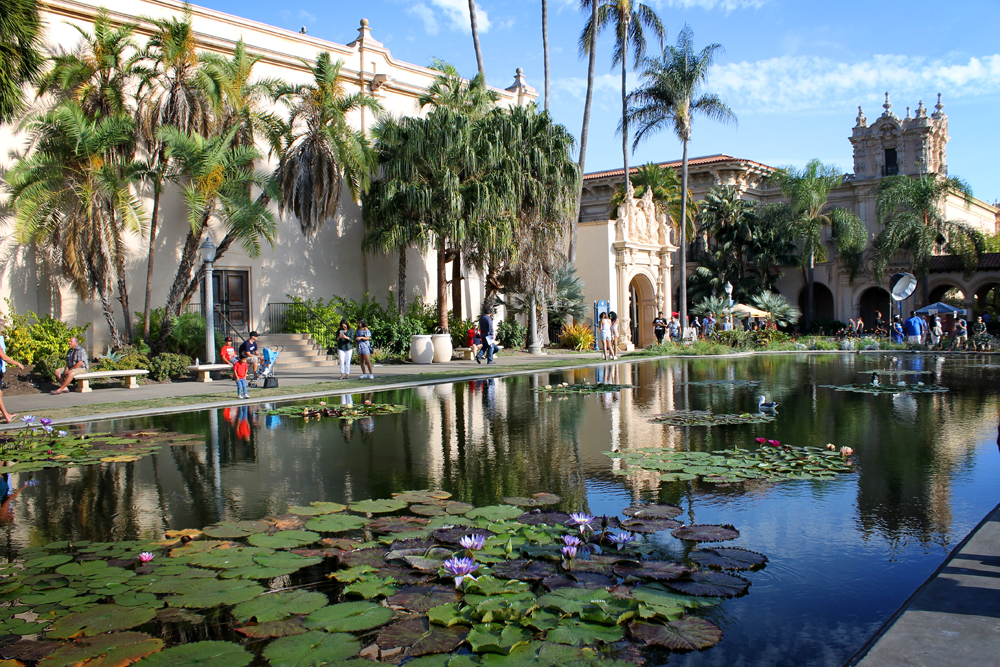 In October, I took a week off work to attend three weddings in eight short days. The first was held in Washington D.C., where I also got to visit my sister and take in some of the capital’s most fascinating sights. From there, we headed to Cleveland, Ohio, which was a bit gloomier than I’d hoped, but I’m always eager to see new cities. Plus, it was very much worth it to see my college roommate, who now lives in Belfast, on her special day. From there, we completed the bridal trifecta by returning to L.A. and zooming straight from the airport to watch one of my high school best friends get married. 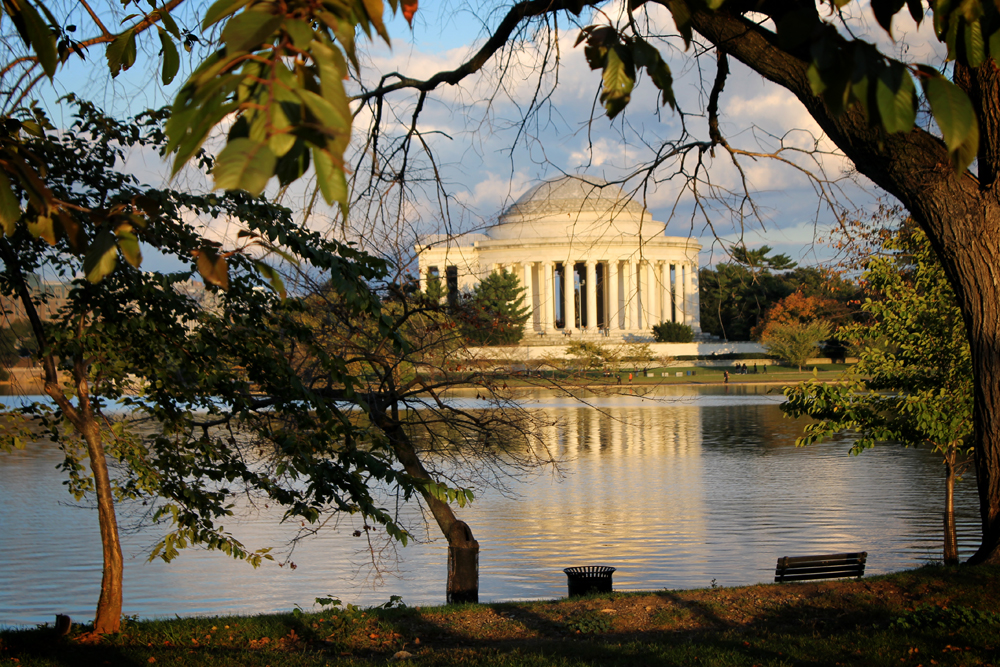 Having thrown myself fully into canvassing, phonebanking, textbanking, and letter writing for various Democratic candidates the previous few months, seeing all that work pay off on Election Day made for a beautiful start to November (as well as more free time than I knew what to do with!).

Later in the month, my mom and I took advantage of Thanksgiving break to drive out to Las Vegas for a few days to watch our two favorite college basketball teams, UCLA and North Carolina, compete in a tournament, while also wandering around a city that somehow never grows old. 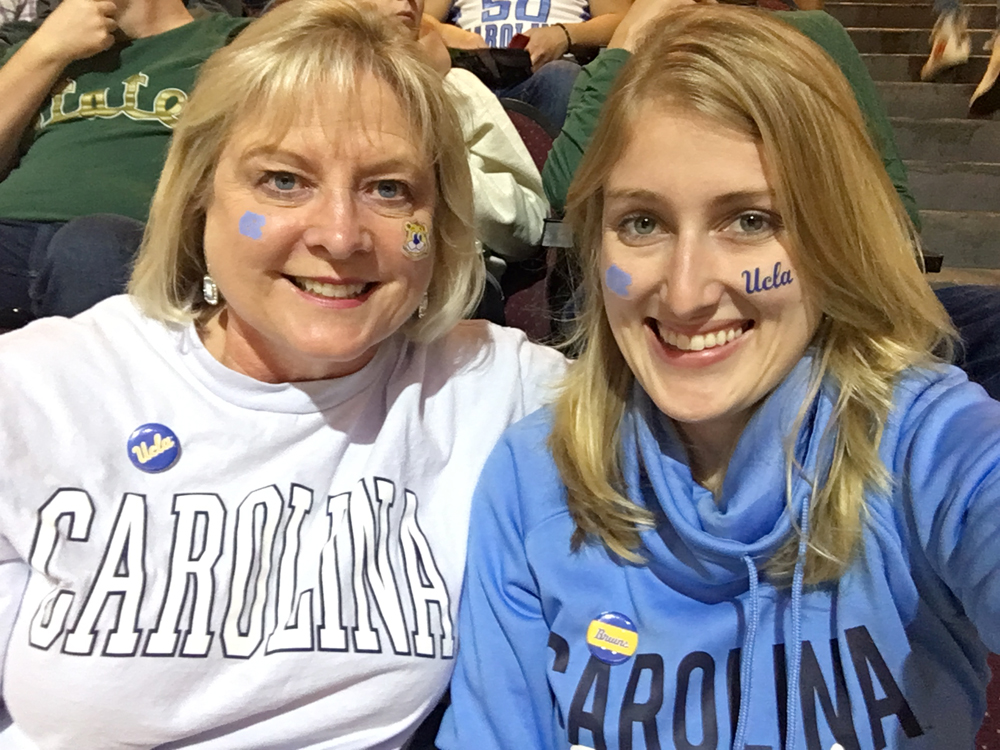 Despite all my years of living abroad, I’ve never once spent the holidays away from home, and 2018 was no different. Several family visitors throughout the month allowed for plenty of adventures around the area, and I ended the year with a pleasant evening of boardgames and bonfires with friends. 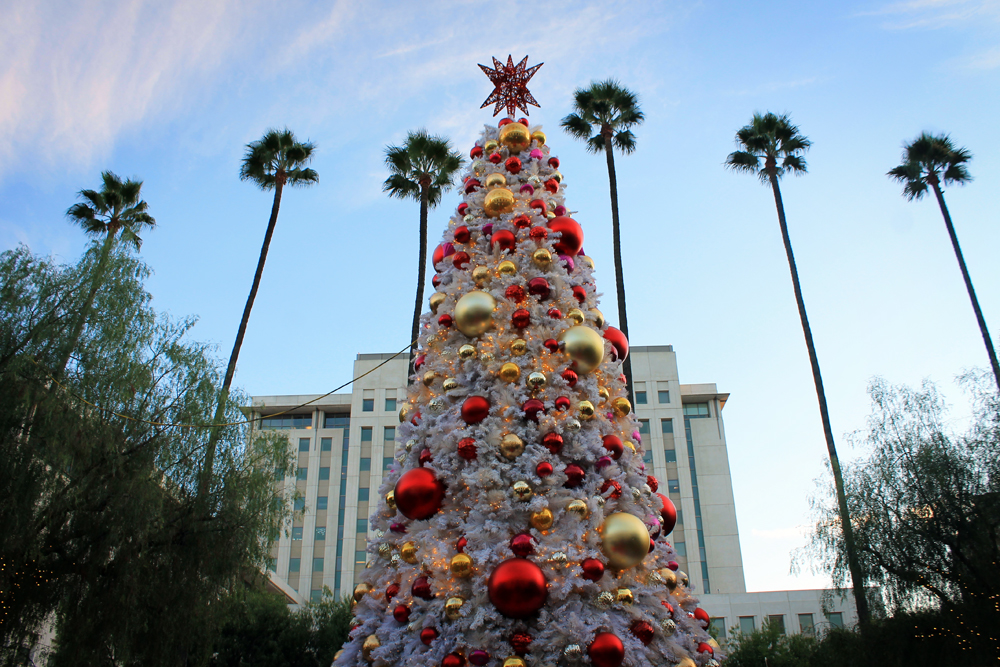 Though 2018 lacked the wild jetsetting I experienced in previous years, I learned that settling down can, in fact, go hand-in-hand with wanderlust. As we make our way through 2019, I’m continuing this calmer “adult” life, although a new, exciting job, solid friendships I’ve built since returning home, and plenty of domestic and international trips planned for the rest of the year mean there’s never a dull moment.

I may not have spent 2018 spotting sloths in the Amazon, staying up until sunrise in Tbilisi, bartering in Bangkok, or climbing volcanoes in Guatemala, but it was still a year to remember. Stay tuned for more travels in 2019 and beyond!