When in Rome, All Roads Lead to Rome, and Other Such Clichés

Everybody I talked to said Rome was terrible: overcrowded, expensive, busy, full of tourist traps… Despite these subpar reviews, I was still determined to see the famed capital at least once during my time in Europe. And boy am I glad I did, because Rome turned out to be pretty fantastic.

In my last post, I detailed the eventful start to our trip. Day two started with the Vatican. How often can you say you walked from your hotel to another country? The lines to enter the Vatican can, unsurprisingly, be outrageous, particularly just before Easter and following the excitement of the new pope, but, fortunately, my mom had booked tickets ahead of time (pro tip!). With this holy version of Disneyland’s Fastpasses, we skipped the crowds and went straight in. 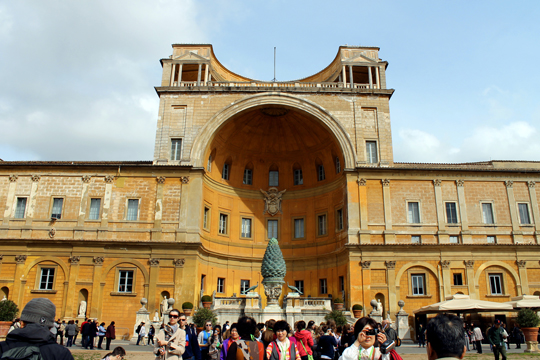 I’ll admit I’ve tired of ostentatious palaces and antique artwork, so we passed through some of the halls fairly quickly, although it was still all quite stunning. Amid the overwhelming number of frescoes and the anxious crowds in the Sistine Chapel, I managed to miss the most famous, Michaelangelo’s The Creation of Adam. The Vatican highlight for me was probably the massive St. Peter’s Basilica and the plaza outside it. 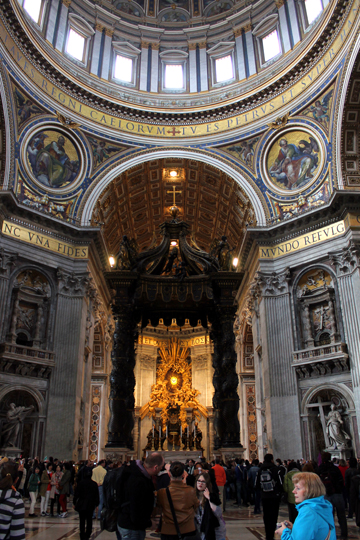 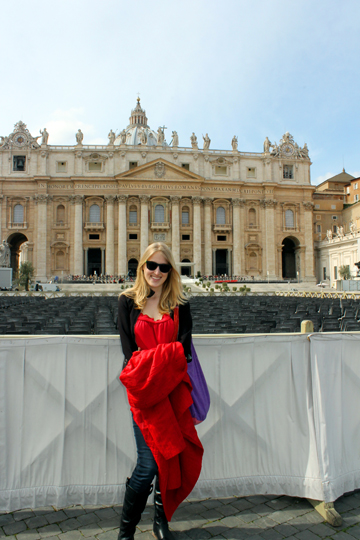 After our Vatican tour, we walked through some of Rome’s quieter streets and then visited Palatine Hill, where Rome is said to have its origins and where ruins stand today. From there, we got our first glimpse of the Colosseum, and next we visited the Forum, ruins of ancient Rome’s commercial center. We wandered around the city beyond that, seeing Monumento Nazionale a Vittorio Emanuele II, the massive monument to the first king of unified Italy, and the Spanish Steps, where a WWF Earth Hour concert was being hosted. 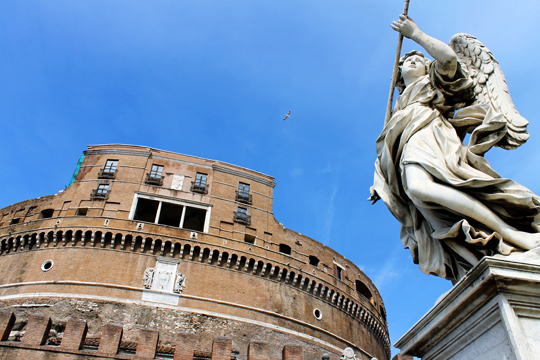 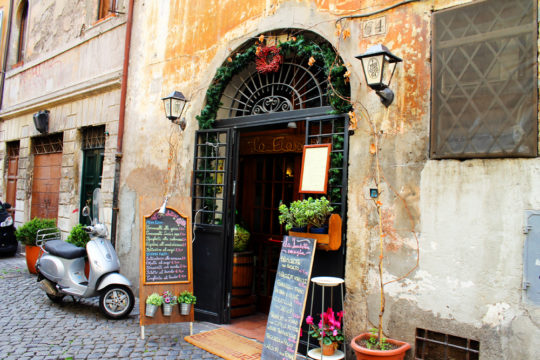 As the sun set, we visited the Trevi Fountain, absolutely packed with pushy people but nonetheless completely beautiful, especially at dusk. For dinner, we found a restaurant near our hotel and had to-die-for orange risotto and pear salad. Oh lawd, someone bring me some food from Italy, stat. 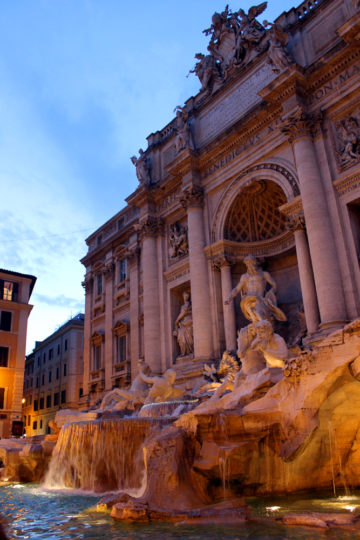 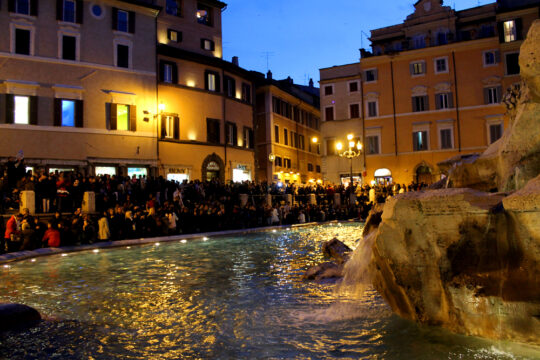 No shortage of tourists at the Trevi

We began the next day with a tour of the Colosseum. I’ll admit I prefer the Roman ruins I’ve explored in Spain, such as Italica or Mérida, where tourists are scarce and you’re free to roam pretty much where you want. However, there’s definitely something striking about seeing such an iconic landmark, and it’s fascinating to compare how similar sporting events and their audiences were all those years ago. 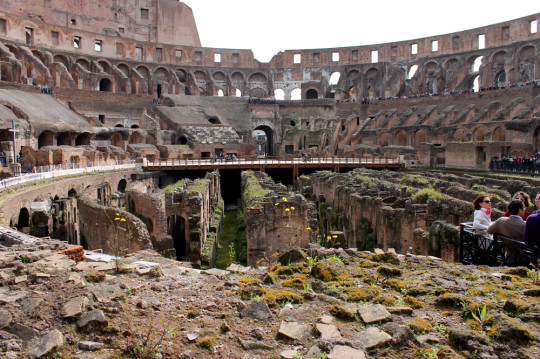 We explored the Trastevere neighborhood across the river, full of quiet, cobblestone alleys, had pasta in one of these scenic alleys, and then treated ourselves to gelato, because what’s a day in Italy without gelato? 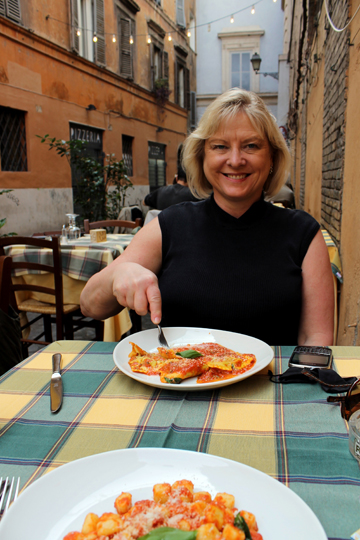 A picturesque lunch in Trastevere

Satisfied with all that we fit into a short weekend in Rome, we boarded a southbound train to our next destination, Naples! I continue the trip in this post.