7 Reasons to Love Life in Australia

Last night, my new Colombian roommate asked why I like Australia, and I quickly realized I had no answer prepared for her. Sure, life here is great, but, oddly, I had never given the question much thought. And to be honest, because Australia is so culturally similar to California – and after experiencing so many cultures while living in Spain and traveling everywhere from Peru to Bulgaria – living here almost feels like living in another part of the U.S….but with quirky accents and an insistence on throwing “u”s into every other word. 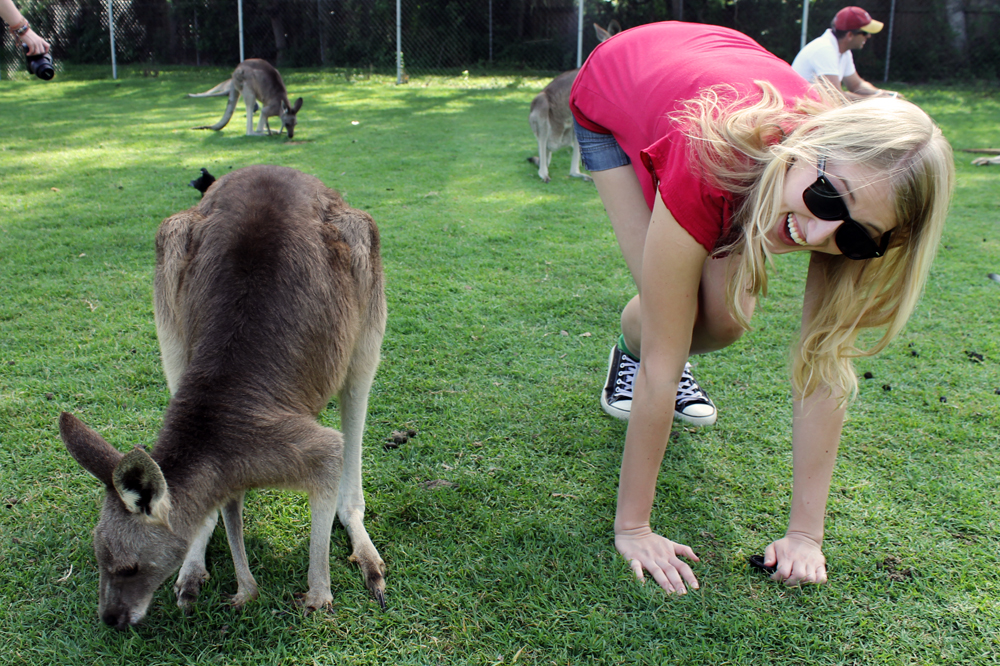 And, I mean, I clearly fit right in here.

I’ve also realized that, although I’ve called this country home for over 9 months, I haven’t dedicated many blog posts to my life down under. It’s about time I pay a little tribute to good ole Straya by highlighting some of the reasons I like living here.

Australia is famous for its beautiful beaches, and after living in a city as far away from the ocean as Madrid, I’ve come to truly appreciate them. But I’m also amazed at how quickly you can get from beaches to dry eucalyptus woods to lush, green forests – and that’s just within Sydney’s outskirts. I still have the vast deserts of the Outback, the tropical rainforests in the north, and much more to explore. Plus, you have to appreciate Australia’s native animals. I mean, what kind of country just has kangaroos casually chilling in backyards and koalas munching away above the highway? 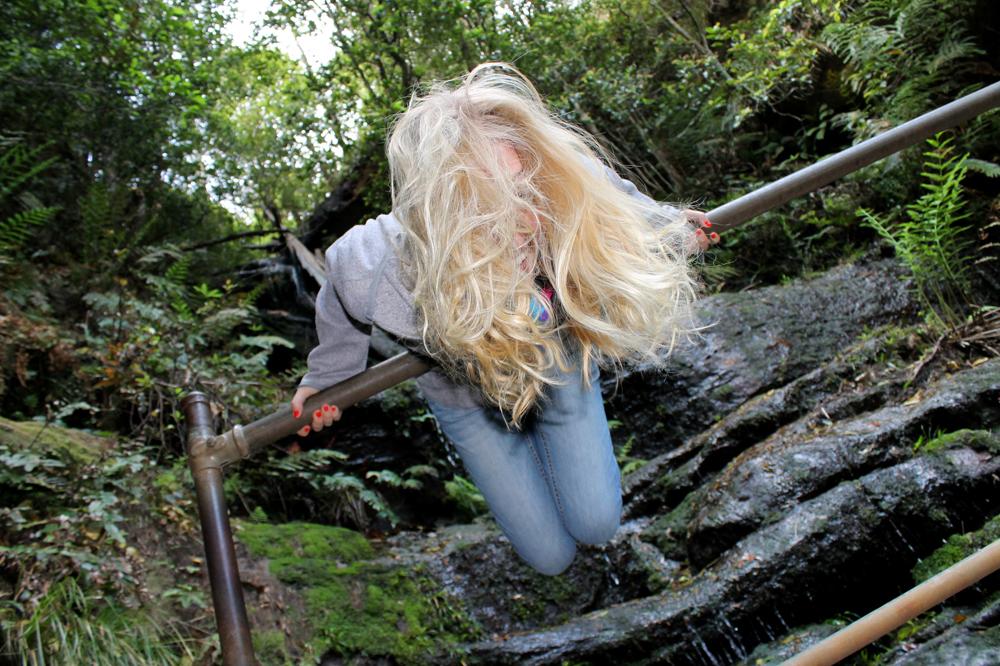 The greenery of the Blue Mountains

It’s a bit shocking, once you enter the “real world,” how much of your life your work seems to occupy. So it’s pretty darn important to find something you like. Fortunately, I’ve done just that. I came here with a plan to find a job in my field, digital marketing, although loads of naysayers told me it would be next to impossible to find an ideal job as a foreigner on a working holiday visa. But, hey! I did it! And although work is work, and, like most people, some days I wake up wishing I could catch a plane to Maui or stay in bed all day watching The X-Files, I’m doing exactly the kind of work I want to be doing in a really great company with some fantastic coworkers. What more can you ask for?

Everyone around me will tell you I’ve spent the last week and a half since I returned from my visit home whinging about the weather. I mean, seriously, Australia. I get how science and hemispheres work and all, but I still can’t wrap my mind around wearing a coat in July. Where are all the barbecues and short shorts and fireworks? Even still, I can’t complain. Born and raised in California, I’m a wussy when it comes to the cold, so Australia’s moderate temperatures are right up my alley. And though I am no fan of my chilly walks to and from work, I can still spend my lunchtimes lounging on the grass and soaking up the sun, even in the heart of winter. Thanks for that, Sydney. 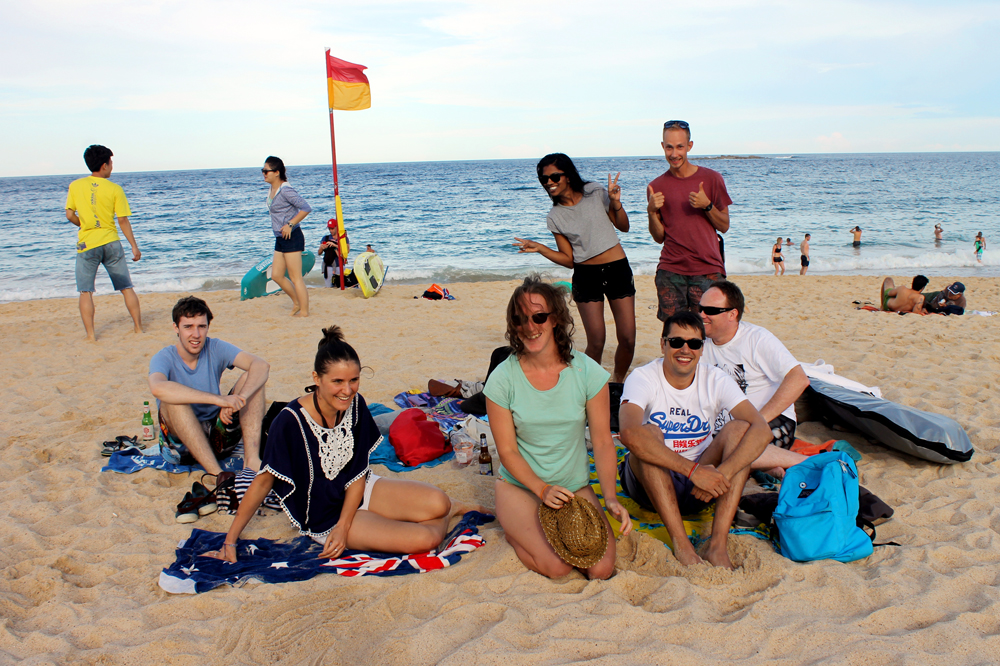 All the beach weather we can get

Call me a typical twenty-something, but I simply cannot get enough of bar trivia. I’ve done it in California and became a regular in Madrid, but Australians really seem to love their trivia, and I love them for it. There is no shortage of Sydney pubs offering my favorite weeknight activity, and I’ve formed a new group of friends from joining the world’s best trivia host each Wednesday and frequently scoring ourselves drink vouchers for knowing that the capital of Saint Lucia is Castries or that the World Cup started in 1930.

In the U.S., deciding where to go out for dinner usually involves rattling off a list of ethnic cuisines. “Chinese? Mexican? Italian? Thai?” So living in Spain, where the list of ethnic cuisines is, “Spanish? Spanish? Northern Spanish? Some Asian inspired place that may or may not be Chinese but is mostly Spanish?” took some getting used to. (I should note here that Spanish food is amazing and I miss it dearly, so I can hardly complain about Spanish food previously being 95% of my options.) Perhaps even more so than L.A., Sydney has just about every type of food you could possibly imagine, so my stomach is very pleased very often. 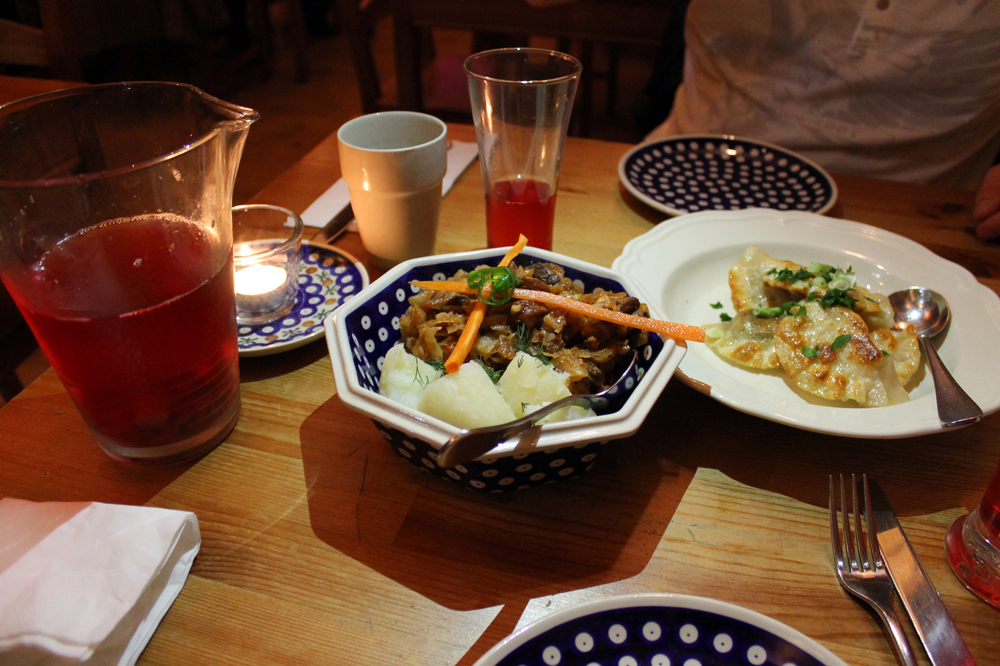 Polish food in the Sydney neighborhood of Glebe

I think I’ve been taking this for granted the past few years, but having no need for a car is amazing. Goodbye traffic and egregious gas prices. I’m able to walk from my apartment to work in about twenty minutes and can also get just about anywhere I need on foot. And when I need to go a bit farther, although I have to say Madrid’s public transportation is far superior to Sydney’s, the trains and buses here still serve their function more than adequately.

Let’s take a moment to sing Kumbaya as I cheesily praise my friends, but, really, having arrived in Australia knowing absolutely no one, I’m grateful for the people I’ve met here. I’ve had to rebuild my friend group since many of my expat friends moved home over the last few months, but I continue to meet more and more people that truly make this place feel like home. 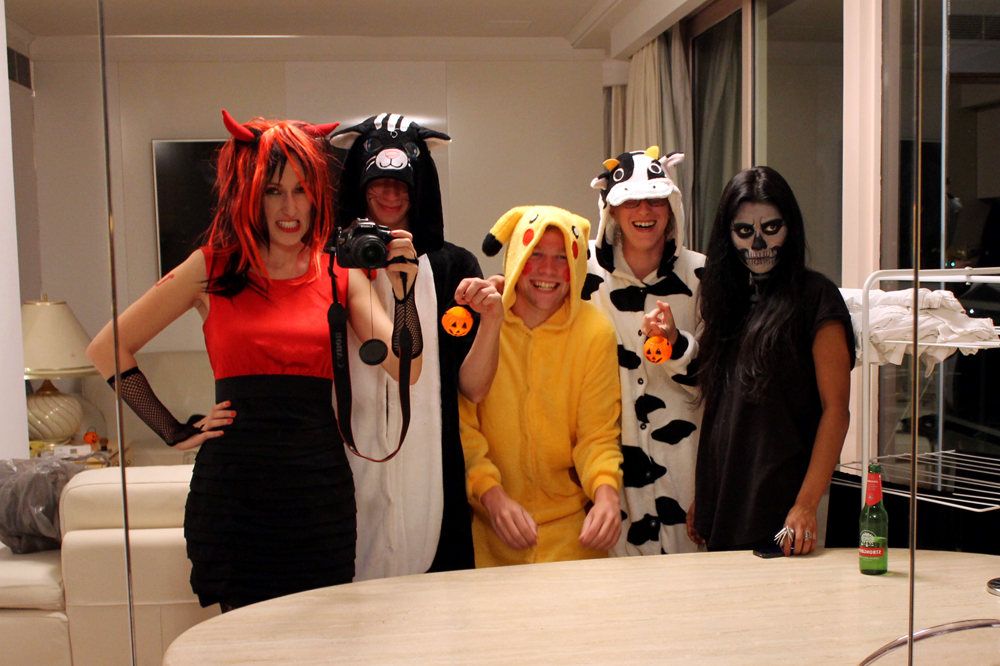 My first group of friends in Australia, a Frenchie, two Dutchmen, a Kiwi, and me, a Seppo.

Well played, Australia. Can’t wait to see what else you have to offer.