Ahh, the Joys of Discount Airlines!

There’s not a day that goes by that I don’t spend at least a few moments missing my past life in Europe. But if there’s one thing I don’t miss in the slightest, that I’m entirely glad to be away from, it’s my constant experiences with discount Europen airlines, namely everyone’s most hated name in travel, Ryanair. 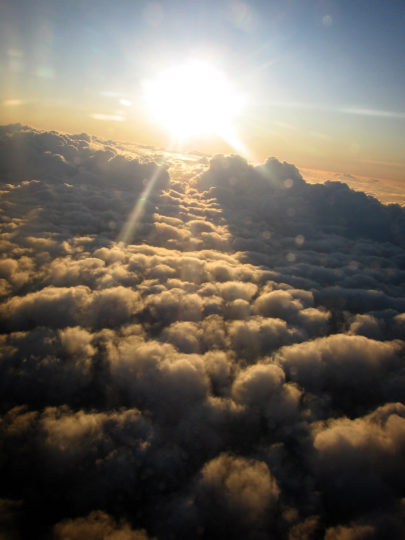 On board a Ryanair flight to Brussels in December 2009. Smooth sailing?

A rant against Ryanair? What a novel concept in the travel blogosphere! Yes, you may have heard it before, but, after years of railing against the airline to anyone who would lend me an ear, I figure it was about time to dedicate a blog post to some of my most frustrating experiences with various discount airlines.

I must preface this by noting that, actually, as much as I hate these airlines, I am actually also slightly, secretly, desperately in love with them because of the fact that they got me to countless foreign destinations I never would have otherwise been able to afford while I was living in Europe. And, really, a negative flight experience isn’t the end of the world when you’re only on the plane for an hour or two.

I won’t harp on about all of the things anyone who has ever experienced a discount airline can attest to: ridiculous fees sneaked in at every step of the booking process, vomit-worthy yellow or orange interiors, no reclining seats, advertisements over the loud speakers every five minutes disrupting your sleep when you’re on a 6am flight…and, in my opinion, the absolute WORST part of flying discount airlines: the insanely strict carry-on baggage restrictions. I swear, every time I flew a discount airline, I could barely hear anything above the pounding of my heart because I was so nervous they would try to force me to pay an egregious fee because my suitcase was three millimeters too wide. 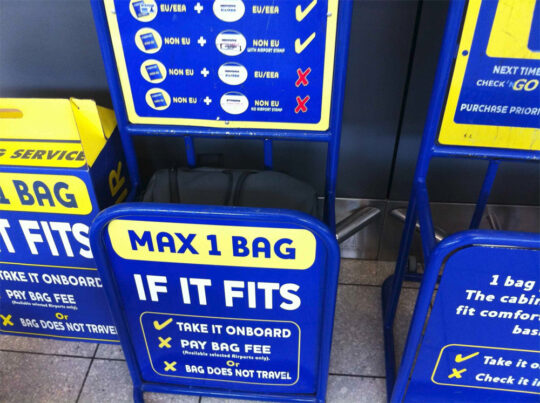 The most hated sight in all of Europe

Here are some of my favorite (read: least favorite) memories dealing with discount airlines over the past years.

Luggage down my pants

I don’t reserve all of my discount airline hatred for Ryanair. Barcelona-based Vueling seriously got on my bad side as well the one time I flew with them, in June 2013. Vueling has a weight restriction for carry-on baggage, which is fair enough! No other airline has ever weighed my carry-on, so I expected Vueling to overlook it as well, and I was surprised when they told me I would not be able to fly with my suitcase, because it was a kilo or so over the weight limit. Yes, yes, simply a matter of policy, I get it, although they were unnecessarily rude about it.

I stepped a few feet away from the check-in desk to rearrange my suitcase, stuffing my heaviest objects down my pockets, converting chargers into belts, even giving myself a very lumpy potbelly with assorted objects under my shirt. I sheepishly returned to the counter, sure they would call me out on my blatant attempts to subvert their restrictions. Instead, they gave me a quick glance, shrugged, and handed me my boarding pass. Because moving luggage from a bag to my pockets really decreases a plane’s weight.

On a related note, several companies have created jackets with enormous pockets to get past airlines’ carry-on restrictions. I wholeheartedly approve. 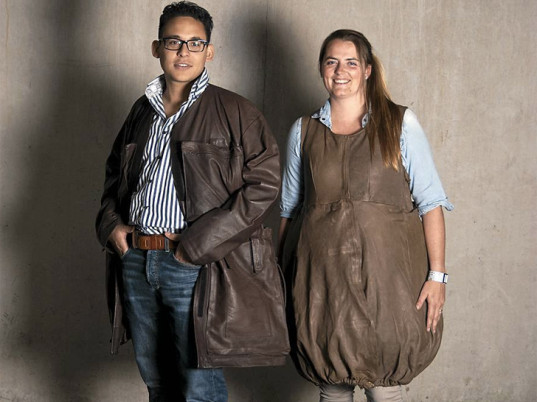 In June 2012, my Central Europe trip was coming to an end, the last leg of our trip being a Ryanair flight from Bratislava, Slovakia back to Málaga, Spain. Being a three year Ryanair veteran, and knowing that they’ll do anything in the power to prevent you from flying, I quadruple checked everything to ensure we had all the correct documents, flight times, etc. When we approached the ticket desk for our passport check (never forget to get this stamp if you’re a non-EU citizen and are flying Ryanair!), the airline employee shook his head and asked, “Where’s your police stamp of departure?” What? What stamp? “You had to go to the police station before coming here. You’ll have to hop on the bus – there’s a station about thirty minutes away. There’s a chance you can still make your flight, but it will be close” I immediately began protesting, arguing that I had checked every last bit of fine print and had never seen such a requirement, but he looked at me with a smirk. “Just kidding. You’re all set to board.”

Okay, so perhaps he shared the world’s Ryanair frustrations and was actually making a very clever reference to the airline’s excessive restrictions. But having spent years wanting to pull my hair out after every Ryanair flight, at the time, I was not amused. I was about ready to punch that guy. But, hey, Mr. Ryanair Employee, two years later, I’ll chuckle at your prank…just a little. 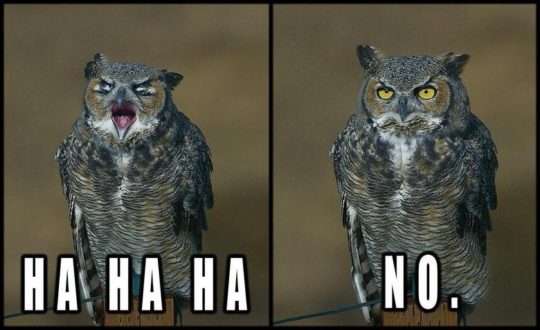 This post was actually prompted by a call I made yesterday to Jetstar’s customer support. Jetstar is Australia’s answer to discount airlines, and, while it’s more expensive than Europe’s options, I still managed to book a flight from Sydney to Melbourne for $94 round-trip. Or so I thought. I paid via direct bank deposit, because Jetstar charges a $16 debit/credit card fee, but noticed in my bank statement a few weeks later that my charge had been refunded, with zero notification or explanation from Jetstar. So I called customer support to sort out the issue, and the woman on the phone basically told me she knew nothing about direct deposit payments, nor could anyone else assist me. “Um, but that’s one of your primary payment methods.”

She informed me I had lost my reservation and would have to re-book the flight, which was unfortunate, because the price had increased by $10, but, oh well, what’s $10? But wouldn’t my payment just get rejected once again? What could I do to get it accepted? She had no idea. It was then that she offered to courteously waive credit card fees, charging me only $168! But the online booking was $104? “Yes, it’s more expensive over the phone.” I argued that it would make no sense to book by phone, so she then offered me a $50 credit if I booked over the phone…still more expensive than it otherwise would have been. Think I should gift Jetstar’s employees basic arithmetic lessons for Christmas? Fingers crossed my booking goes through this time, but I have very little hope. 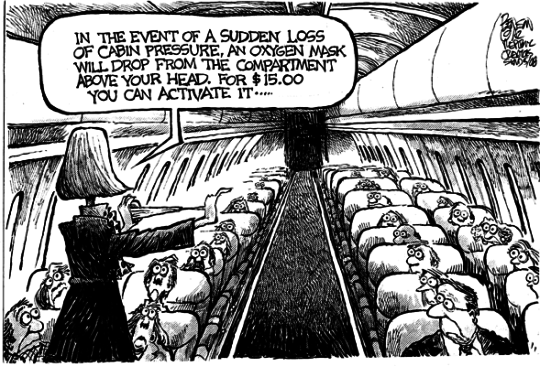 Discount airlines in a nutshell

One event that has shaped my opinion of Ryanair over the years is the response About.com Spain writer Damian Corrigan reported receiving from Ryanair’s Head of Communications at the time, Stephen McNamara. Back in 2010, Corrigan contacted the airline to get the scoop on why they had canceled more flights due to the eruption of the Eyjafjallajökull volcano in Iceland than other airlines and were doing a poor job of reimbursing passengers. McNamara responded simply with:

“That is potentially the most stupid question I have ever received.  You show your complete lack of knowledge of the situation and the airline industry – which is why we ignore bloggers. Grow up Damian.”

Ah yes, I just love putting money in the hands of airlines who head their communication teams with “professionals” whose comebacks rival, “I know you are, but what am I?”

In my wildest dreams, I’m a millionaire who never flies with a discount airline ever again. But until then, that’s the travel life, and, hey, aren’t the frustrations all part of the adventure?

What have been your biggest airline mishaps? I know you’ve had them!