I’ve said it before, and I’ll say it again: traveling the Balkans ruined my life. Back in 2013, wrapping up my three years as a Spanish resident, I set out on what I thought would be one final grand adventure. Five weeks of backpacking around the Balkan Peninsula were bound to be a blast, but I had no idea just how much the region would change me. 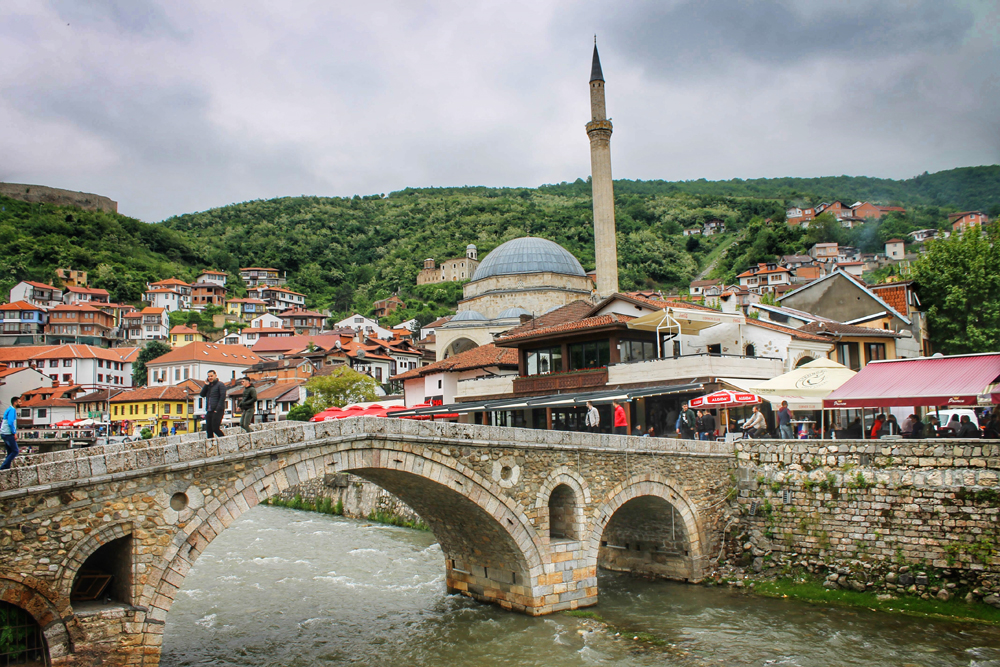 Over those weeks, as several friends and I made our way through Croatia, Slovenia, Bosnia, Montenegro, Serbia, Greece, Macedonia, Albania, Bulgaria, Romania, and Hungary, I was hit by a realization I simply couldn’t ignore: never again would I be content to live a sedentary lifestyle. I’d been bitten by the travel bug harder than ever, and the wanderlust that the Balkans had instilled in me couldn’t be easily satiated.

Two and a half years of living in Australia and eighteen months of backpacking later, I may be content to stick around the U.S. for a while, but travel will always be an enormous part of my life, and I blame it all on the Balkans.

I had the chance to return to the Balkans this past May, spending time in Serbia, Kosovo, and Bulgaria and further cementing my love for the region. I mean it when I say you absolutely have to see it for yourself to understand what an amazing place it is. While it was tough to narrow it down to just six, these are my top reasons the Balkan Peninsula is the place to visit this year. 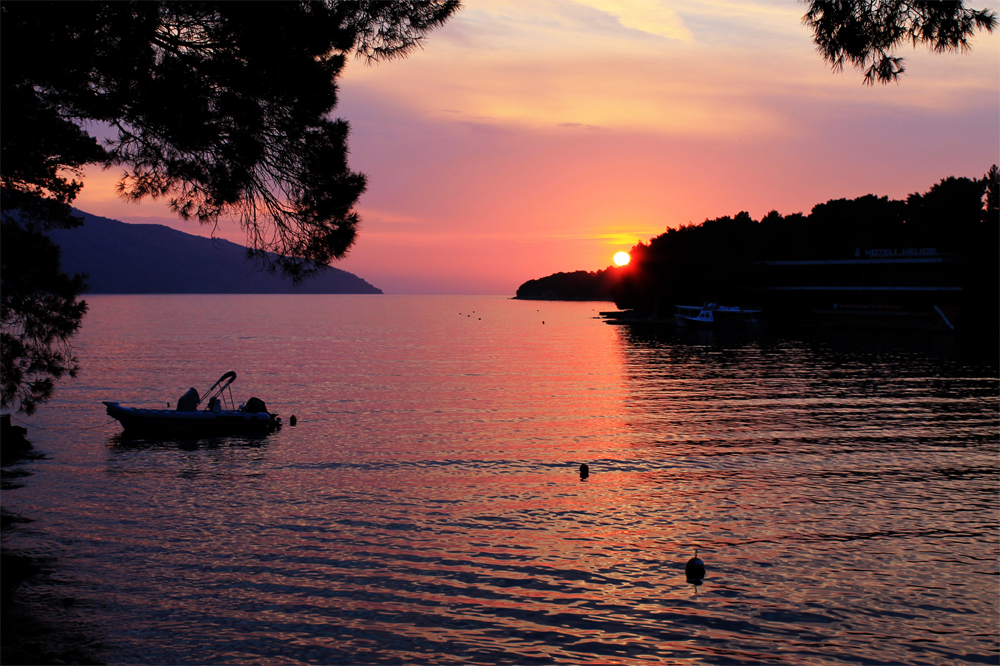 Why You Should See the Balkan Peninsula for Yourself

Crash courses in an area’s history are one of my very favorite parts of traveling. One of the most fascinating ancient and recent histories you’ll find anywhere around the world, in my humble opinion, is that of the Balkans. Archaeologists can trace the region’s inhabitants all the way back to the prehistoric Neolithic Age, and historians detail centuries of civilizations that ruled the peninsula, including the Romans, Byzantines, and Ottomans. These conflicting cultures led to severe fragmentation that erupted violently in the 20th century.

The Balkans have been through more chaos and political upheaval in the last century alone than some areas have experienced since the beginning of time, and traces of the tumultuous 20th century can be seen everywhere today. If you recall watching the news in the 1990s and seeing images of the horrific Balkan wars, you’ll be stunned by what a complete 180 the peninsula has undergone in such a short time. Today, the region is incredibly safe, and, for the most part, politically stable. Keep your eyes peeled for military bunkers and ruins, be respectful of cultural divisions that remain, and take time to appreciate how peaceful and beautiful the Balkans have become. 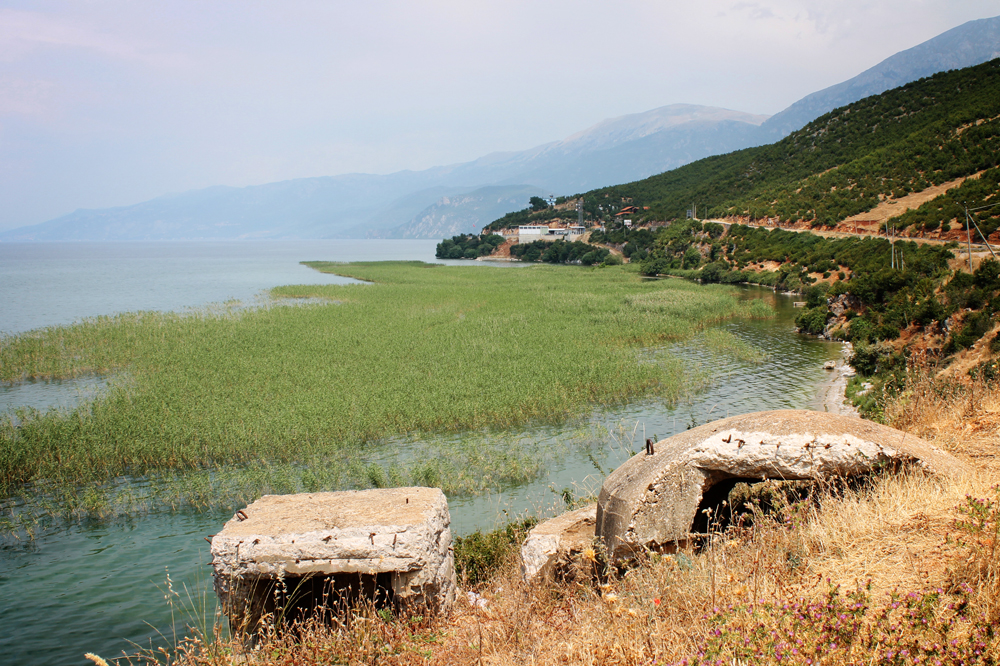 Bunkers still lining the road between the Albanian and Macedonian borders

I’ve tasted some ridiculously magnificent meals around the world, but some of the very best have been in the Balkans. Some of my favorite memories during my travels through the peninsula revolve around meals: stumbling upon cozy restaurants, asking the servers about how dishes are made, and listening to live music while expanding my palate.

Each country specializes in its own dishes, but I have yet to meet a Balkan cuisine I don’t love. Grilled meats, tasty breads, homemade cheeses, stuffed vegetables, and savory pastries seem to be staples around the region, and I’m drooling just thinking about the ones I’ve tried. The best part is that eating out in the Balkans tends to be fantastically inexpensive, meaning you can’t go wrong ordering a plethora of dishes you’ve never heard of. You never know which new favorites you may discover. 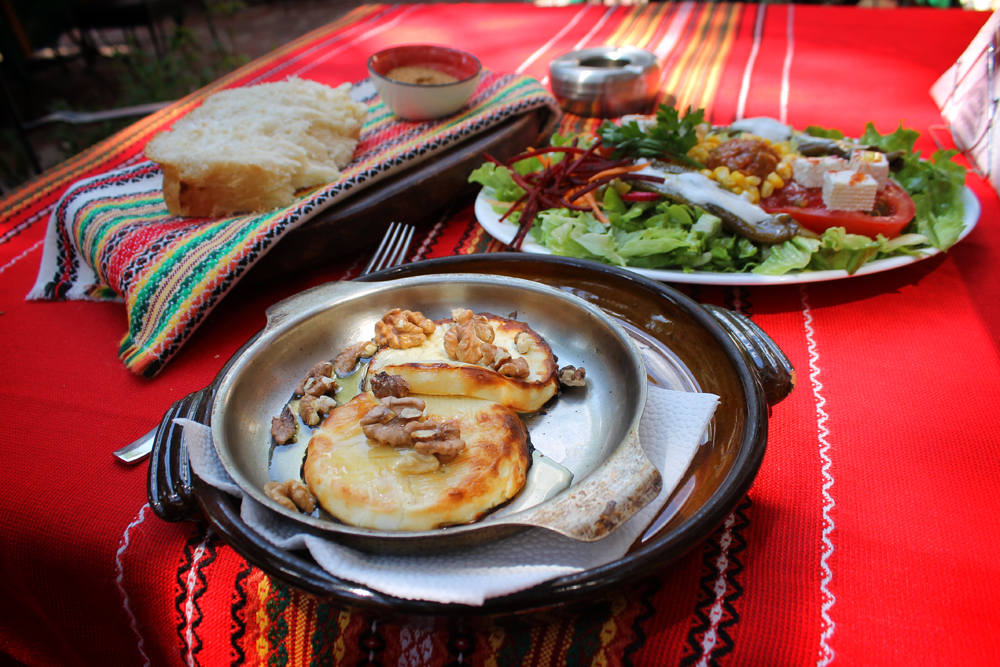 Tasting Bulgarian dishes in Sofia this past May

When you’re enjoying the finest Balkan cuisine, you simply can’t forget the drinks! Alcohol is a big part of Balkan culture, and you’d be remiss to not try some of the region’s local specialties. Rakia (sometimes spelled rakija) is the go-to drink in many of these countries. This strong fruit brandy is often homemade and in extreme cases can be comprised of up to 90% alcohol. Serbians drink more rakia per capita than any other country, and, fittingly, Serbia is also its world’s largest producer. It’s not uncommon to see Serbians accompanying each meal with several servings of rakia.

Although sipping on rakia may help you blend in with the locals, it does take a bit of getting used to. Beer and wine may be more your speed, and, fortunately, the Balkan countries excel in these areas too. I always love to try the local, inexpensive lager wherever I go, and you’ll find plenty of different beers throughout the region. Craft beer is also seriously on the rise in the Balkans, and there are plenty of tasty brands to try on your next visit. And while Balkan wine may not be known worldwide, the viticultural tradition dates back centuries, so don’t be shy in ordering a glass with your next meal. You may even consider spending part of your trip exploring the region’s vineyards. 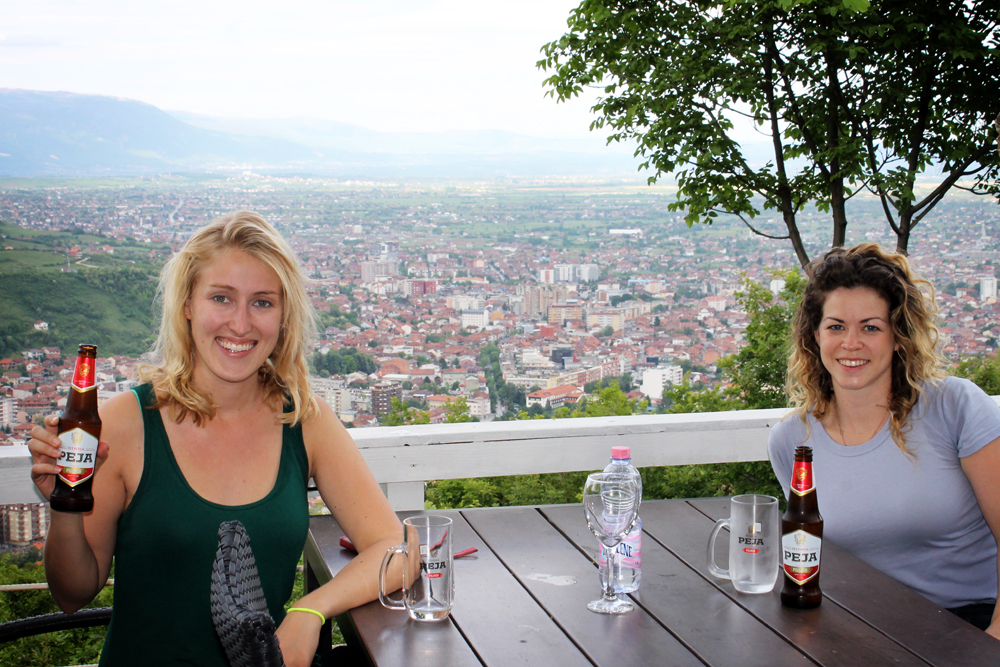 When it comes to new travel destinations, there’s nothing that wins me over quite like reasonable prices. So it’s no surprise I fell in love with the Balkans, one of the least expensive spots in Europe. Though costs differ from one country to the next, each is significantly more affordable than North America, Australia/New Zealand, or Northern Europe. Whether you’re a backpacker on a budget or have the funds for luxury travel, you’ll be delighted by how much further your dollar (or euro or lek or dinar) will stretch while traveling the Balkans.

Depending on your location, a bed in a hostel dorm may set you back only about €5 to €15 euros per night, or if you’re looking for your own space, you’ll find private Airbnbs for under €20 a night in some places (and you can get €33 off through my link!). A multi-course meal at an upscale, sit-down restaurant may cost only €5 to €10 per person, and there’s bargains to find everywhere. Plus, if you’re flying from elsewhere in Europe, you’re likely to find unbelievable airfares on discount airlines. Hard to say no to that, huh? 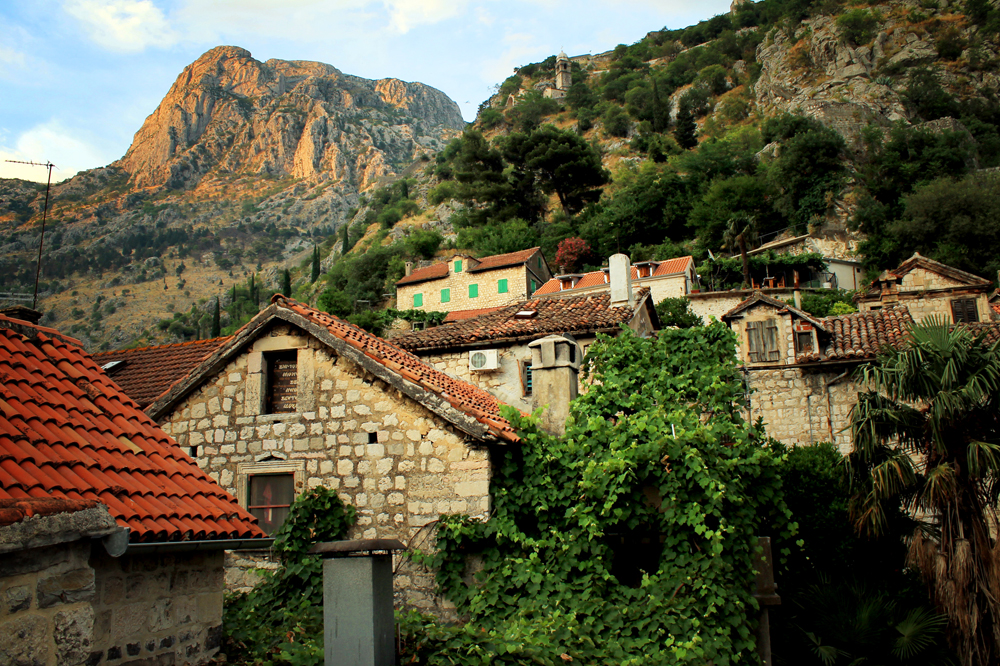 The Nature and Adventure

If you love to leave big cities behind and get out into the great wide open when you travel, the Balkans are an amazing place to visit. The area’s stunning and diverse mountains, lakes, and rivers are the ideal spots for walking, hiking, and getting a breath of fresh air. National parks, such as Serbia’s Tara National Park, abound throughout the region and many are off tourists’ radars, meaning you’ll find plenty of peace and quiet in each.

If you’re an adrenaline junkie when it comes to travel, the Balkans are one of the world’s best up-and-coming regions for adventure activities. You’ll find plenty of tourists mountain biking through Kosovo, kayaking in Albania, rock climbing in Macedonia, or setting off on whatever adventure their daring hearts desire. Whether you’re skydiving in Serbia or caving in Croatia, the Balkans are bound to serve up a true adventure. 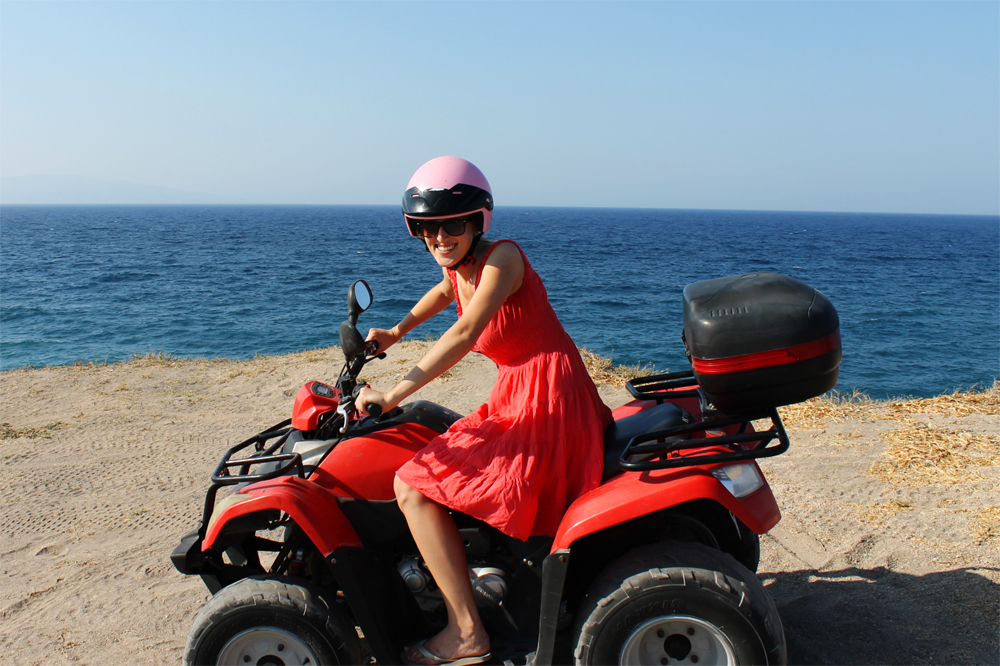 Zipping around Santorini by ATV

If I’m home, inside, and have a blanket and a good book or Netflix to keep me company, I absolutely adore rainy, overcast days. When I’m traveling? Sunshine all day, every day, please! Let’s face it: inclement weather can be a major bummer when you’re sightseeing. Fortunately, Balkan weather is pretty delightful year-round. It’s a big, mountainous peninsula, so, naturally, temperatures and rainfall vary from one location to the next, but the climate tends to range from bearable to lovely year-round.

The northern and central parts of the peninsula do face cold winters – perfect if you want to hit the ski slopes! – but the rest of the year tends to be pleasant, and the rainy seasons lead to gorgeous greenery. The central and southern areas experience a Mediterranean climate, meaning mild winters and hot yet dry summers. If you’re a beach fanatic, you’ll absolutely adore the Balkan coast and islands in the summer. (As if you needed any more convincing to embark on a Croatian cruise or sunbathe in Santorini.) 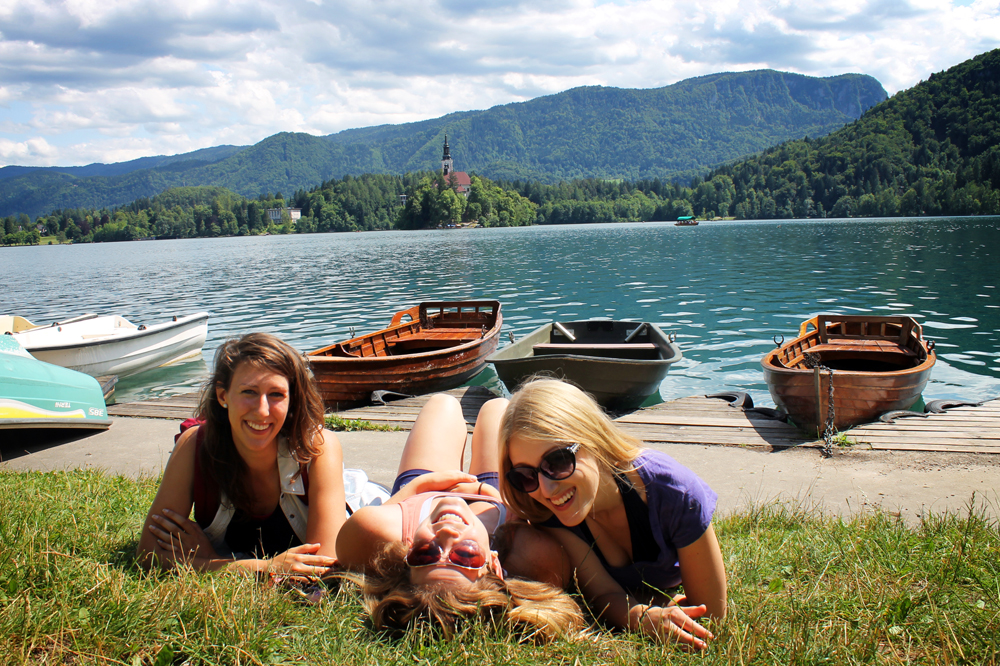 Soaking up the summer sun in Bled, Slovenia

While some spots – like the Greek islands – have been tried and true tourist favorites for years, the Balkan Peninsula remains chock-full of hidden gems awaiting your discovery. My two trips to the Balkans have turned me into a full-fledged evangelist for the region for these reasons and many more. I’ll be keeping my fingers crossed that you get a chance to experience this part of the world for yourself and fall just as in love with it as I have.