The 8th Wonder of the World? Cruising Unbelievable Milford Sound

Three weeks into New Zealand, I’ve seen some truly remarkable sights. Mountains, lakes, beaches, islands, you name it. But reflecting back on my time here so far, the highlight would have to be the unbelievable sights of South Island fjord Milford Sound. 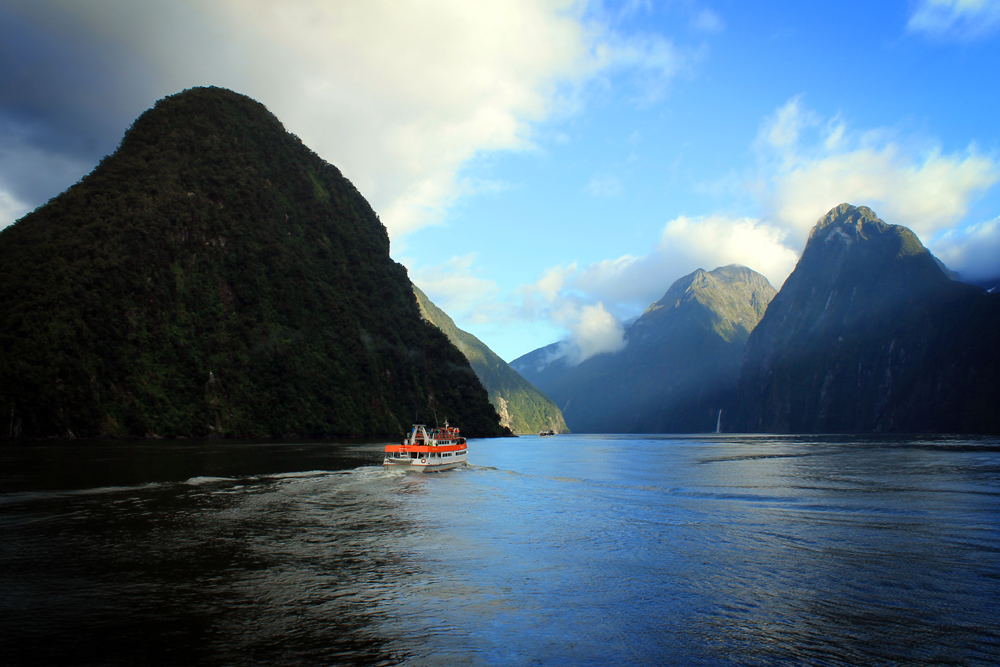 After flying from Queenstown to Milford Sound with Air Milford, I thought the sights of the day couldn’t possibly get any more awe-inspiring. But there was more! With Air Milford‘s fly-cruise-fly  tour, after seeing Milford Sound from above, it was time to see it up close and personal with a Southern Discoveries cruise.

Our pilots led us from the plane to the harbor, where we boarded our two-hour cruise. Friendly staff greeted us and pointed us toward — bonus! — a breakfast buffet with all-you-can eat eggs, hashbrowns, sausages, muesli, yogurt, and more, a tasty way to begin our tour of the fjord. 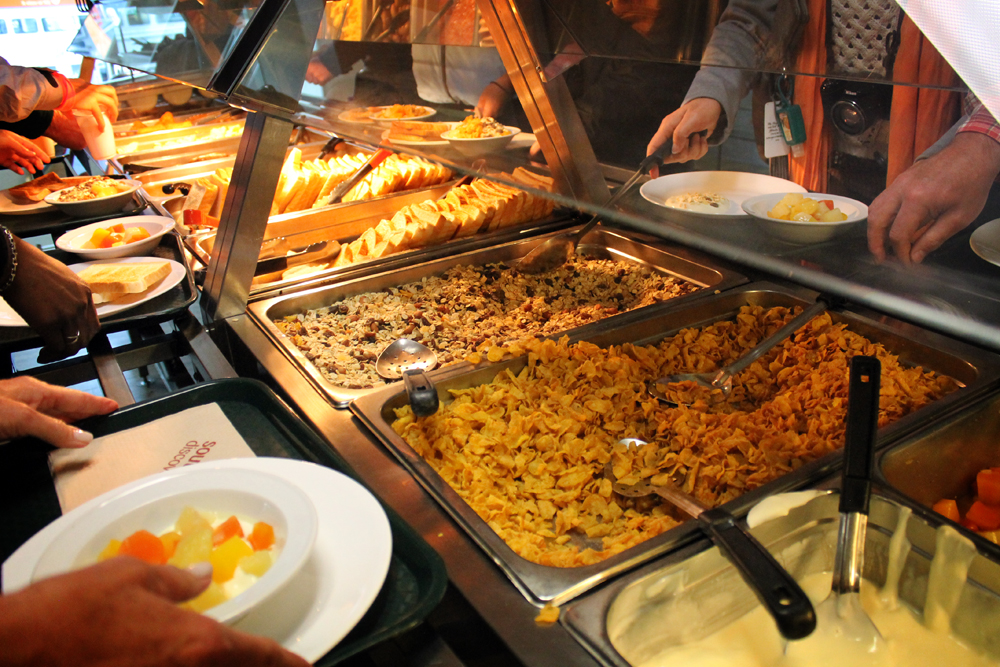 Lining our stomachs as we began our cruise

As we left the harbor, the clouds began to make way for sunshine and blue skies, and the captain narrated Milford Sound’s story. Deemed the eighth Wonder of the World by Rudyard Kipling, Milford Sound is a fjord (“sound” is a misnomer) in New Zealand’s South Island. It was first discovered by Europeans in 1812, and it now attracts up to one million visitors per year.

Looking for other mind-blowing spots to see on your trip? Check out this two-week South Island New Zealand itinerary. 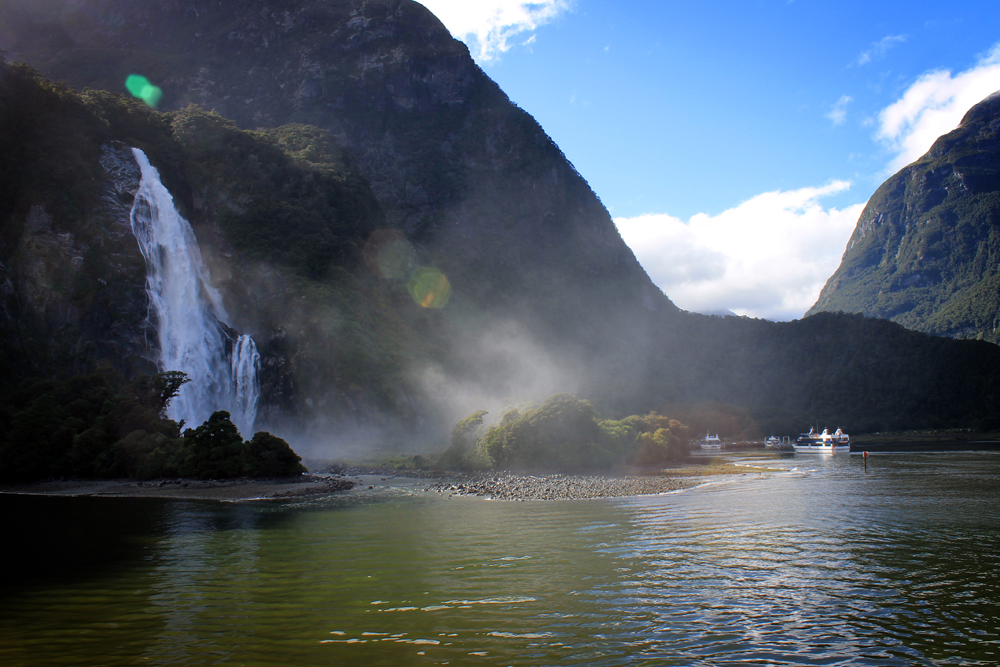 Is it any wonder why?

I had been told by a few people not to be disappointed if I arrived on one of Milford Sound’s one of many rainy days. The fog can make the fjord even more striking, plus rain creates dozens of temporary waterfalls that dry up within a few hours of the rain clearing. Conditions on the day I toured Milford Sound could not have been better, as the area had been doused with rain over the past week, so the waterfalls and clearing clouds made for dramatic vistas, but we still were treated to blue skies. 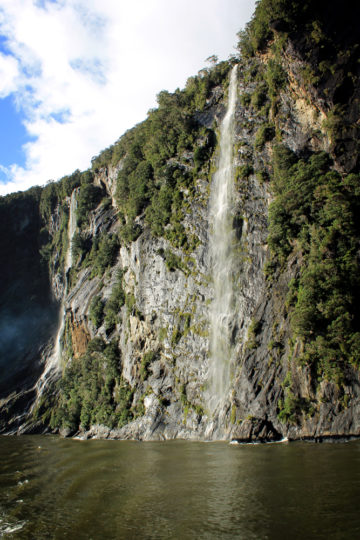 Some of Milford Sound’s dozens of waterfalls

The ship had several outdoor viewing areas, in addition to the warmer interior, so I headed to the top deck to photograph my surroundings. I had seen plenty of beautiful photographs of the destination, but what struck me in person was the magnitude of Milford Sound. Steep, lush cliffs towered above us, and I couldn’t stop peering up at them in utter awe. The natural beauty plus the fact that I felt like we were thousands of miles from the rest of the world led to one of the most magical experiences I’ve ever had. 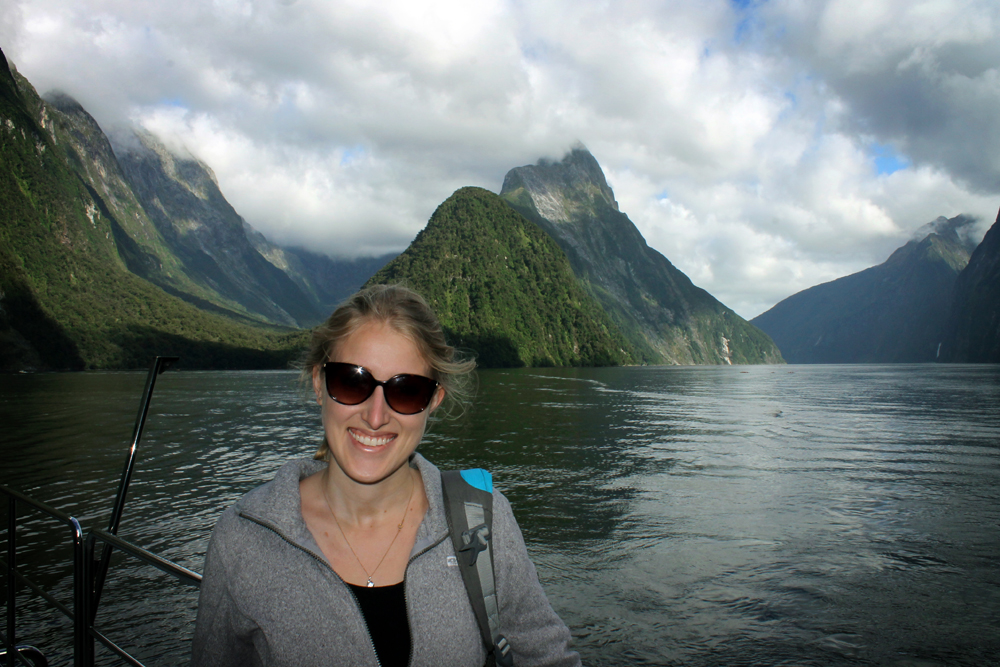 Taking in the sights

The ship took us close to several of the larger waterfalls that exist year round and also brought us near a rock where a family of seals were lounging in the sun. We were taken to the fjord’s outlet into the Pacific Ocean and throughout all of Milford Sound, all of it every bit as breathtaking as the rest. 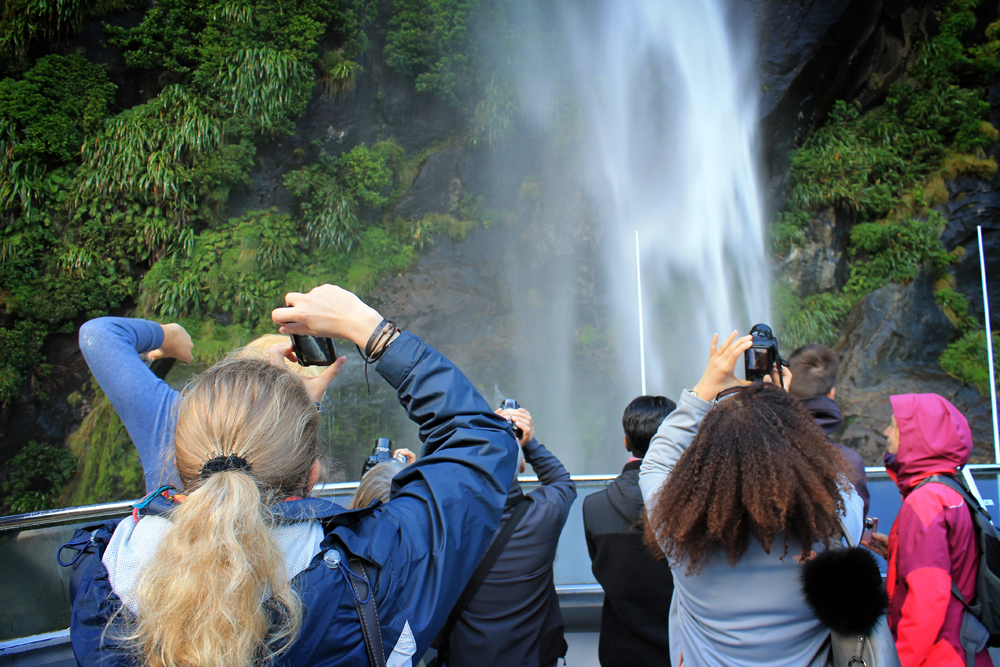 Getting right up to a waterfall 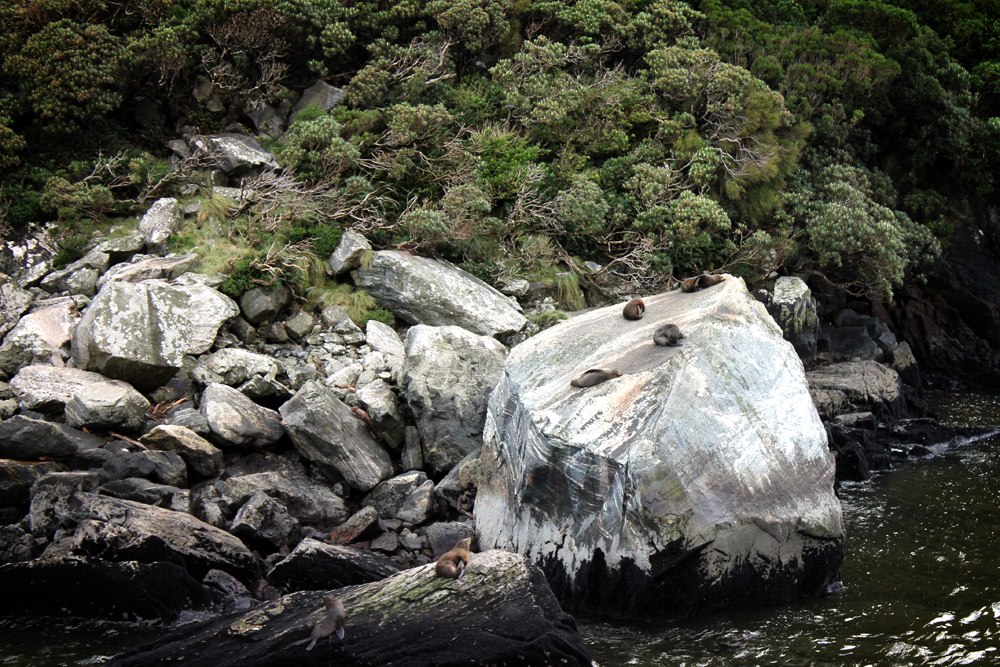 After our tour came to a close, Air Milford carried us back to Queenstown with some out-of-this-world aerial sights along the way. When we arrived in Milford Sound that morning, we had been told that there was a small chance we’d have to skip the cruise due to weather conditions, but oh am I glad that the cruise went ahead. Milford Sound truly is unlike anything I’d ever seen, and cruising around it with Southern Discoveries made for a perfect day. Kipling certainly hit the nail on the head when he called it the eighth wonder of the world.

Disclaimer: I was a guest of Air Milford and Southern Discoveries, but all opinions are entirely my own, as always.