I’ve traveled all over the globe and seen some spectacular cities, but I stand by my assertion that few places in the world compare to San Francisco, California. The spirit of the city has always captivated me, so much so that my plan when I returned from traveling in 2017 was to settle down in San Francisco. One thing led to another, and I wound up building a home in Los Angeles, but I’m always eager to get a chance to return to SF, even if just for a few days. That’s why I was eager to speak to former local Bryan Tighe of BudgetYourTrip.com about why he finds the city so alluring. 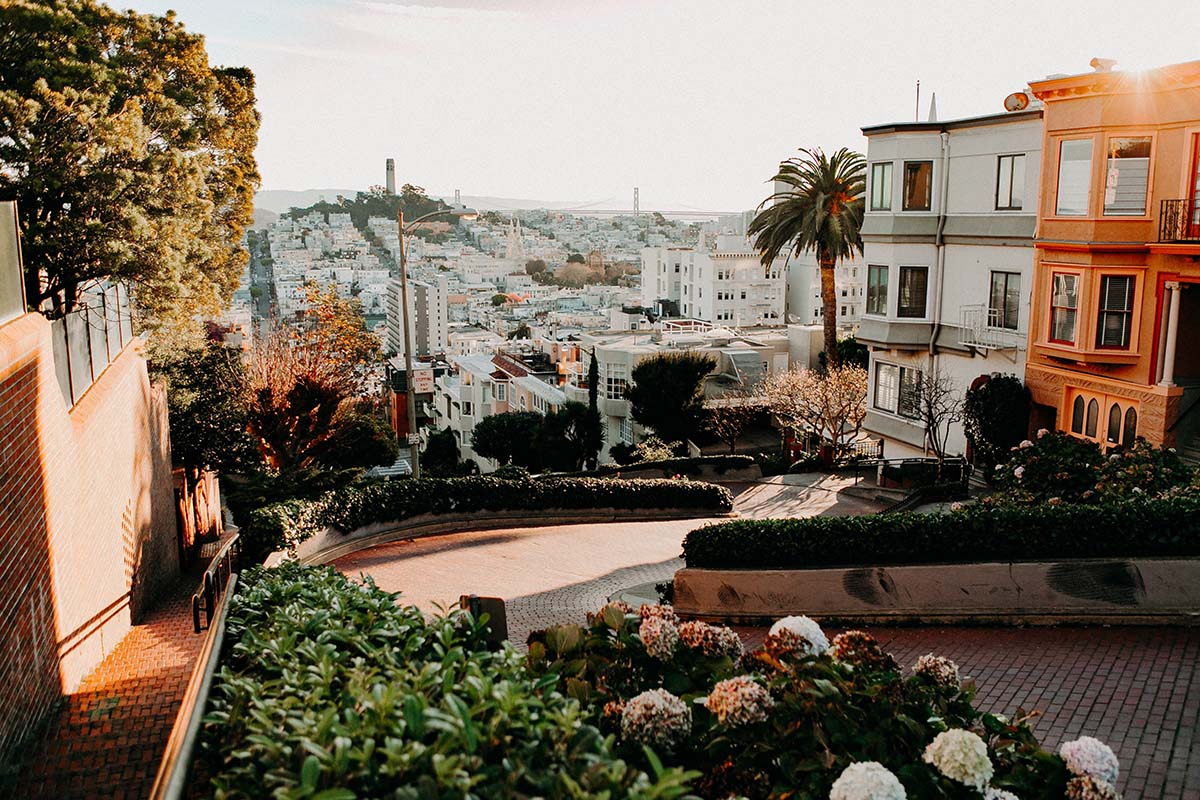 Looking out over San Francisco from Lombard Street (photo credit)

In his own words, Bryan “has lived in many cities, but being a resident of San Francisco was one of his best experiences. He has traveled to over 50 countries and has a love for food and photography. With his wife, he is the co-founder of BudgetYourTrip.com, a travel resource focusing on costs and prices around the world. You can also follow Budget Your Trip on Instagram or Facebook.”

Hi Bryan, thanks for joining me to talk about one of my favorite cities! What do you love about San Francisco?

My wife and I lived in San Francisco for two years, and it will always hold a special place in my memories and in my heart. The combination of the people, the geography, and the diverse cultures all make this city amazing. From Chinatown to SOMA, from the bay to the beaches, so much of San Francisco is so accessible on foot or with a short ride on the bus, and this makes the city so easy to explore.

My favorite place by far is Chinatown, but not the “touristy” section of Chinatown. Instead, head one block up the hill to Stockton street and get past the tunnel. Here, the local people speak Mandarin to each other and visit the local market stores to do their everyday shopping. Small homes and restaurants can be found in some of the smaller alleyways, as well as shops selling dumplings, live chickens, or fresh fish. This is one of the closest someone can get to experience the real Chinese culture outside of China itself. 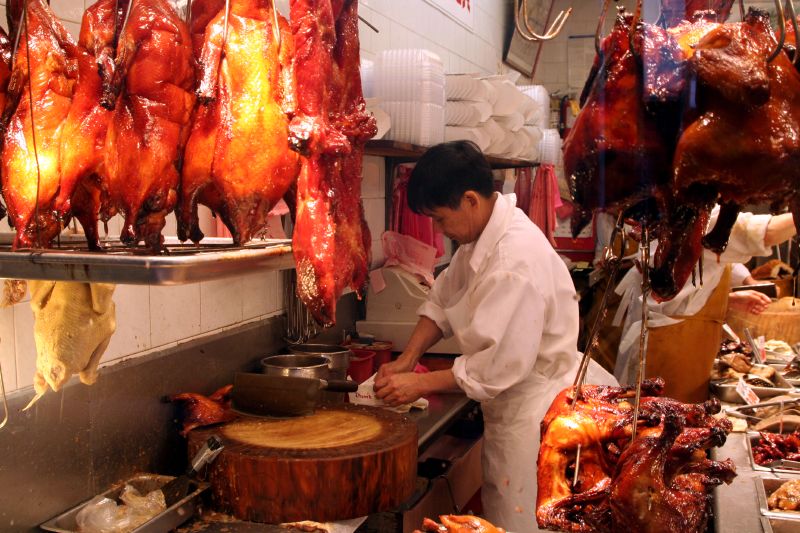 I love that! California’s diversity is one of my favorite things about living here. If a traveler only had 24 hours in SF, what are some places you’d tell them they absolutely can’t miss?

Other than the previously mentioned Chinatown, San Francisco has plenty of other must-see places. One of my favorites is the Cable Car Museum, which is free and only takes a few minutes to explore (at the corner of Mason and Washington). Coit Tower is another place to check out. Here, visitors can take in the views over the city and the bay. The city has a few iconic places that everyone wants to visit. Fisherman’s Wharf is popular, but actually not worth the time. However, a trip to Alcatraz is very interesting and definitely worth the money.

If you’re looking to get into nature for a bit, visit Land’s End Lookout near the Legion of Honor, or head across the Golden Gate Bridge to the Marin Headlands for some amazing views of the city. Take your camera! And if you’re looking for great views, don’t forget about Alamo Square which is home to the Painted Ladies, a row of colorful houses. The city skyline can be seen in the background, too. Finally, my advice to any traveler is simply to walk the city. Head west from the downtown area along some of the smaller streets and you’re sure to find some architectural and culinary gems along the way.

I always love the advice of simply walking the city! What should travelers know about the local culture?

San Francisco is diverse, not just in its culture, but also in its neighborhoods. As the city is so compact, walking only a few blocks can change the entire mood, culture, and persona of what you see around you. Also, due to the crowds, it can be hit or miss as to whether the locals will be willing to help or not. (But keep asking, because many will!) Also, the weather is what tends to shock many people. Summers in San Francisco are very cold. Bring pants, layers, and jackets. If you want warmth, head inland to Oakland, but San Francisco has some truly bizarre weather patterns. 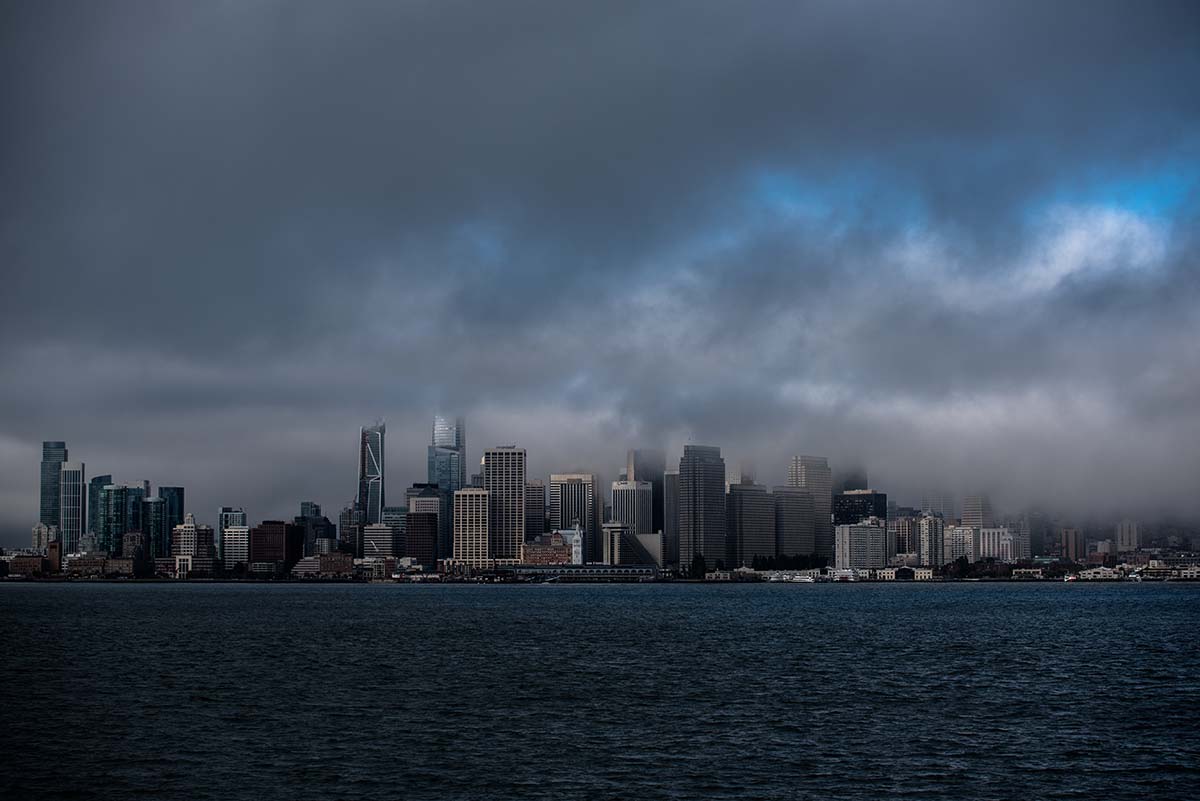 Any cool historical tidbits or important history that visitors should be aware of?

The Cable Cars are quite interesting, as they have been continuously running for over one hundred years. They are actually the country’s only moving national park! They are not cheap to ride, but very fun. As mentioned before, don’t miss the Cable Car Museum.

What’s your favorite off-the-beaten-path thing to do that wouldn’t be found in a typical guidebook?

Many visitors miss the trip up to Twin Peaks. You can either hike, bike, take the bus, or drive to the top of the hill near Sutro Tower. From here is a commanding view of the city all the way up Market Street. For a closer and shorter walk, head to the intersection of Jones and Vallejo, then head east up the hill until you find the park. Great views of the city can be found at this park as well as down the steps on the next block east. You might also run into the famous wild parrots of telegraph hill!

Ooh, parrots! What’s a cool neighborhood you’d recommend to visitors looking for something a little different?

The Haight, or Haight-Ashbury, is a world-famous neighborhood that is all about funky, strange, and interesting things. It’s not to be missed, and easy to reach by bus or MUNI. History and modern life makes for a good mix of culture and people here. Several cafes and restaurants can be found alongside music shops and bookstores, as well as a variety of eclectic offering. Nearby is the Castro, another neighborhood full of diverse culture and interesting finds.

Tell me about your favorite restaurant (or a few of them!) in San Francisco.

If you head to Polk Street, at the intersection of California, you’ll find Crustacean. This seafood restaurant serves award-winning crab with a secret recipe and has been around forever. Don’t miss nearby Darbar either. It’s a hole-in-the-wall, but has the most delicious and authentic Indian cuisine you’ll find the area. At Post and Jones, check out Borobudur, an Indonesian restaurant that will make you want to come back for every meal. 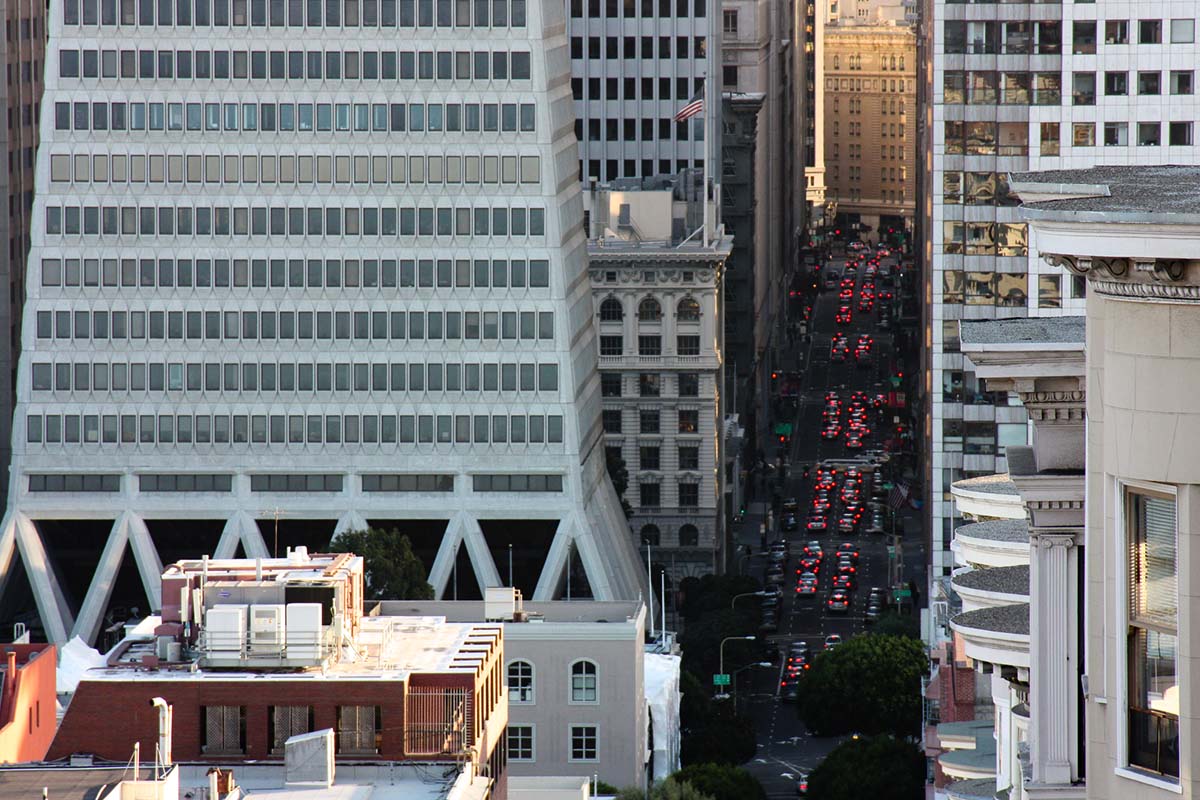 Sounds delicious! Is there any food, dish, or cuisine that you MUST try when you’re in SF? Where’s the best place to try it?

San Francisco has plenty of special cuisines, from Chinese to Italian to crab to sourdough bread. Get your Chinese food in Chinatown, but look for restaurants that are away from Grant Street due to the high number of tourists that bring down the quality. For Italian fare, make sure you avoid Little Italy. Again, the number of tourists means that the restaurants don’t have to try very hard. Head to the middle of the city for more authentic cuisine. For crab, check out Tarantino’s by Fisherman’s Wharf. The world-famous sourdough bread factory is across the way, you can’t miss it.

Where would you recommend tourists stay when visiting?

Hotels in San Francisco can be quite expensive. If you can swing it, the Union Square area is the most central location. Otherwise, the area near the Marina along highway 101 has more affordable options, but not by much. Often the best places are the smaller, tucked away hotels and hostels that are found throughout the city. The Clift hotel is one of the more affordable options. Plenty of hostels in San Francisco are also available at an affordable price.

I’ve had great experiences with boutique hotels in the city! What are the most photo-worthy spots in San Francisco?

San Francisco is a photographer’s dream! There are so many amazing spots to see, from Coit Tower to the various views of the Golden Gate Bridge along the waterfront (start at the Marina neighborhood, then walk west). For the best views, head to the Marin Headlands or to Alamo Square. Otherwise, plenty of good spots can be found at the Embarcadero at the start of Market Street. People watching and street photography is also quite popular. Head to Chinatown, SOMA, the Castro, or Powell and Market for the most interesting crowds. 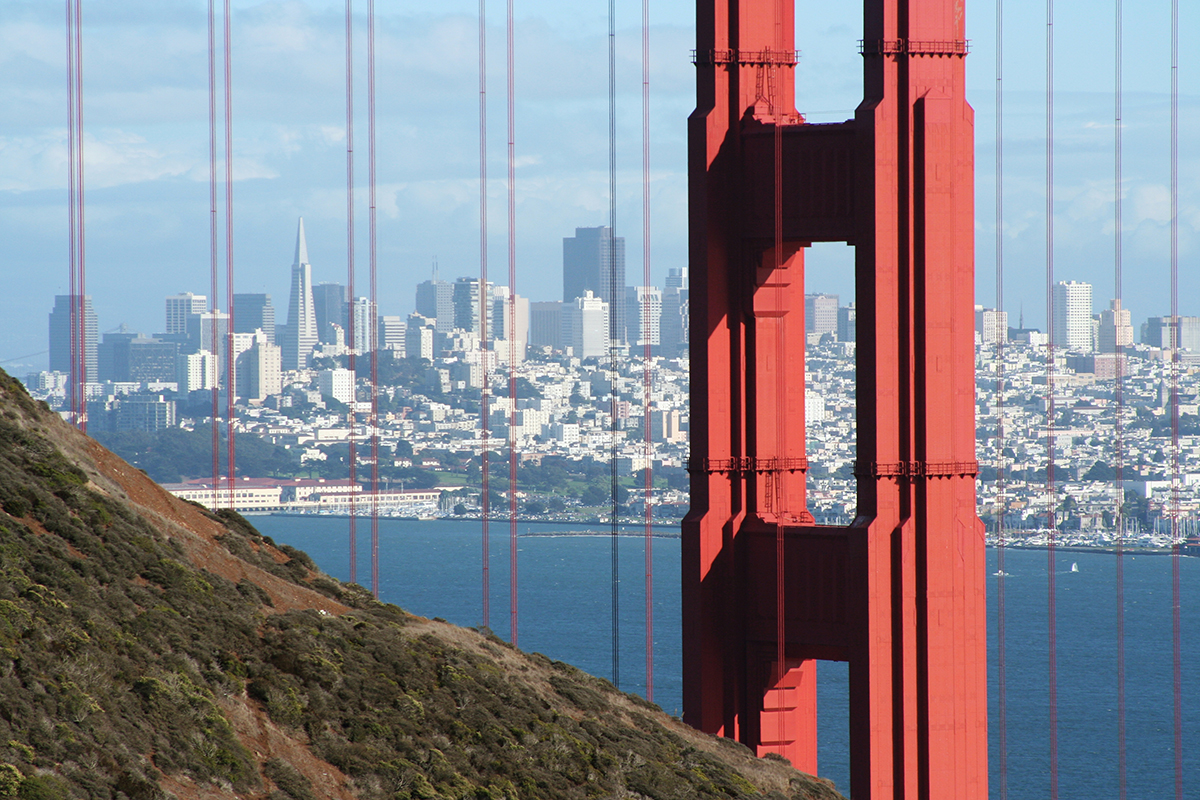 What are your top must-see museums or monuments?

The Palace of Fine Arts, near the Marina neighborhood, is a nice spot to relax. This architectural gem forms a nice park around a pond. Inside is a great science-oriented kids museum if you’re up for it. If you’re interested in art, the San Francisco Museum of Modern Art has a terrific collection. It’s located at 3rd and Howard in SOMA.

What tips do you have for travelers looking to avoid the crowds?

First of all, don’t come in the summer. Winter is a great time to visit because of lower prices in San Francisco and fewer crowds, and the weather is mostly the same (it’s actually warmest in the autumn). Also, don’t be afraid to get out of the city for some of your visit. There are plenty of things to see an do in the region, from Sausalito to Monterey Bay.

I’ve had some of my best San Francisco experiences in winter! What should visitors know about transportation around the city?

San Francisco’s public transportation system centers around buses, not the subway. While there is a subway, it is not as thorough as other major cities. Furthermore, the BART system is more of a commuter rail to reach other nearby cities and less of a tool for getting around downtown. Don’t be afraid to hop on a bus, streetcar, or cable car. Other than the cable car, tickets are cheap and day passes are available. Or just walk! Sometimes walking is the best way, even though the hills can be intimidating. You’ll get to see the local shops, restaurants, and people when you’re on foot. 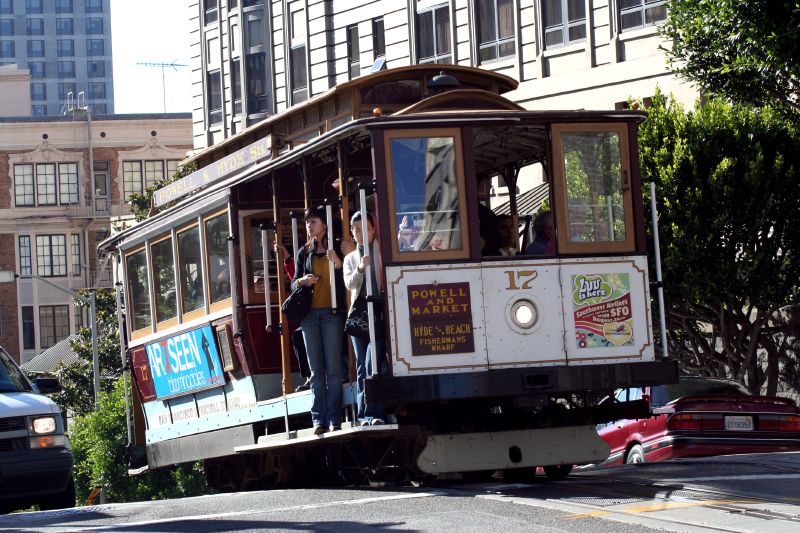 One of San Francisco’s iconic cable cars (photo by Bryan)