Where to Stay in Taipei, Taiwan: The Taipei Marriott

Having just opened in October 2015, the five-star Taipei Marriott is a new star on Taipei’s hotel scene. I had the chance to call it home for two nights during my visit to Taiwan in April, and the hotel is already off to a shining start. Walk into the Marriott’s stylishly gorgeous lobby, and you’ll be in awe straight away. But that’s only just the beginning. 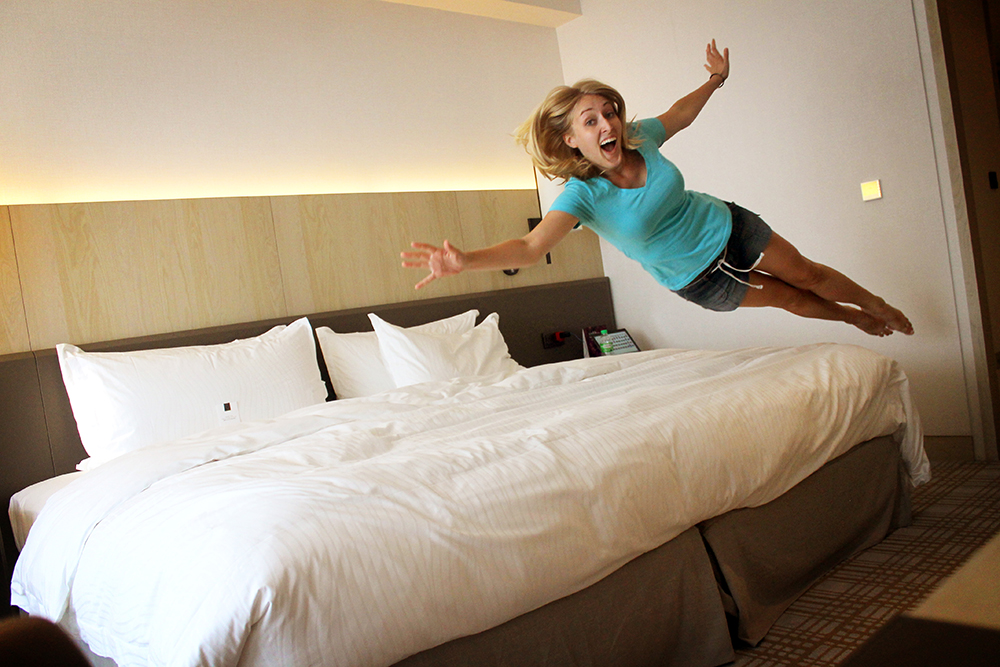 Feeling right at home at the Taipei Marriott

The Taipei Marriott is a bit away from the center of town, giving guests a break from the city’s hustle and bustle, but its location is still ultra convenient. Taipei’s metro is fantastically easy to use, and the Taipei Marriott is just about an eight minute walk from the Jiannan Road metro station. The Songshan Airport is only two stops away, and getting to Taipei Main Station only takes about twenty minutes on the metro.

The immediate neighborhood is refreshingly quiet but still has plenty to offer. The National Palace Museum and the National Revolutionary Martyrs’ Shrine can be found nearby, and just a few minutes’ walk from the Marriott is the Miramar Entertainment Park. This center offers shops, cinemas, restaurants, and a colorful Ferris wheel and is a fantastic place to grab a bite to eat or spend a relaxing evening. 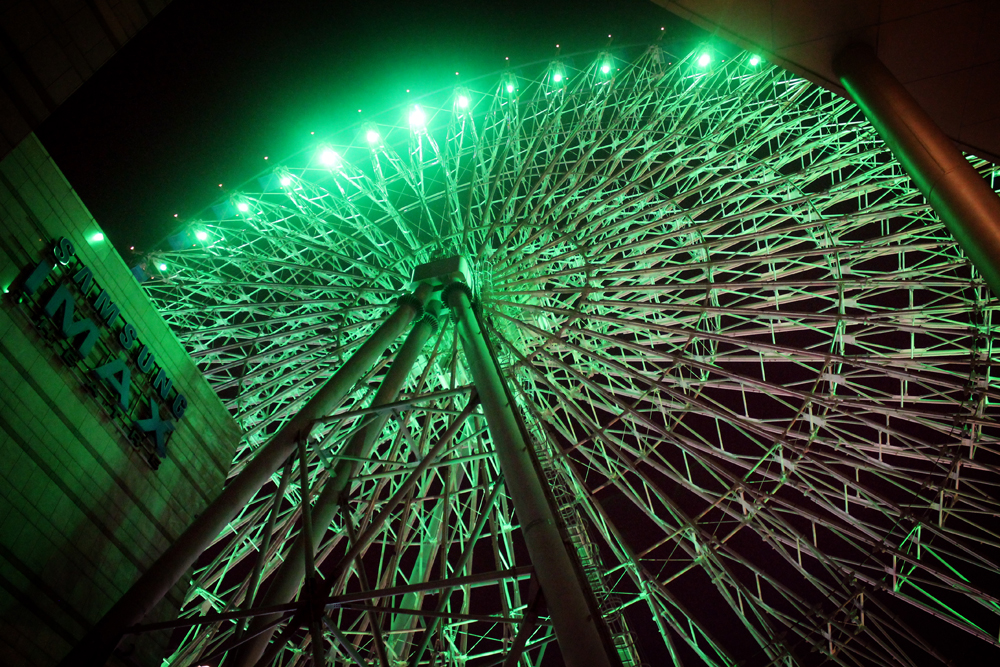 The Taipei Marriott offers 320 guest rooms, and I had the chance to stay in two of the fourteenth floor deluxe rooms, one of which looked over the nearby Ferris wheel, while the other provided views of the city’s famed Taipei 101 tower. These beautiful, modern rooms had quite possibly the world’s largest and most comfortable beds, as well as a chic marble bathroom with separate bath and shower, a mini-fridge, and useful amenities like a hair dryer, robe and slippers, and a plasma screen TV. 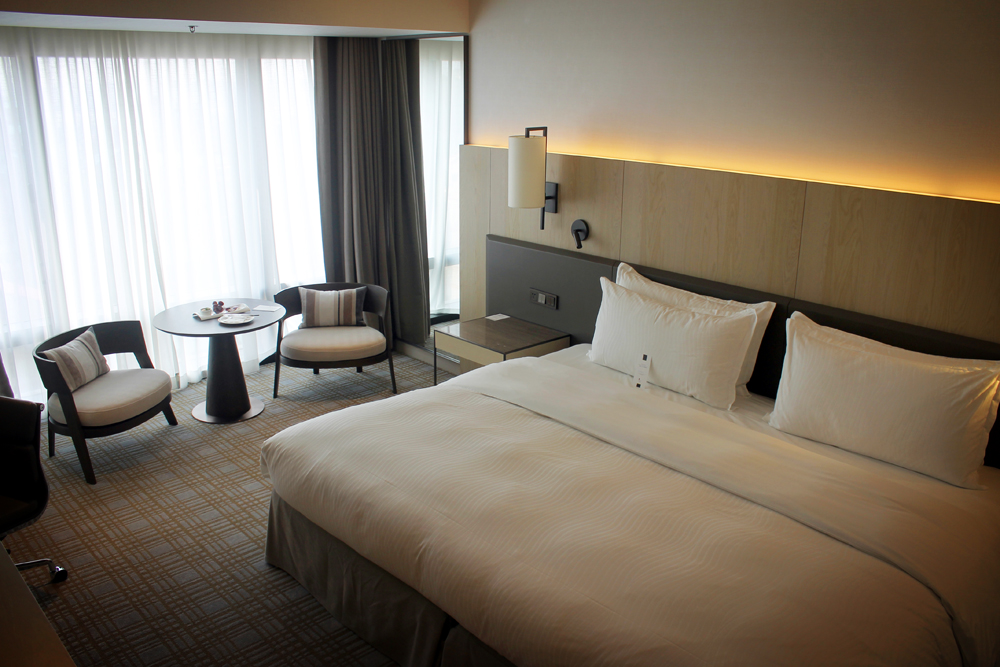 While some of the Marriott’s facilities are still being developed, it already has plenty to offer. Fun fact: the Taipei Marriott is home to both the highest lobby lounge and the biggest ballroom in Taiwan, and it has a total of twelve ballrooms, which can host 3000 people. The rooftop pool looks out over the city, and the fitness center was one even lazy old me could get excited over — it features impressively high tech exercise equipment like treadmills with screens to make it look like you’re running through the city of your choice. There are also several marvelous restaurants and an amazing spa, but those deserve to be mentioned in more detail. 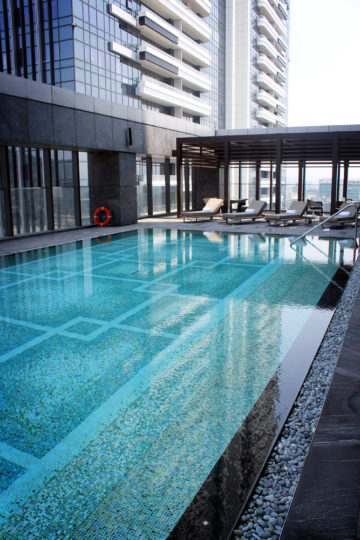 Some of the Marriott’s impressive sounding dining establishments had yet to open at the time of my stay, but I did get to enjoy two, Mark’s Teppanyaki and the Lobby Lounge.

I’m not exaggerating when I say that lunch at Mark’s Teppanyaki was one of the most impressive meals of my life. The eight course meal, all prepared in front of us by an expert chef, was as gorgeous as it was tasty. Seafood, fish, lamb, salad, rib eye, beef-wrapped vegetables, a vegetable platter, fried rice, and raspberry mascarpone completed the menu, and all of it was prepared to perfection. I even tried the seafood and finished off the lamb, two foods I’ve historically been vehemently opposed to, so that may be an indication of how exquisite it all was. I may still be full from that meal, even months later! 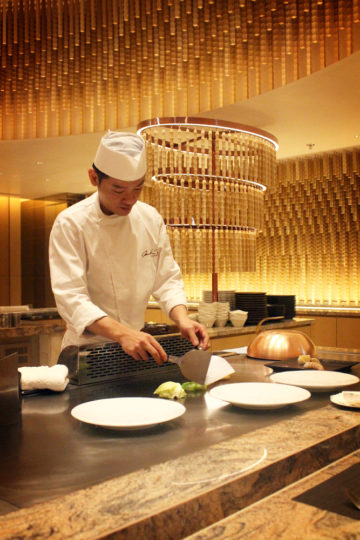 Our chef preparing the to-die-for meal

The stylish Lobby Lounge was running a promotion where you could get a burger or sandwich and unlimited beer or cider for just $25 U.S. — and Taipei is not a cheap city, so that’s a good deal! The food was delicious, the free-flowing drinks perfectly quenched my thirst, and the warm yet professional servers were fun to have conversations with as I dined there solo.

I recently wrote about my introduction to the world of massages in Bali. I continued that education in Taipei with my second-ever massage at Taipei Marriott’s stunning spa. I was greeted with a cup of tea and then led to a beautifully decorated room overlooking the Taipei 101 tower. I made my choice of aromatherapy oils, and then my masseuse began my sixty minute aromatherapy massage. Now that I was a little more used to the feel of massages, I was able to relax into this one right away. I may have been apprehensive of massages before ever trying them, but between the one in Bali and this one, I am now in love with them. My masseuse focused especially on my neck and shoulders, sore from carting a backpack around Asia, and I left with my muscles feeling entirely revitalized and aching in the best possible way. 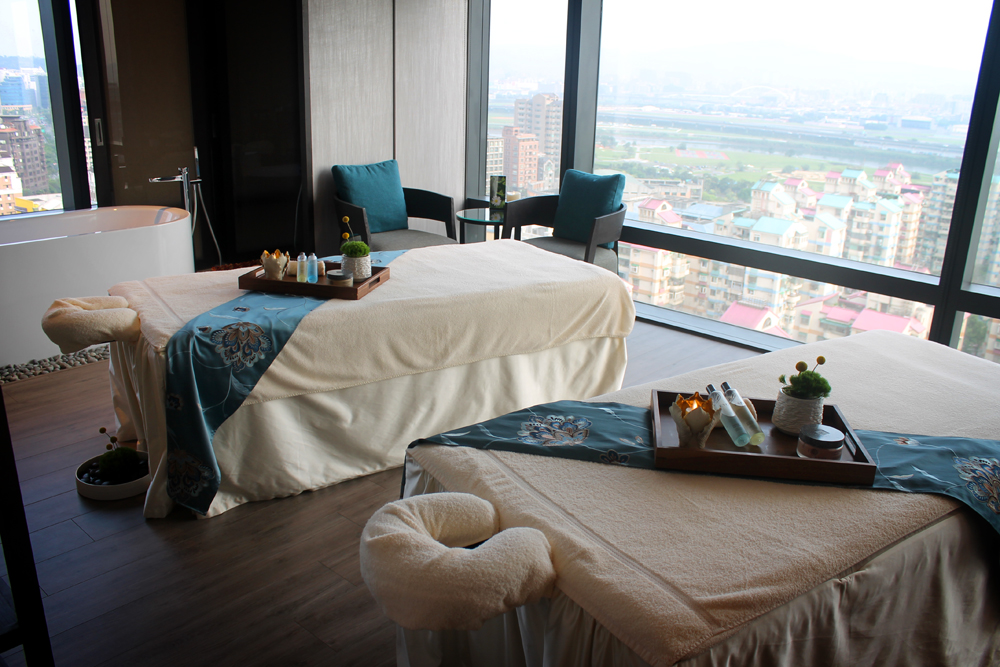 Pampering with a view

Vibrant yet tranquil, Taiwan really impressed me in the four days I spent there. For reasons I’ll detail in a future post, Taiwan — and Taipei specifically — are travel destinations that are sometimes overlooked but should be on everyone’s Asia itinerary. My stay at the Taipei Marriott was one of the highlights of my time in the capital. Every detail has been fine-tuned to give guests the feel of ultimate comfort and luxury, and it’s supremely lavish without being gaudily exravagant. Every one of those five stars is entirely deserved. Planning a trip to Taipei? Treat yourself and stay at the Taipei Marriott. You deserve it.

Disclaimer: I was a guest of the Taipei Marriott, but all opinions are entirely my own, as always.