Today’s Travel Talk star is Kim-Ling of Travel-Ling, a native of Brisbane, Australia who spent last year teaching as an auxiliar de conversación in the small village of Pozoblanco in the Córdoba, Andalucía region. She has returned to Australia since, and today she shares her experiences in Spain, her travels around the world, and what she has planned for the future.

Hi Kim-Ling! Where are you from? Where do you live now? What are you doing there?

I am a self-confessed hispanophile who absolutely loves all things Spain! I’m from Australia but was living in Pozoblanco, a small pueblo north of Córdoba, as an auxiliar de conversación (language assistant) last year. Sadly, I didn’t get to renew this year, so I am back in Canberra, Australia. I teach part-time and run a travel blog, Travel-Ling, where I am still writing about all of the adventures we had whilst living in Spain. I dream of Spain every day, though, and am already working on getting back there!

I’m always working on getting back there too! Tell us the about the village you lived in, Pozoblanco. How was your experience there?

I loved my life in Pozoblanco. It was a small town of approximately 17,000 people, about an hour’s drive north of Córdoba (one of my favourite cities!). The locals there were very friendly, and the two other auxiliares and I got along really well. My husband also lived with me over there, and we had a great routine of working/studying Monday to Thursday and then jumping on a bus/train/plane to travel every weekend. We visited something like 13 countries (and lots of Spanish towns also) while we were there!

The town itself was fairly small, but we were quite happy living there. Life was so laid back and simple. I took up flamenco dancing lessons, flamenco singing lessons and practiced my Spanish with the locals all of the time. Next time we move back, we hope to be in a larger town, though, simply because you are more connected in a larger city and there are more exciting things going on. 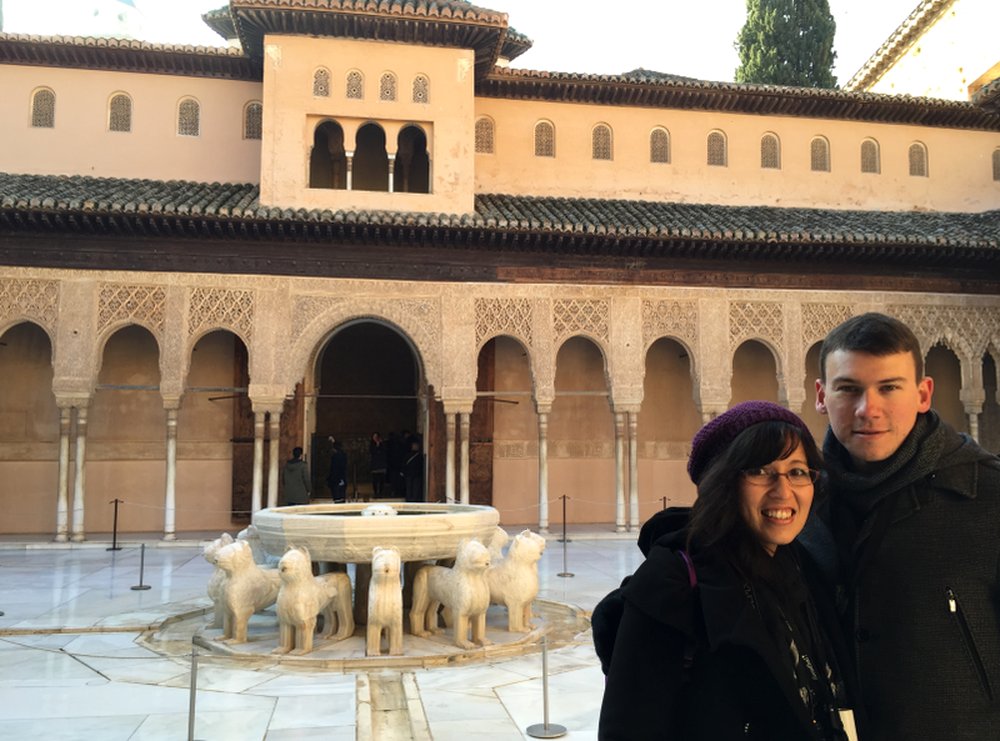 That sounds fantastic. Would you recommend the auxiliares program to others?

YES! I honestly had the best year of my life over there, and I would have renewed, but my husband had to return for work, and we weren’t overly keen about a super-long distance relationship. However, I hope to apply again in the future (or find another way to live in Spain long-term!). It is a decent program that allows us non-EU citizens to enjoy the best of Europe, with a pretty good allowance to cover costs. I would recommend saving quite a bit or taking up extra classes if you want to travel as much as we did. If you save enough and plan ahead, you can see and experience so much. Spain has so many awesome festivals and events to discover! Plus, the friendships you make can be lifelong and special. 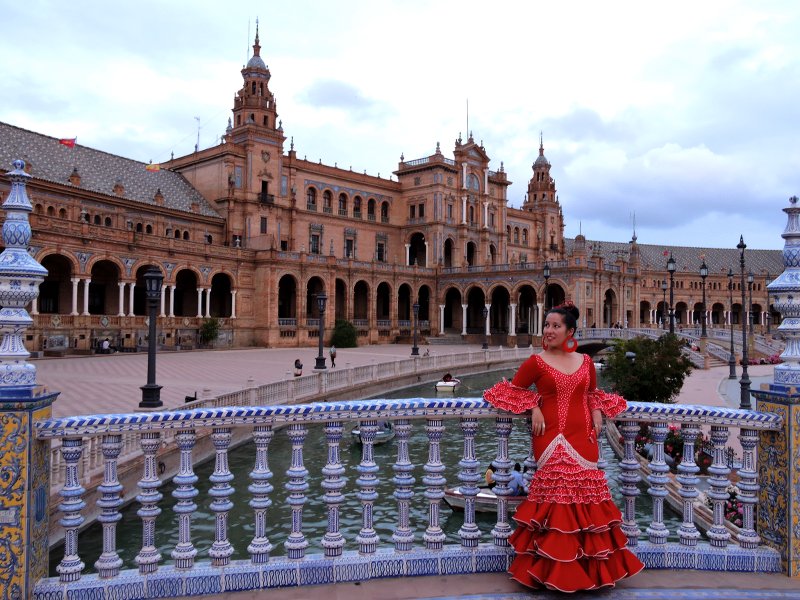 Have you traveled your native Australia much? What destinations you would recommend to travelers?

We are guilty of not seeing as much of Australia as we have of the world! In our defence, though, Australia is HUGE and not as conveniently connected as other parts of the world. We are both from Brisbane and have visited most capital cities and now live in Canberra.

One of my all-time favourite retreats is Booderee National Park in Jervis Bay. It is on the south coast of New South Wales, and you can camp there amongst beautiful bushland that leads right out onto some of the best beaches in the world. Hyams Beach is a short drive away and has been awarded to have the whitest sand in the world (by the Guiness Book of World Records). Sydney and Melbourne are also favourites and are great for travellers. We still have so much on our bucket list to explore of Australia too!

As do I! Where is the best place you’ve traveled during your time overseas?

That is such a tough question that I couldn’t answer. Barcelona has always been my favourite city and one I’ve visited four times (as I just can’t get enough of that place!). Being a massive Game of Thrones fan, we visited a few locations that appeared in the show, which lead me to absolutely fall in love with Dubrovnik and Split in Croatia. I’m also enamoured with quite a few cities in Italy, namely Lake Como, Cinque Terre and Rome. I would recommend these places to anyone! 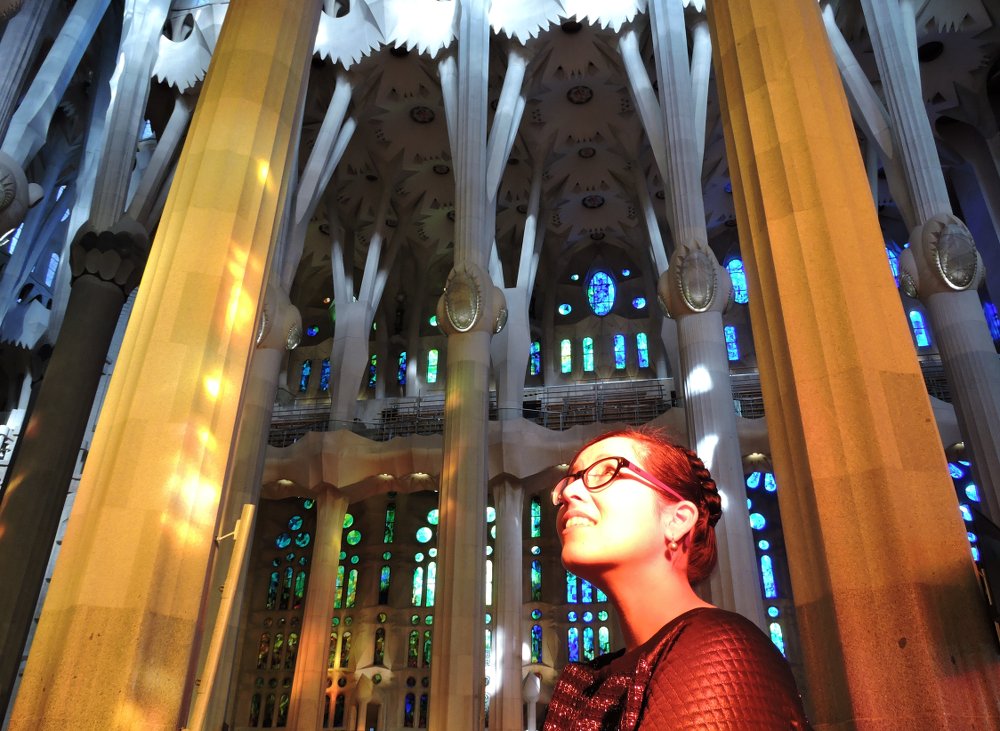 I second all of those recommendations! What travels do you have planned ahead? What’s on your bucket list?

Despite travelling so much in the past year, my bucket list seems to keep growing! Two massive bucket list items for me though are Machu Picchu and the Great Wall of China, but I would honestly go anywhere if the opportunity presented itself! We are hoping to explore Southeast Asia some more at the end of this year and beyond that, the world is our oyster! And of course, Spain is always on my radar…

Thanks for chatting with me, Kim-Ling! I hope you make it to those destinations soon, and I’d love to read about you returning to Spain! Be sure to check out her blog, Travel-Ling, and connect with her on Instagram, Facebook, Pinterest, and Twitter.