Why AREN’T You Traveling the World?

I’m often told how “lucky” I am to be leading this lifestyle of living abroad and traveling the world in my time off. People tell me they wish they could do what I’m doing, that Spain sounds amazing, that they’d love to live in Europe, et cetera, et cetera. But, hey, guess what guys. It has nothing to do with luck. I’m no one special. You can do it too, and easily. And now I sound like a pop-up ad for a baloney self-help guide. 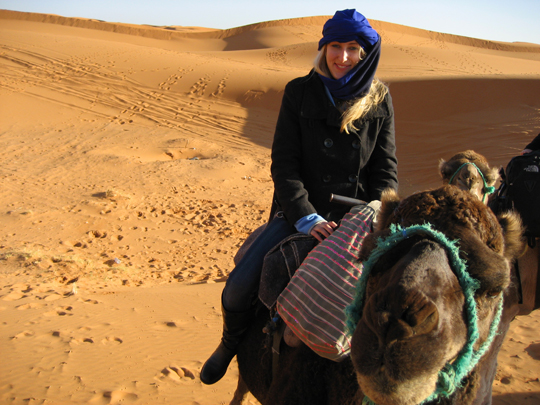 Heck, technically I didn’t even pay to go to the Sahara. It doesn’t take a millionaire.

I didn’t win the lottery, I don’t have gazillions of dollars, I don’t possess any special travel skills. I simply decided I wanted to live abroad and travel as much as I could, and I went for it. And I’m doing it. Granted, I was blessed to be born into a family that has always encouraged me to pursue my education and life goals, so in that way I am very lucky. I also wasn’t in debt after college graduation, and I don’t have to support anyone but myself, which helps tremendously, but I got by fabulously off the €6300 (about $8000) and then €10,000 ($13,000) a year I made in Spain and afforded heaps of traveling on the side. Spain has a relatively inexpensive cost of living, I was smart about my spending, and, after two years of teaching abroad, I was able to take home over $7000 in savings. In my next chapter in Australia, I plan to save up more or at least come out even. So, no, you don’t have to be rich to live abroad; all you need is a bit of financial common sense.

Nor am I spectacularly brave or daring. You don’t have to be. If there’s something you want out of life, go for it. The hardest part about living abroad is deciding to go. From there, sure, you face a plethora of challenges, but when in life don’t you? It doesn’t take monumental courage to overcome those hurdles. Don’t speak a foreign language? Learn one. Never been out of the country alone? There’s a first time for everything. Scared of meeting new people? Conquer that fear. Really, I dare you to give me one reason moving abroad is as scary as people make it out to be.

Even still, I can’t tell you how many times I’ve had someone tell me how much they wish they could teach in Spain, only to quickly lose interest or change the subject as soon as I tell them how easy it is to be accepted as a North American Language and Culture Assistant. I understand that it’s difficult to move abroad if you’re older, you have a family, you have a career you love, or you’re in debt, but if you’re young and unattached? Why not go for it? 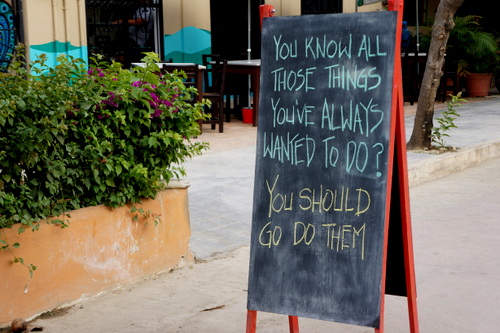 Not everyone wants to live this lifestyle, and that’s 100% okay, but for those who want to travel and are simply scared (don’t be), don’t want to leave people behind (if they’re worth it, they’ll stick around), or claim they don’t have the time or money (you do), stop worrying! So many of the people I meet have it completely within their power and have plenty of opportunities to do what they want. If you want to travel, even if there’s something standing in your way, it may take a little work, but I promise you can find a way to do it.

Go for it now, while you’re young, before you’re tied down. Stop making excuses, and live the life you want. I know, I know, you’ve heard these platitudes billions of times, but for good reason. Dying to see the world? Go see it. Fantasizing about being an expat? Be one. Now’s the time.