8 Unique Easter Traditions from Around the World

With Easter (and therefore a weekend in Melbourne!) coming up fast, I started thinking about the years I’ve spent the holiday abroad, in Spain, Italy, and Australia, and the traditions I’ve been introduced to in each. Curious about how other countries celebrate, I asked a few fellow travel bloggers about the customs they’ve experienced abroad. Who knew Easter could be so multifarious? 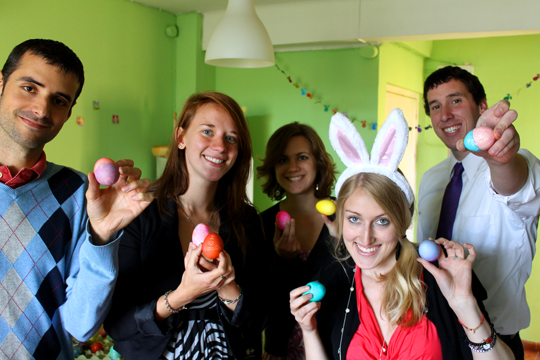 American-style Easter in Sevilla back in 2012

by Annemarie of Travel on the Brain

Before I came to the lovely country of Midsommar and red wooden horses, I was completely unaware of the differences in such a common European festival as Easter. But then again, throughout my travels, I’ve learned that nothing can be taken for granted or should be presumed. So when I heard of a Halloween-like celebration happening on the streets while I sat at work In Malmö (capital of the southernmost Swedish county), I was both surprised and sad to miss it.

You see, Swedish kids roam the streets around noon on Maundy Thursday, donning old clothes, painting their cheeks bright red and putting on a coloured head scarf, seeking treats. Unlike with Halloween (which the Swedes don’t celebrate), it is less a “threat” that is uttered than a bargain proposed: swapping a drawing for sweets, which usually are chocolate eggs. Adult Swedes will clean up their holiday houses near lakes and forests and read or watch crime stories in the evening. 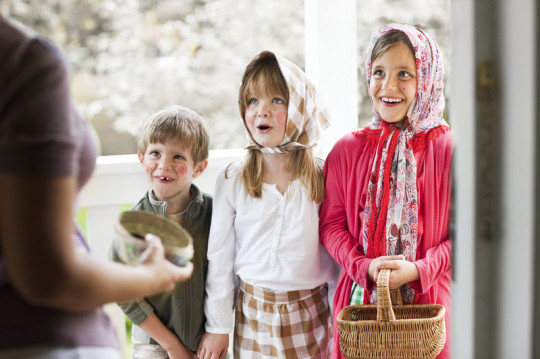 Of course, eggs are also eaten on påskkäring. And they come in all kinds, but many of them are boiled and presented with fish cream from a tube (the Swedes like tube cheese and tube caviar as well). You might still wonder where this witch tradition comes from? It is an old heathen thing, where it was believed that the witches would fly to Mount Blåkulla and mingle with the devil in all kinds of unseemly ways.

by Annemarie of Travel on the Brain

Sweden shares the same belief with Germany (where the ominous Mount Blåkulla can be found), although this event happens on Walpurgisnacht on April 30th. Instead of dressing up and getting treats, we have to hunt for them. German kids are taken out into the countryside on Easter weekend and are released for an egg hunt. The parents hide treats all over the place, and the children can collect them in baskets. Cheeky parents will secretly steal the findings and hide them again to prolong the game. (Mine did, at least.) If the weather is bad (and it is super unreliable in April!), then you can have the hunt inside your own house or flat. 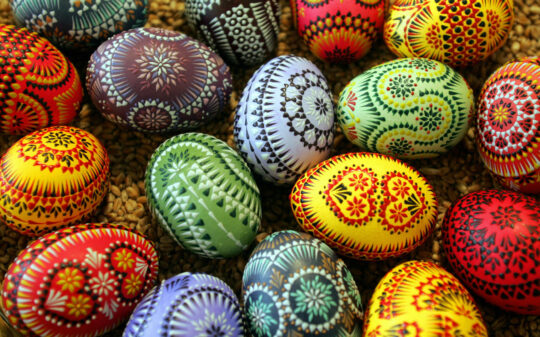 The baskets are filled with all kinds of chocolate and sweets, from bunnies to filled eggs – we Germans love chocolate (and have amazing chocolate, too!). Other things that end up on the table are a roasted rabbit or goose with yummy dumplings, gravy and red cabbage. It is basically like Christmas, only with slightly better weather.

by Barbara of The Dropout Diaries

I have a special fondness of hot cross buns [note from Kirstie: as an American, I never knew about hot cross buns, but they’re hugely popular at Easter in Australia!], and our family usually ate them for weeks before Easter. Missing hot cross buns was not something I’d considered when I left home for a “three months or so” career break in 2007.

For Easter 2008, I was in Ho Chi Minh City. An Australian friend had heard that the Sheraton’s cafe had hot cross buns, so we met there for coffee and buns. I invited along a cute Vietnamese guy I’d just met who had never tried hot cross buns before. 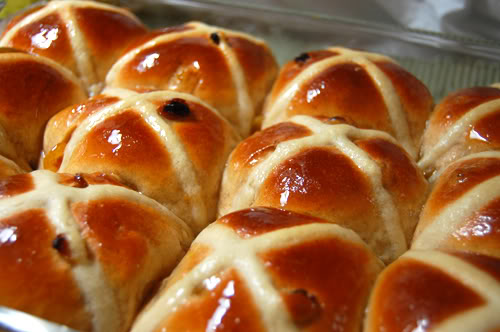 That cute guy is now my husband, and we have two children together. Every Easter, I try to find some hot cross buns to remember that somewhat awkward coffee date we had all those years ago. (And eat hot cross buns, of course.)

by Kari of Words and Other Such Things

Around midnight, the people of Comayagua, Honduras started gathering in the streets to begin to make sawdust carpets. Not sure why, but they can’t start until midnight and have to be finished by 8 or so that morning before the procession comes and ruins them. It is quite an interesting process watching them build the carpets. They have frames of the designs they want for the carpets, and they lay it down and fill in one color, then they put another frame and another color and so on. 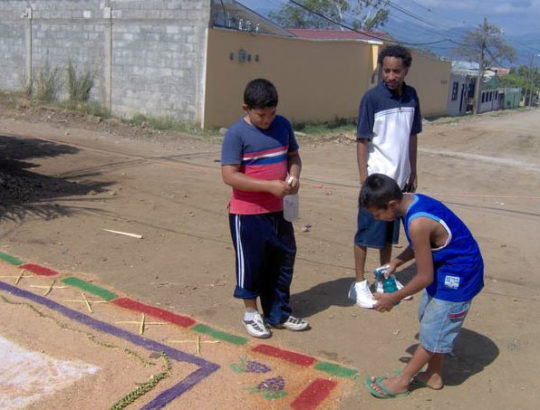 Filling in the carpets

On the day of the carpets, there are people all around spraying the sawdust with water so they won’t blow away. Some just have little spray bottles, while some are serious and have this contraption on their back with a hose! There are ladders at nearly every carpet so that you can climb up and take pictures from above. It was a great celebration, and I was happy I was there to see it. 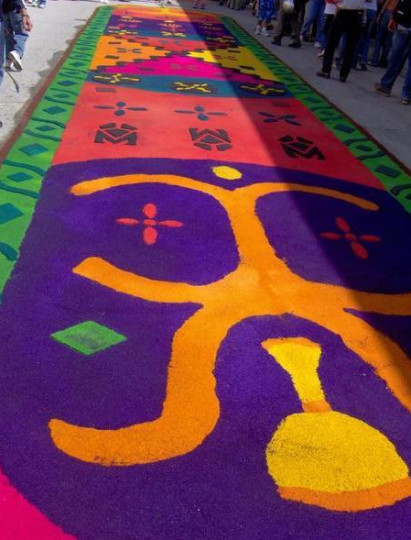 Want more? Here are a few great posts these bloggers shared with me about how they’ve experienced Easter abroad. Thanks to everyone who contributed!

How have you celebrated Easter internationally? Share your stories in the comments!