A Few of My Favorite Places to Eat in Sydney

As part of the “In My City” link up series, I’m joining six other bloggers around the world to share some of our favorite things to do, see, eat, and drink where we live. Today, we’re featuring places to eat. Sydney has no shortage of popular and highly rated eateries, as well as some fantastic, cheap eats, but, instead of going for the ones you’ll see recommended in every other guidebook, I thought I’d share a few of the restaurants that have become personal favorites of mine in my year and a half in Sydney. Give them a try next time you’re here! 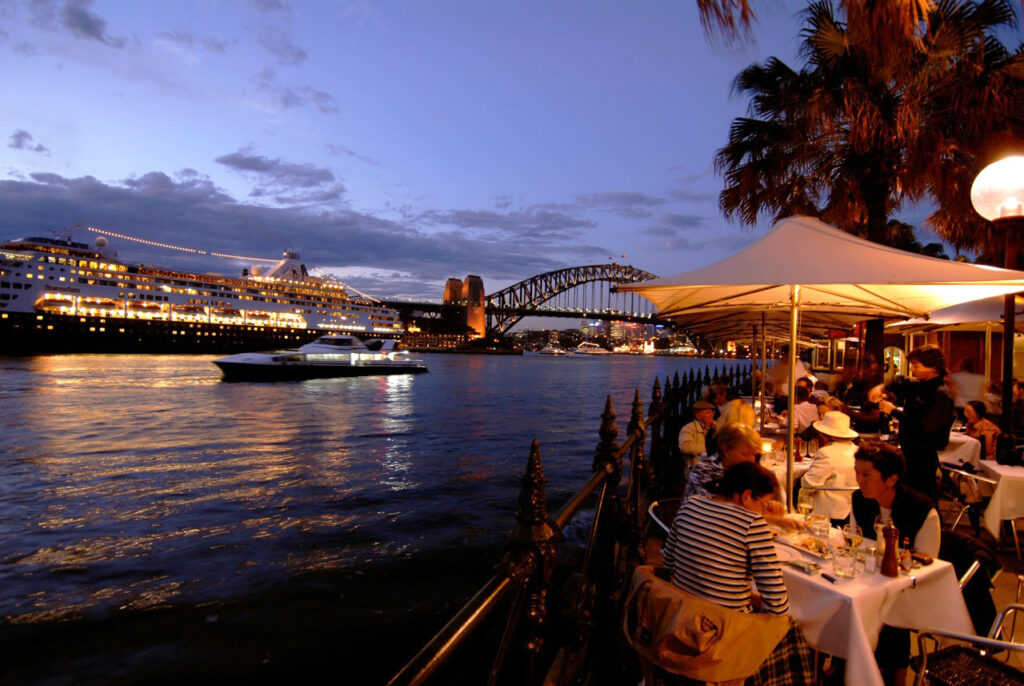 Ah, what a city. (photo credit)

I’m extremely skeptical of Spanish food in Australia (you know it’s not going to be great when your server insists on calling queso “kway-so” and toritilla “tor-til-la”), but Alegrías in Balmain, although not exactly what I was used to in Spain, has the best Spanish food I’ve found here yet. But what really makes it stand out is their free flamenco shows on Saturday nights. Nothing brings me back to Spain the way authentic flamenco can, so my experience at Alegrías was pure bliss. 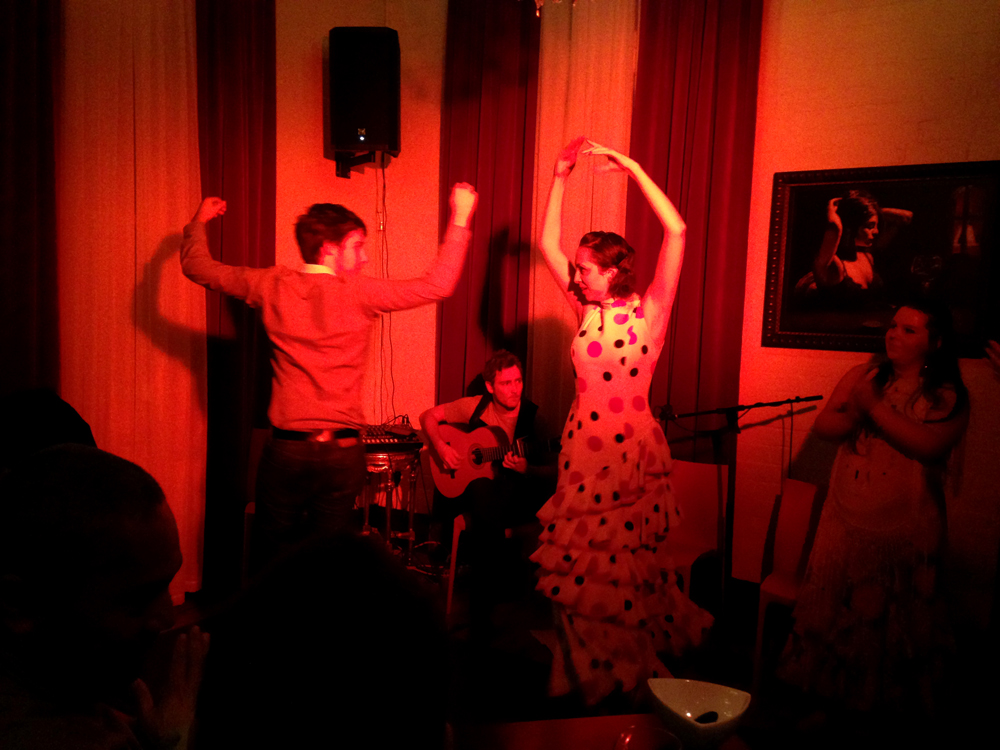 The boy got pulled up to learn flamenco. He’s a natural!

My former apartment was right in the heart of Sydney’s (somewhat small) Koreatown, plus my boyfriend is obsessed with all things Korean, so that means I’m well versed in Sydney’s Korean food. And I ain’t complaining. Although we can’t get all-you-can-eat Korean barbecue for $10 here as you can in L.A., some of my favorites include the fried chicken at Sparrow’s Mill and the bulgogi (marinated beef) at NaruOne. Also check out Madang and Kozy for barbecue.

Criniti’s is an Italian chain, with one of their restaurants overlooking Darling Harbour, whose spectacular view is rivaled only by its food. With a big group? Their wood-fired pizzas measure up to three meters (nine feet) long! Beyond pizza, the menu also includes a large variety of starters, salads, pastas, meats, and more. Although it can be on the pricey side, we’ve found that splitting one small pizza between two people fills us up, so we can dine at this upscale restaurant for around $13 per person. 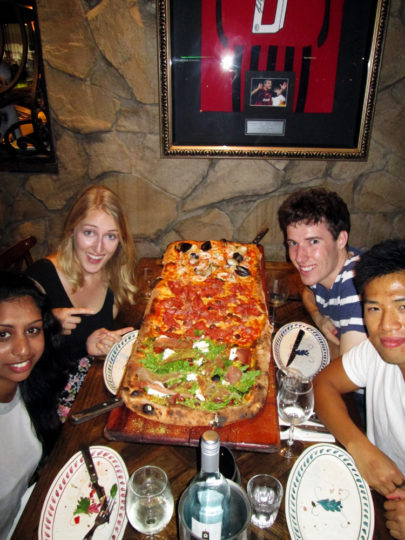 And this one was only one meter long!

We decided to give this Thai place in Newtown a try due to its crowds and raving online reviews, and it lived up to expectations. The restaurant is massive and nearly always full, so I know I’m not alone in my verdict! Particularly delicious was the pad see ew and panang curry. Another sweet bonus is the free gift shop vouchers they give diners who pay in cash. Thai Pothong also gets a shout out from me for finding and returning my wallet that I left under the table.

This unassuming, garden-themed, split-level café in the CBD, near World Square and Museum Station (and minutes from my old apartment) is often filled with students working away on their laptops while sipping coffee, and it also has an interesting selection of brunch and lunch/dinner foods. Some of my favorite items on the menu are their grilled haloumi salad and their corn fritters.

The thing I love most about Sydney’s dining scene is its immense variety of cuisines, and I’ve barely scratched the surface with these recommendations.

Have you tried any of these? What restaurant would you recommend above all in your city?

Be sure to check out the other posts in this link up! Tiffani of Not Your Average Southern Belle writes about where to dine in Dallas, Calee of Becoming O’Connell shares the best places to eat in Houston, Savannah of Always, S gives recommendations for Asheville, North Carolina, Lisa of Strum Simmer Sip has a great list of culinary bests in San Francisco, Julia of A Southern Heart knows what to eat in Wilmington, North Carolina, and stay tuned for Kathrynne of Positive in Life‘s contribution.