Travel Talk with Trevor: Teaching as an Auxiliar de Conversación in Galicia, Spain

As a former auxiliar de conversación (English teaching assistant) in Spain, I love reading the blogs of and chatting with current auxiliares. Trevor, who is finishing up teaching in Santiago de Compostela, Galicia and previously taught in Úbeda, Andalucía, blogs at A Texan in Spain, one of the auxiliar blogs I’ve been reading for quite a while. I spoke to him a few months back about his experiences in Spain. 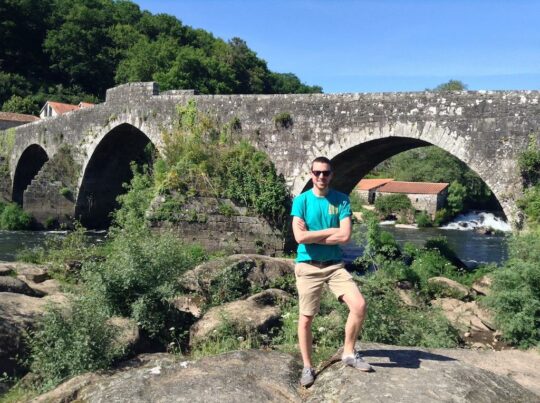 Trevor at Ponte Maceira in Galicia

Hi, Venga, Vale, Vamos readers! My name is Trevor Huxham. I grew up in Dallas, Texas, went to college in southern Arkansas, and have been living in Spain teaching English since September 2012. My first school year I worked in a village in Andalucía and lived in Úbeda, a World Heritage Site for its Renaissance architecture. For the past two years, however, my home has been Santiago de Compostela, where the Camino de Santiago pilgrimage ends in the northwest of the country.

How do Úbeda and Santiago de Compostela compare? Do you prefer one over the other?

Andalucía and Galicia (the northwestern region) might as well be separate countries; they are just that different. Up here they speak the Galician language (closely related to Portuguese), but even native Spanish speakers can’t understand the Andalusian accent sometimes. The lush, Atlantic climate here supports small family farms and the seafood canning industry, whereas the dry rolling hills down south are devoted almost exclusively to olive tree cultivation. Although I hate having to choose between the two, the introvert within me would prefer Galicia to Andalucía as the culture here is much more laid-back and mellow—although Galicians do know how to throw a good party…as long as it centers around a local dish or catch! 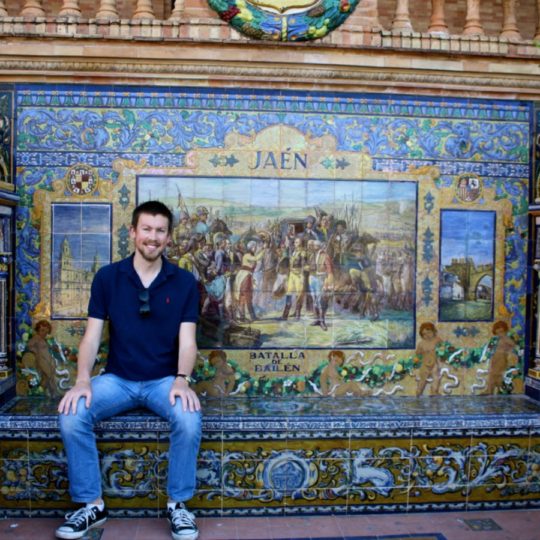 I really love how much diversity can be found within Spain. What three tips would you give to travelers visiting Galicia for the first time?

First, bring an umbrella, rain jacket, rain boots—whatever you need to stay dry in the rain. The region can hardly compare with Málaga’s 330 days of sunshine, but we do get plenty of dry spells! Still, it’s best to come prepare in the odd chance you’ll be welcome with showers. This is Galicia, after all, “where the rain is an art.”

Second, start studying up on seafood eaten here; half the stuff they cook I didn’t even know had names in English! I recommend working up an appetite for octopus, goose-neck barnacles, mussels, and scallops.

Third, brush up on your Spanish…and maybe study a little Galician if you have the chance! Like the rest of the country, English-speakers are few and far between, and a morning bos días or ata loguiño farewell can go a long way.

Seafood is not for me, but I have heard great things about Galicia’s! Would you recommend the auxiliares de conversación program to others? What advice do you have for future auxiliares?

I’m certainly biased by the positive experiences these past three years have blessed me with, but I also came in not expecting to get my dream placement or have my hand held the whole time. The auxiliares program gave me a comfortable way to perfect my Spanish, travel around Spain and Europe, and get my feet wet in the world of English teaching. The only problem is that experiences can vary widely, from late-paying regions like Murcia to nightmare co-teachers. But if you come into this program with an open mind (and learn as much Spanish as you can before arriving), I think you can really benefit a lot from living abroad as a language assistant. 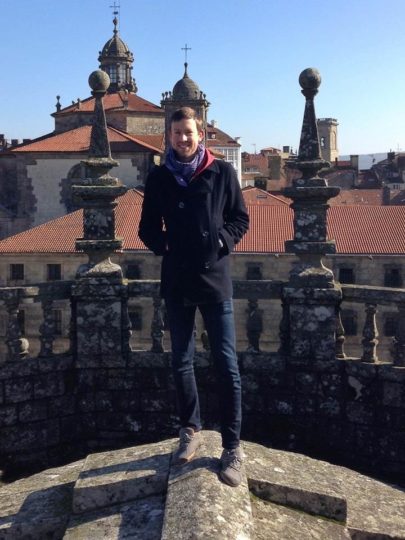 Your auxiliar experience differs from many in that you’ve worked in smaller towns, and it seems like you’ve really gotten to know the local culture. Would you encourage other auxiliares to seek placements in small towns, or are there advantages to working in major cities?

I don’t know if I would encourage folks to preference rural schools over urban ones, but I do know there are a lot of people out there who apply and absolutely have to be in Madrid or wherever they studied abroad, and I feel like that sort of attitude shuts you out from being open to experiencing what Spain is all about, not just fulfilling your expectations or reliving the “glory days” from college.

Being assigned to elementary schools in the middle of nowhere introduced me to what has become one of my favorite corners of the country (Jaén province down south) and helped me to pick up the Galician language by osmosis up north. I really came to love Úbeda (pop. 35,000) when I lived there 2 years ago but I often felt lonely, and travel was difficult when the bus station was my only ticket out of town. Santiago, on the other hand, has a train station, bus station, airport, major university, and a larger expat community, so I feel I’ve found my sweet spot here.

That’s great advice about being open-minded about your placement. You’re one of the rare males in a female-dominated travel blogosphere. Why do you think this is? Do you think your perspective differs?

I wouldn’t necessarily say the travel blogosphere as a whole is dominated by female voices, but the little expat-in-Spain-blogger world we live in here definitely skews toward women. Why there are so few male bloggers in Spain is hard to say, but perhaps it’s because so few men choose to come here as language assistants in the first place. Eighty percent of respondents to Kate Peregrina’s auxiliares survey last year identified as female, so I’m not surprised that I’m one of a handful of guys blogging away out there. I don’t think the perspective of yet another middle-class white guy from America brings anything very interesting to the table, though, so I try to distinguish my blog by featuring under-appreciated corners of Spain and adding an architectural/historical angle to my posts instead. 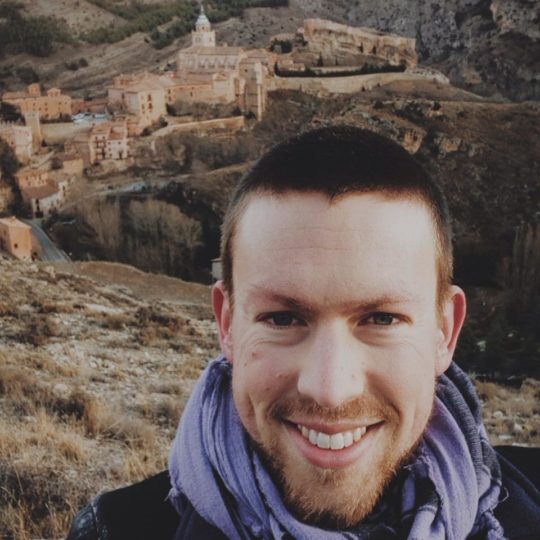 And I’m glad you do! What travels do you have planned? What’s on your bucket list? (Trevor and I spoke a little while back, so some of these have now been ticked off the list.)

I’m moving back to the States “for good” at the end of June, and between now and then I would like to walk the Camino de Fisterra pilgrimage (for a second time), revisit old haunts down in Andalucía, explore the region of Catalunya outside Barcelona, and soak up the fishing villages and beaches along Galicia’s western coast.

Thanks, Trevor! Enjoy the rest of your time in Spain, and good luck with your move back to the States! Be sure to check out his blog, A Texan in Spain, or follow him on Instagram or Twitter.