Believe it or not, more than a year later, I still haven’t finished writing about my 2009-2010 trips, and also believe it or not, I do plan to finish posting about them! Only two more to go, and then I only have to wait a few short months before my European adventures begin again.

Some time way back in April (2010! if you can remember that long ago!), my friend Robin and I were IMing (as I communicated with most of my friends in Spain, since texting/calling was so expensive), and she told me about a festival she had stumbled upon, the Stonehenge Summer Solstice Festival, wherein druids, hippies, and, as we found out later, lots of drunk teenagers, spend the night at Stonehenge and watch the sun rise through the stones in the morning. We mused that it would be quite the epic experience and then realized, um, duh, we were in Spain. Stonehenge was just a short flight away. Why not go?

Finals lasted the entire month of June (weird), but we had a gap in our schedules right when the festival was being held, so off we flew to London! Robin’s former roommate (who lived with her in the amazing Plaza Mayor!) is a London native and generously offered to host us our first night there. We took a bus from Stansted to London, where Imogen met us and took us to Brick Lane. Brick Lane is the place to be for curry restaurants, so, naturally, we had a delicious curry dinner, and then we went to Imogen’s house, watched British comedies, and talked about American stereotypes. 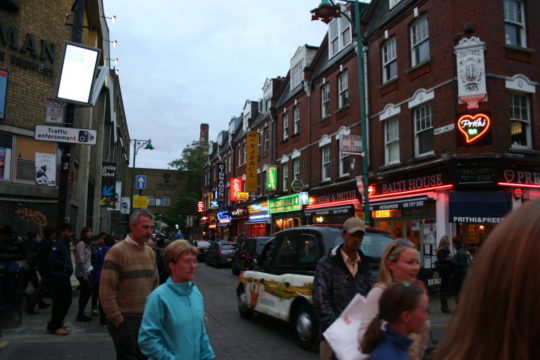 The following morning, we began our Stonehenge adventure! We took a bus from London to Salisbury, which is a super adorable town, exactly the picturesque English countryside town you’d hope for. It’s pretty small, so there wasn’t a ton to do there, but we enjoyed ourselves wandering, looking in shops, and sunbathing (albeit in sweatshirts and scarves) on public lawns. We ate Pizza Hut for lunch (oh, how I missed American food/restaurant set-ups while I was in Europe), and, by dinner time, the only place open was a fried chicken restaurant in the style of American southern food, owned by a Turkish immigrant to England. Thinking we’d need food to keep us going through the night and that European servings were smaller, we ordered four chicken and “hot and tasty” fries meals, only to find that we were now the owners of enough food to feed all of Salisbury. But, hey, at least we wouldn’t go hungry while camped out at Stonehenge. 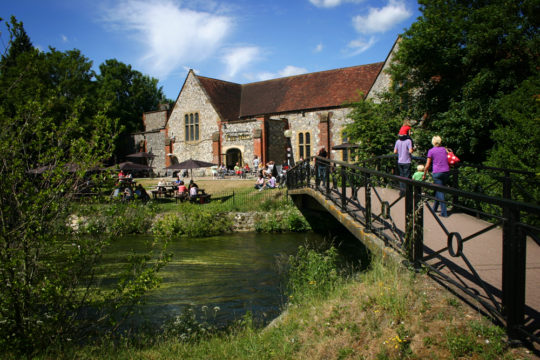 Salisbury is gorgeous, right? I have a friend who hated it. I’m shocked. 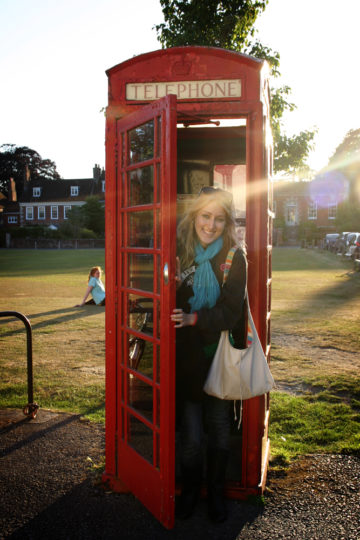 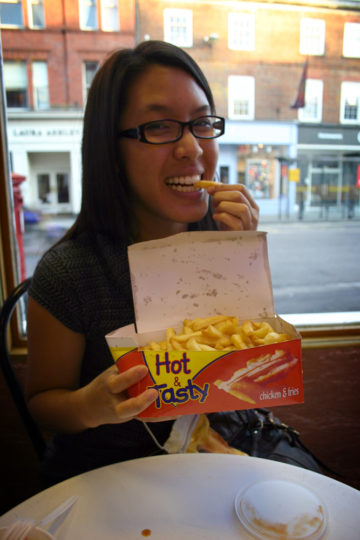 Giant fries. Not so hot or tasty. Especially when I found them coated in ants a few days later.

As the sun started to set (very late in the day), we took a bus to Stonehenge, just a few miles down the road. We found that our bus were packed with fewer Druids than we expected and more drunk, faux-rebellious teenagers, but that didn’t phase us. We were going to Stonehenge! The bus dropped us off about a mile from Stonehenge, and we walked the rest of the way through empty fields until we were there! Stonehenge! Considering it’s one of the most famous monuments in the world, it was crazy to see in person.

The solstices and equinoxes are the only time the public is allowed to touch, much let get close to, the stones. People even climb them and dance around on them. It’s a huge celebration, and it’s awesome. Those who aren’t dancing on the stones are in the surrounding fields talking, juggling, fire-twirling, playing music, eating, etc. It’s known to be some kind of mystical, spiritual celebration, but, really, it’s just a giant party. 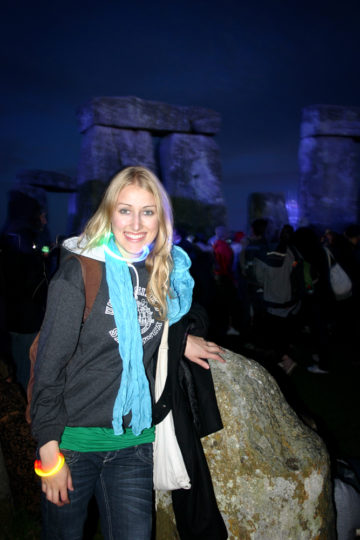 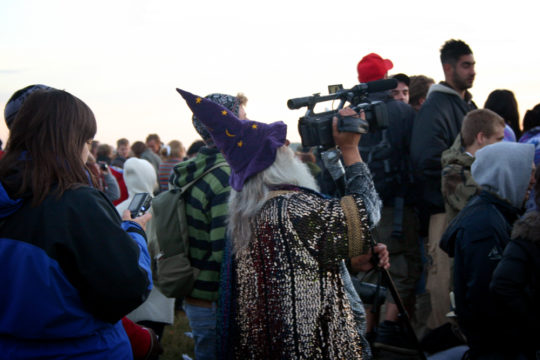 Pretty much the closest thing I saw to a Druid

As California natives, Robin and I were freezing (who’d have thought it would be so cold on summer solstice?), so we spent much of the night bundled up in our various layers, listening to our iPods, and quietly observing the insanity going on around us. They forbid tents and sleeping bags, so no one actually sleeps. It got a little tiring after hours of being there, but, eventually, the sun started to rise, and everyone gathered around the stones. No one could quite figure out which angle the sun would be rising from or which stones you’re supposed to be looking through, and everyone was a little worried the clouds would obscure the sun, but our view was beautiful. I never saw any Druids performing rituals, and I never had any spiritual awakenings, but it was still a blast and an opportunity most never get to experience. 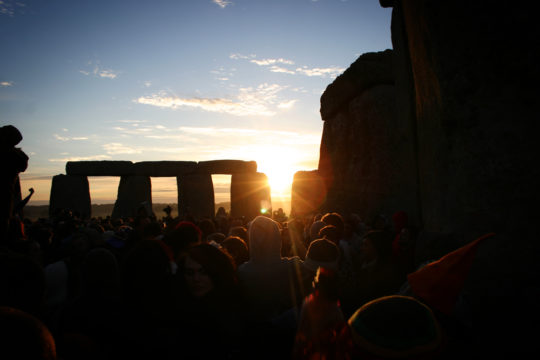 After the sun rose, everyone just kind of sleepily wandered back to the buses, and we headed back to Salisbury and then to London, attempting to catch up on a bit of sleep. We had both been to London already and only had a few hours before our flight back to Madrid, but we did a bit of sight-seeing, seeing monuments like Buckingham Palace and Big Ben. 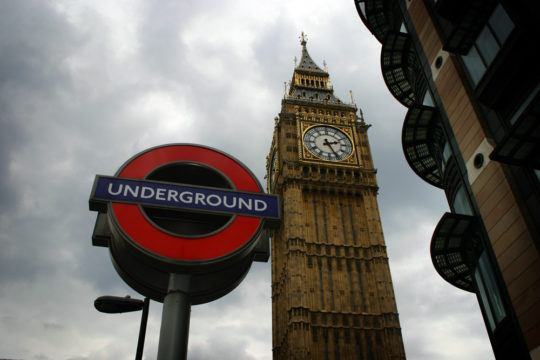 When we were in Virginia this past April for my aunt Valerie’s wedding, we visited Foamhenge, a ridiculous recreation of Stonehenge made out of styrofoam. Such a joke, but it did bring back fond memories of the real Stonehenge. If you ever get a chance to celebrate summer solstice at Stonehenge, do it! It’s an experience unlike any other.

See more of my photos from this trip here!