Pamplona, Spain: More Than Just the Running of the Bulls

When you hear of Pamplona, Spain nine times out of ten, it’s in relation to the San Fermín festival, the Running of the Bulls, popularized by Hemingway’s The Sun Also Rises and annual news reports about the embarrassingly daft foreigners that were injured that year. But Pamplona is also a beautiful city to visit year-round, bull fighting or not, located in the northern Spanish region of Navarra. 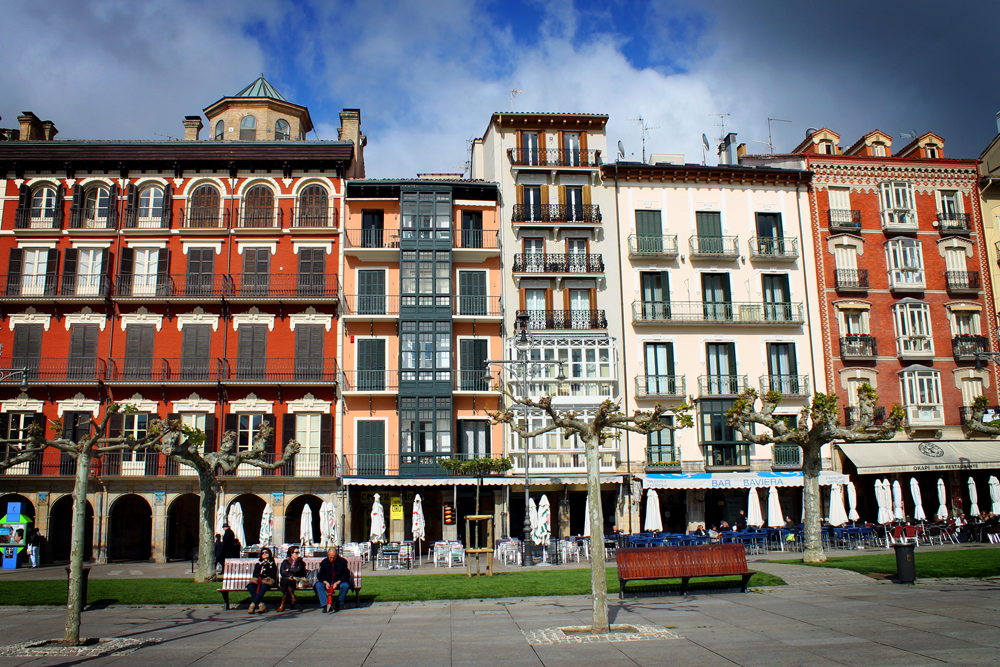 As part of a last-ditch attempt to visit the comunidades autónomas of Spain that I hadn’t yet seen during my time in the country, we headed north for a four-day weekend in Aragón (Zaragoza and Huesca), Navarra (Pamplona), and La Rioja (Logroño). Pamplona was probably the city I was most eager to see on the trip, and a bus took us through colorful landscapes from Zaragoza to Pamplona on day two of the weekend.

We arrived with little plan but to wander, kicking off the day in the beautiful Plaza del Castillo (as pictured above). Though we were there in May rather than during the San Fermín festival in July, there were hints of the Running of the Bulls (El Encierro) everywhere, from statues to souvenirs to our lunch spot for the day, Hemingway Pizzería y Doner Kebab…because I’m sure Ernie often enjoyed those traditional cuisines while drafting his novel. 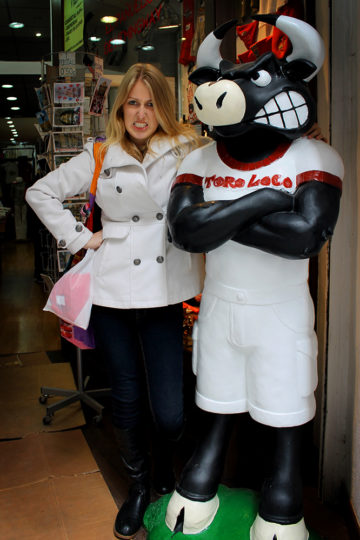 I didn’t run with the bulls, but I did hang with them

Pamplona, Spain is a city that was built as a fortress, originally intended to protect against French invasion as early as the 1500s. Five kilometers of walls were built around the city from the 16th to 18th centuries, and much of these still stand today. We toured the perimeter of the old fortress city and took in the views from the walls overlooking the surrounding countryside and modern neighborhoods. 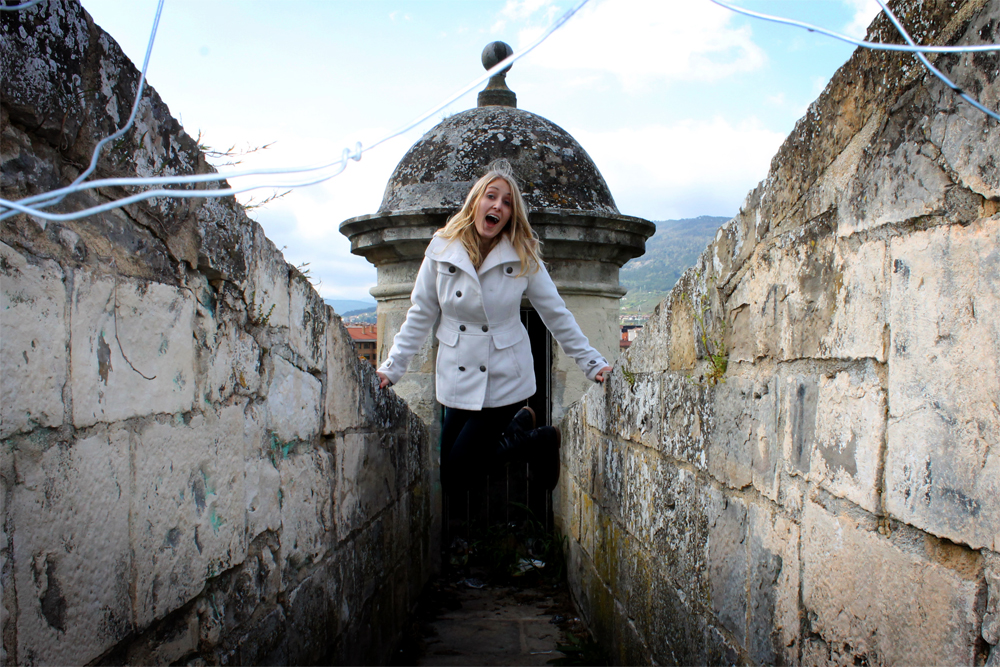 We returned to our hostel for a lovely merienda of local red wine and olives: typical Espanish. There, we also bumped into the American couple behind Plan Your Escape, who shared with us how they had retired, rented out their home, and begun travel writing so they could spend their time traveling around the world. It’s one of those conversations that really impacted me and sticks with me today. I see a lot of similar inspiration now that I’m more active in the travel blogging community, but this was really the first time I realized cultural travel can, in fact, be a lifestyle for decades and not merely something we squeeze in while we’re in our twenties.

By night, we set out to explore Pamplona’s culinary scene. Throughout Northern Spain, pintxos are the way to go: small, imaginative dishes, usually on display on the bar, that you order one by one. We sipped wine and tried a few of these mouth-watering combinations, featuring bread, meats, cheeses, vegetables, and more. These lively pintxo bars give Pamplona a vibrant and fun yet laid-back nightlife that really had me really falling for the city by night. 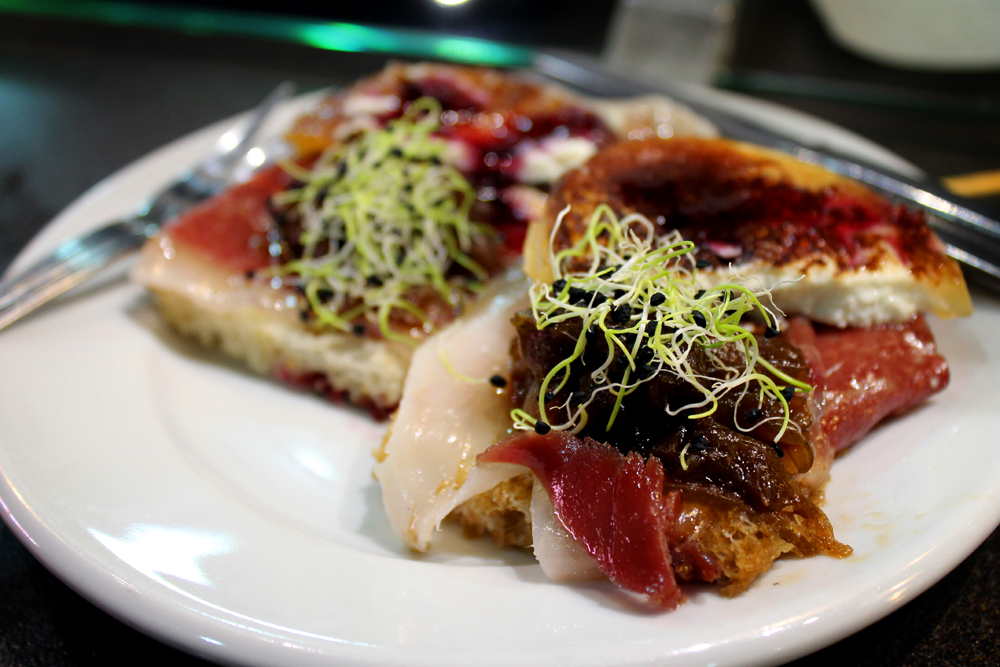 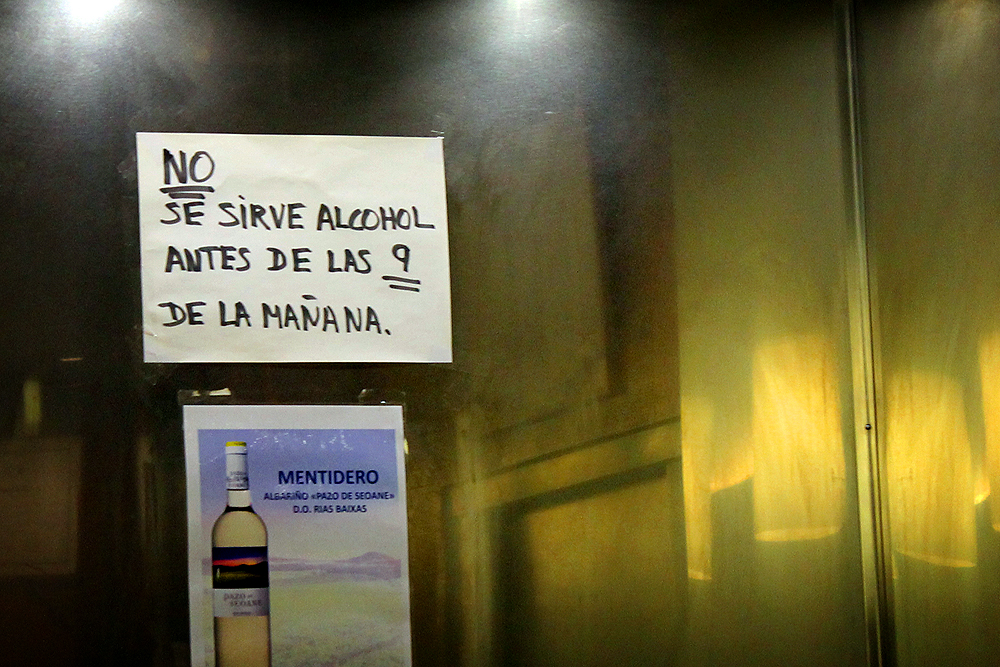 “NO alcohol is served before 9 in the morning.” Gotta love that Spanish lifestyle

Day two took us to Pamplona’s Ciudadela (citadel), another remnant of the city’s fortress history built beginning in 1571. Considered one of the finest examples of Spanish Renaissance military architecture, this pentagon-shaped fort is now an expansive public park containing lawns, gardens, ponds, art/cultural exhibitions, and grazing animals. We took full advantage of the perfect spring day and spent a few hours exploring the sunny citadel. 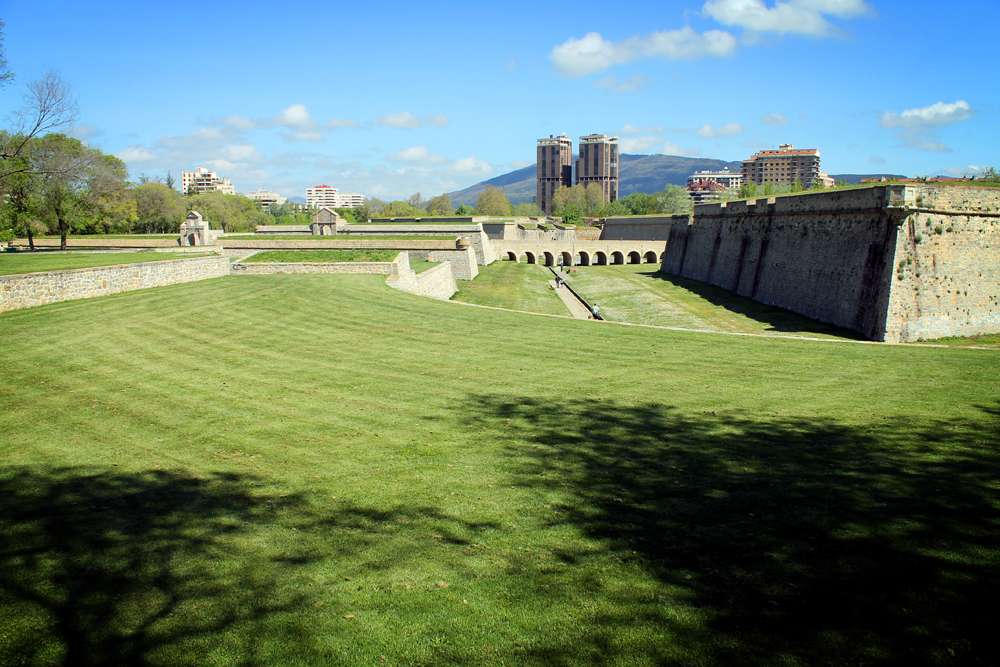 The Citadel of Pamplona

With a few hours remaining in Pamplona, we slowly meandered through town, taking in some of the city’s beautiful architecture and enjoying more of its to-die-for pintxos. But we had more to enjoy in one of the food and wine capitals of the world and our final destination for the trip, Logroño, La Rioja. 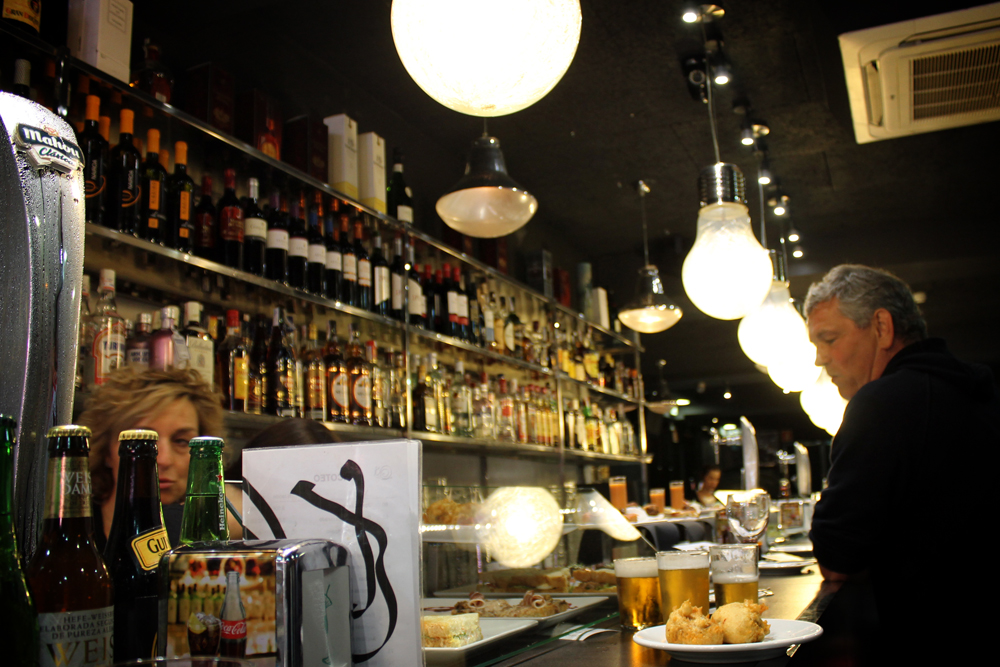 Pamplona – even outside of the Running of the Bulls – turned out to be one of the most delightful places I’ve visited in Spain, and that’s saying a lot. Will I return one day for San Fermín? Only time will tell if I can bear the crowds, but Pamplona, Spain in its quieter times is quite the Spanish destination. Is it any wonder I love the country with all my heart?