What is it about the new year that inspires epic travel plans? I recently announced my exciting plans to roll into 2016, and 2015 kicked off just as spectacularly with a four-day layover in the tropical paradise of Fiji. After staying on a private island and relaxing at a quiet resort, we returned to Viti Levu, Fiji’s mainland, for a final day at Anchorage Beach Resort and the city of Nadi. 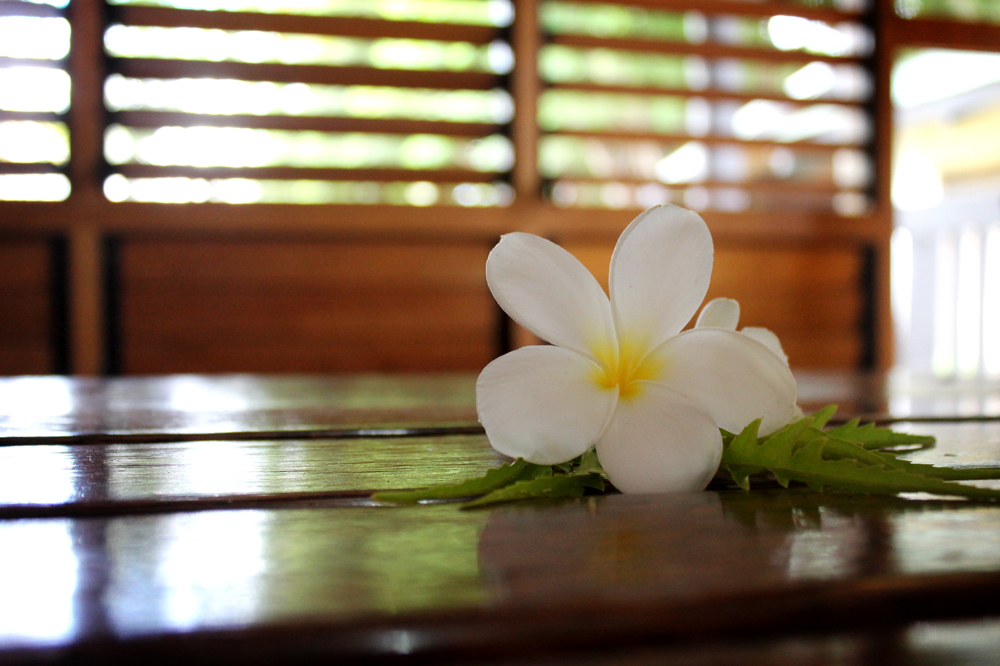 Loved all the little touches at Anchorage Beach Resort

Located about fifteen minutes from Nadi’s airport, Anchorage’s location was ideal for wrapping up our trip before boarding an early morning flight the next day. To get there from our previous accommodation on Malolo Island, we set off before dawn on a private boat transfer. Though we yawned our way through the ride, I wouldn’t trade the timing of the trip for anything. We watched the sun rise over the tiny islands dotting Fiji’s share of the Pacific, circling back around Beachcomber Island before arriving at Anchorage’s dock on the mainland. 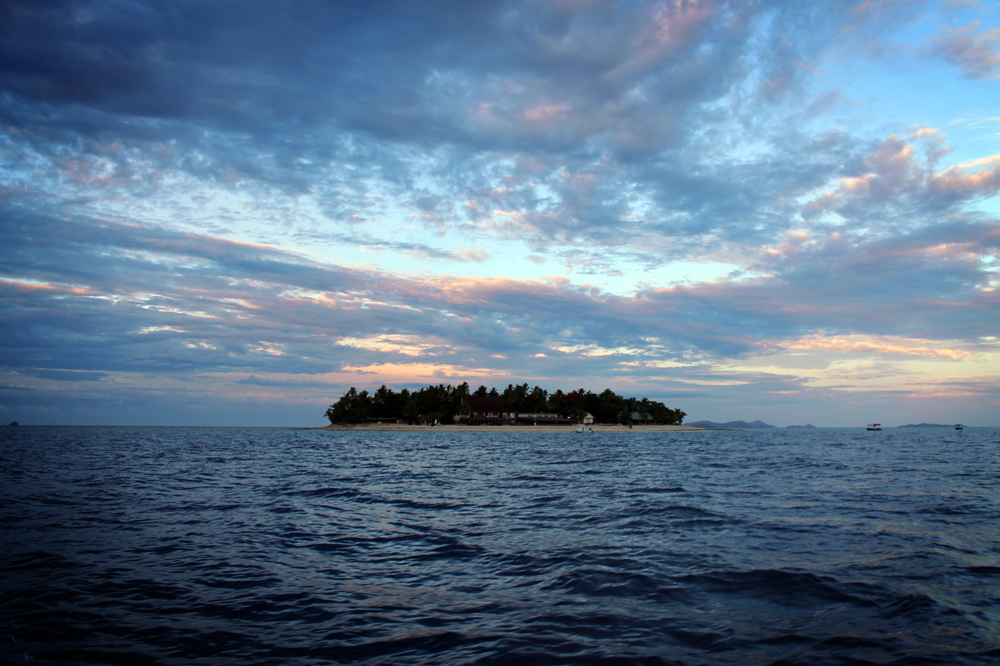 As our room wasn’t quite ready that early in the morning, the hotel kindly offered us one to use in the interim. This one was perched atop the resort’s hill and offered views of the nearby mountains, which looked particularly stunning as the morning fog settled. After, we headed down to Anchorage’s restaurant for a buffet breakfast. 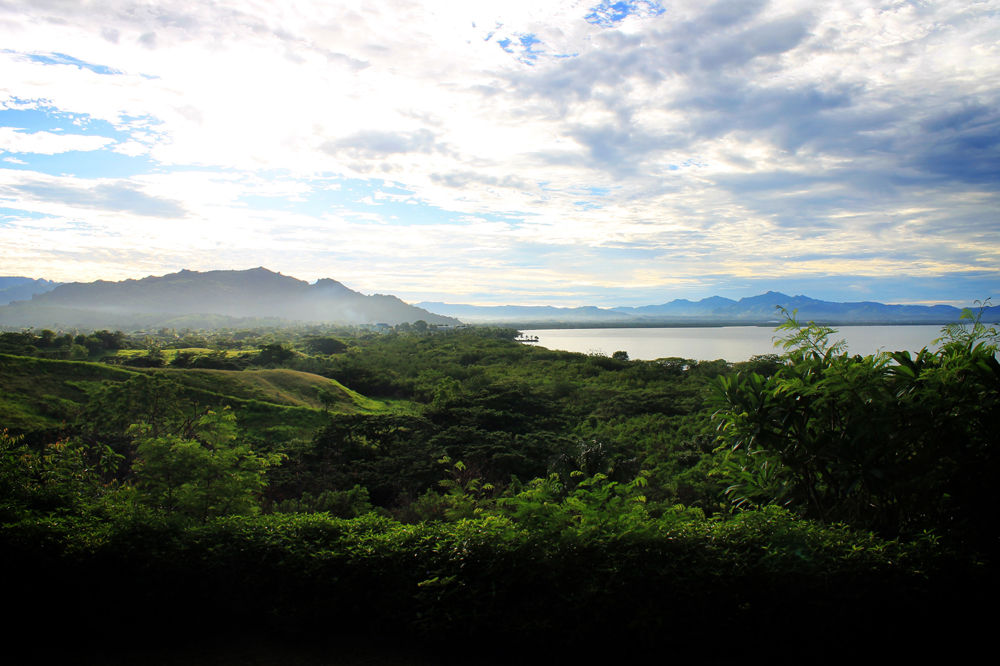 The view from the top of Anchorage

Having spent the previous days of the trip at resorts without exploring the true Fiji, I was eager to check out nearby Nadi (pronounced Nandy), the country’s third largest city. Luckily, we discovered that Anchorage offers free shuttles there. After lunch at the hotel restaurant, we headed to the city to explore, passing emerald fields and small roadside villages along the way.

The shuttle dropped us off at a souvenir shop called Jack’s, reminiscent of Hawaii’s Hilo Hattie stores. To be honest, the store definitely felt like a tourist trap, but we still enjoyed browsing for a while before heading out to “real” Nadi, which required passing quite a few other aggressive tourist shops – I can’t fault Fijians for trying to make a few dollars off the many foreigners who swarm their country, though!

Nadi’s primary landmark is the Sri Siva Subramaniya Hindu temple, the largest Hindu temple in the Southern hemisphere. Did you know that about a third of Fiji’s population is Hindu, mostly descendants of Indian indentured workers that the British brought to Fiji in the late 19th century? A temple was originally built in this location in 1926, but this colorful incarnation was consecrated in 1994. We were under-dressed and therefore chose not to enter but admired the unique architecture from outside. 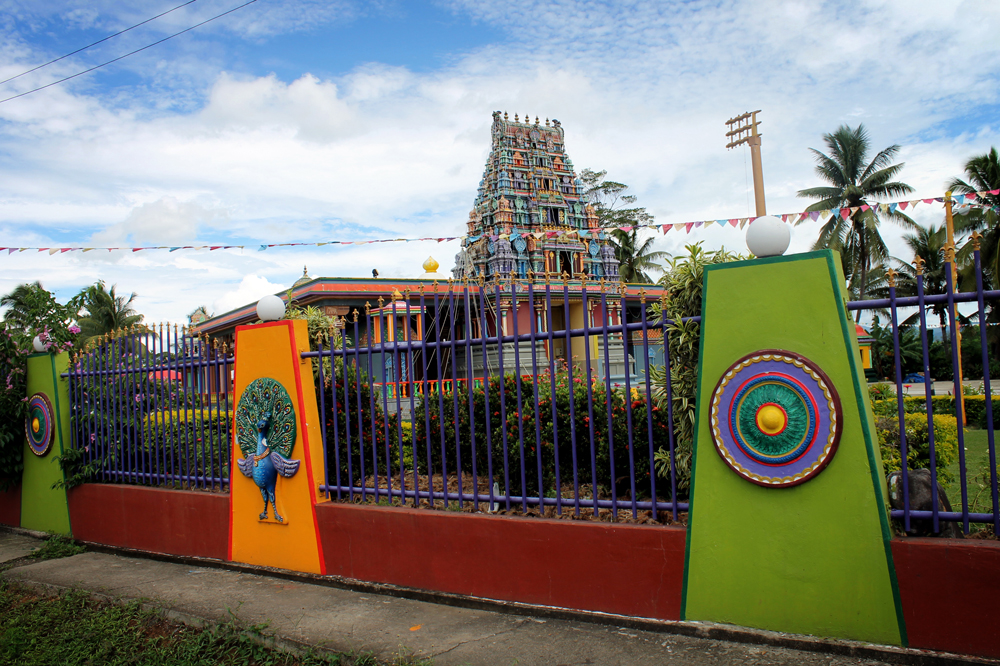 Nadi’s city center is small with few tourist must-sees, and our return shuttle wasn’t due for a few hours, so we spent quite a while wandering up and down the streets, stopping in local grocery stores (I do always love checking out what products other countries sell!), and relaxing with ice cream/coffee before we headed back to Anchorage. As lovely as luxurious beach vacations are, it was important to get away from the tourist resorts for a few hours to gain some understanding of the developing country that Fiji really is. 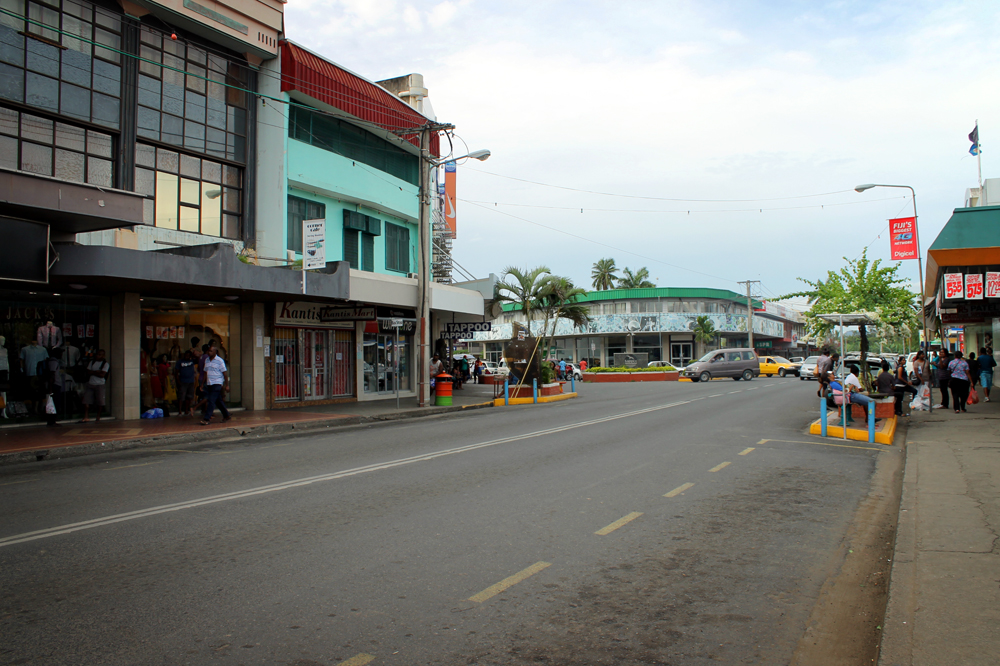 Back at Anchorage, we checked into our room for the night and were blown away. Their Beachside Spa Villas start from $180 U.S./$388 Fijian and are beautiful and expansive, with high bamboo ceilings, lovely tropical decorations, and a private deck complete with our own private jacuzzi. We enjoyed a beachside dinner in the resort restaurant while listening to live music and then called it a night, our Fiji trip sadly at an end. 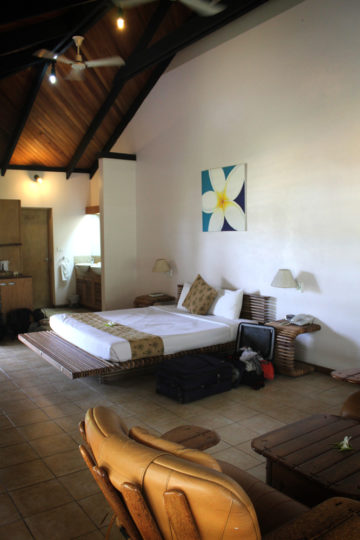 Our gorgeous room at Anchorage was a welcomed step up from the hostels I traditionally stay at while traveling, and the location made an early flight from Nadi Airport a cinch. If you’re considering a trip to Fiji, I’d recommend getting off the mainland and exploring a smaller island like Beachcomber or Malolo, but for beginning or ending your stay, Anchorage is a great choice. What a way to end an unforgettable trip to Fiji. Here’s to an equally great start to 2016!

Disclaimer: I was a guest of Anchorage Beach Resort, but all opinions are entirely my own, as always!