If you’ve heard of the Spanish region La Rioja, it’s likely because of their world-renowned wines, in my opinion some of the best in the world. But it’s also one of Spain’s 17 comunidades autónomas, located in the north, and its capital Logroño was our final destination for the May long weekend that also took us to Zaragoza, Huesca, and Pamplona. 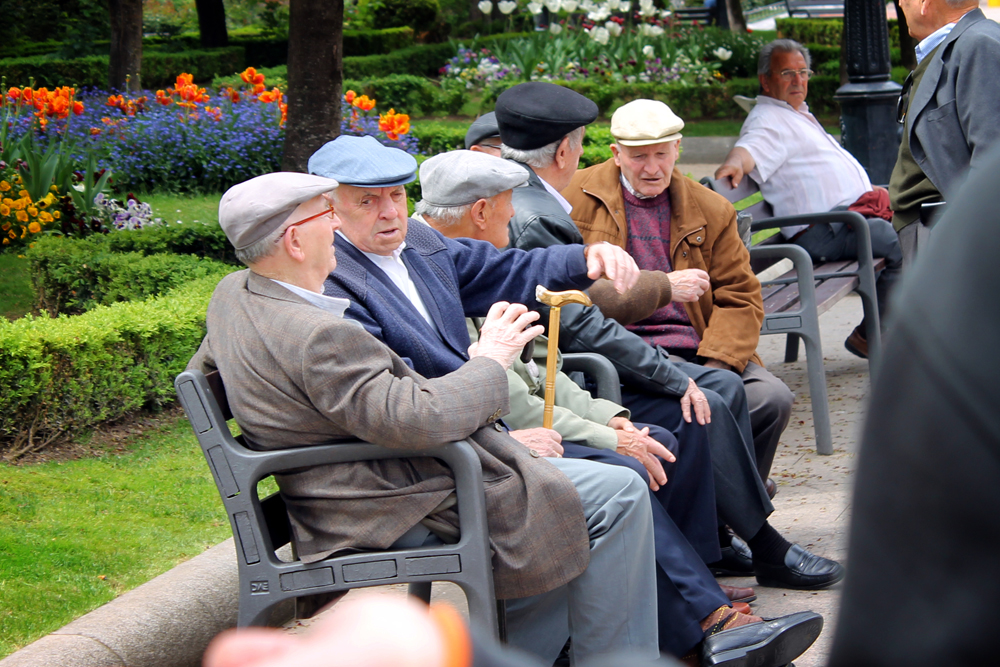 Locals of Logroño – and a typical sight in Spain

Logroño, Spain first came on my radar thanks to Liz of Memoirs of a Young Adventuress, a former resident. While in the area, I knew I couldn’t resist visiting to indulge in its famed wine and food. My friend Linnaea unfortunately had to head home sick, but Tomás and I carried on from Pamplona. I too was a bit under the weather, but I rested up upon arrival and by nightfall was ready to paint the town red.

For a relatively small city, it’s remarkable just how many pincho/tapa bars can be found around Logroño, and we set out ready to experience as many of them as we could. Many of the best bars are concentrated on Calle Laurel and nearby streets, so we dove straight into that zone. One of my absolute favorite things about Spain has always been how vibrant and fun cities are by night, and Logroño really exemplified this: the streets were absolutely packed with cheerful locals on the night before a public holiday. 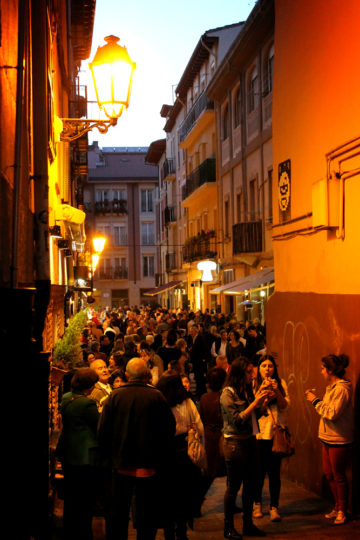 The lively streets of Logroño

We wandered from bar to bar trying a few of their dishes, each priced at only a few euros. Potato stew, sausage skewers, quesadillas, and more were on the menu as we bar-hopped. Being in La Rioja, we, of course, accompanied each with local house wine. The energy, food, and wine were all to die for. 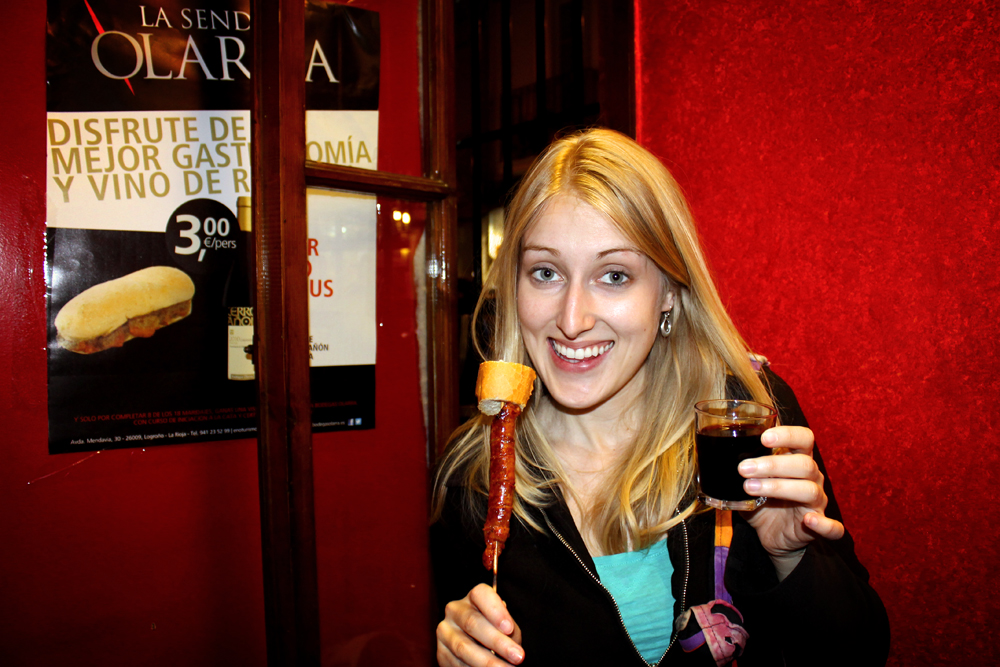 The next day, we planned to return to Madrid by bus in the afternoon, but that gave us much of the day to explore Logroño beyond its culinary scene. The city lies on the Ebro River, with parks stretching along it, making La Rioja’s capital a lovely city for a tranquil stroll on a sunny day like the one we had there. After making the most of Logroño’s parks, we spent some time wandering the city’s quiet plazas and got our hands on our final tasty tapas before we closed the weekend with a bus ride back to Madrid. 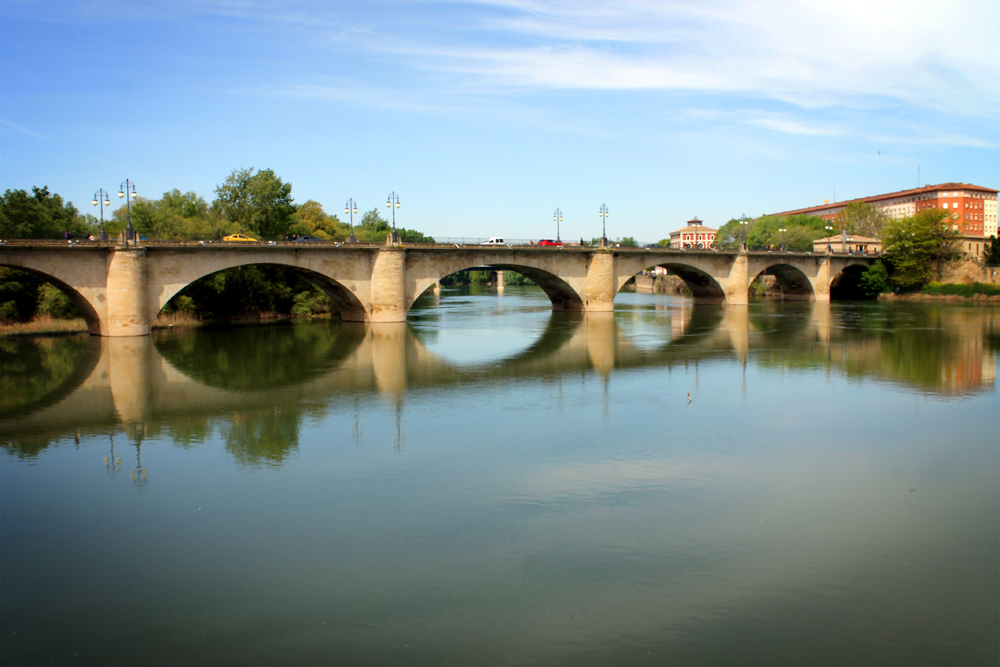 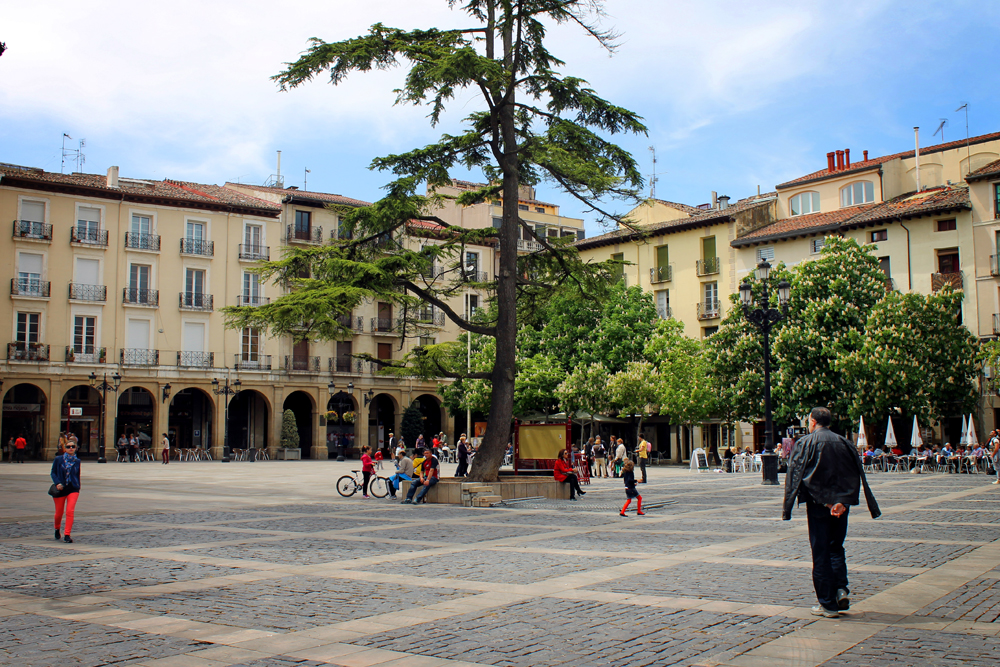 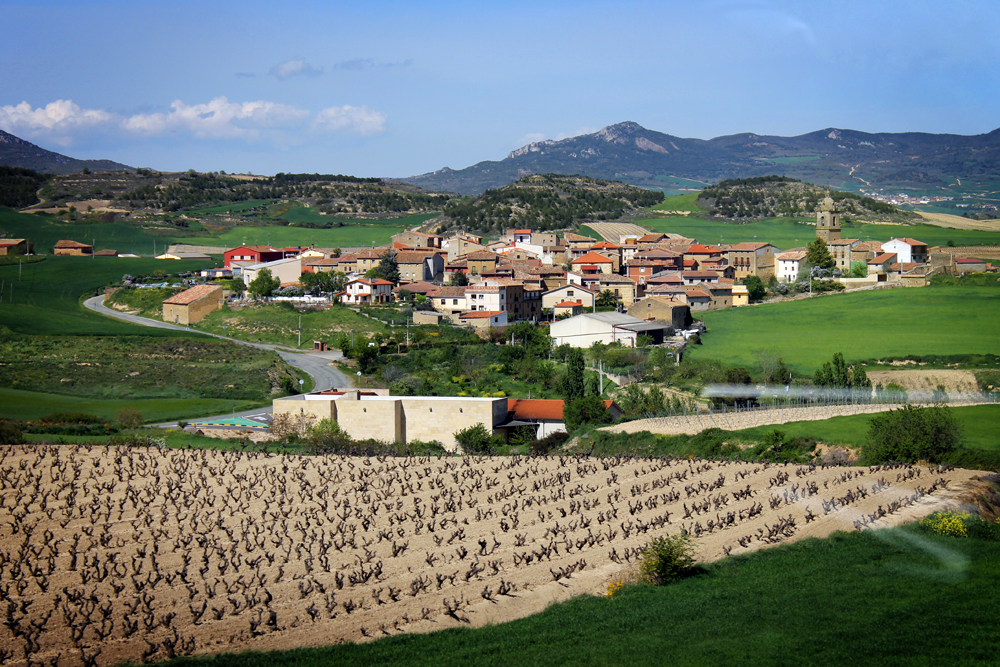 Views from the bus back to Madrid

Living in Spain, it always blew me away that, for as many parts of the country I had discovered and fallen in love with, there were always more unexpected places to be utterly charmed by. Our extended weekend in Spain’s northeast, visiting Zaragoza, Pamplona, Huesca, and Logroño, did the seemingly impossible by making me appreciate Spain and its diverse destinations even more than before. Tour Spain’s major cities – they’re well worth it – but also step off the beaten path and dive into a town you’ve never heard of before. I promise you won’t regret it.