2021: The Absurdly Late Year in Review

A year-end recap published in June? That is just wacky. But one of my favorite traditions is my annual travel year in review post: since 2011, I’ve wrapped up each year by looking back on all the places that year took me. I may be very (very, very) late in finally writing this 2021 review post, but I can’t let all of 2022 pass me by without celebrating the fact that some travel was possible last year. And, having just returned from my first trip out of the country since 2019 (thanks, Oaxaca!) I’m feeling somewhat inspired to actually write about travel. So, here goes! 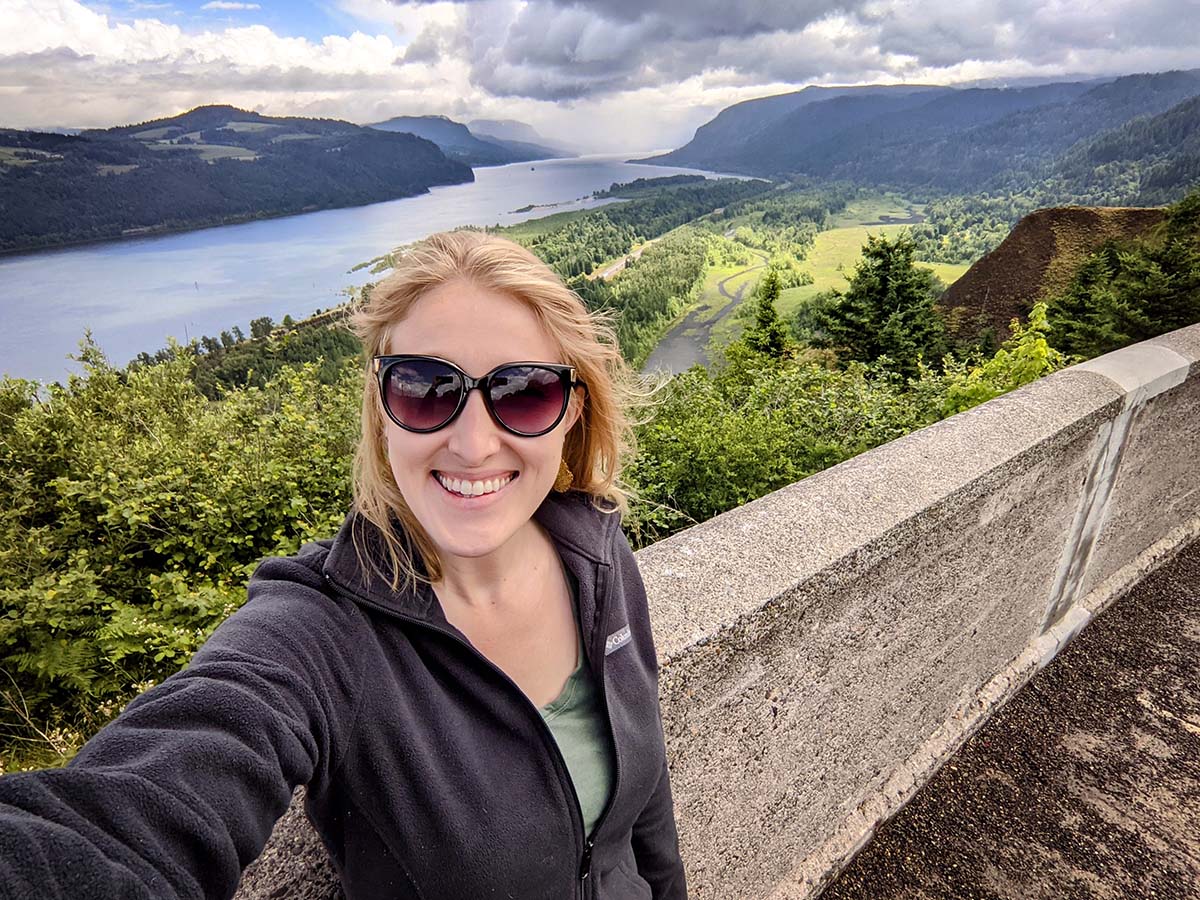 Visiting the Columbia River Gorge outside of Portland in June

The start of 2021 looked a lot like 2020: social distancing, staying close to home, and waiting out the pandemic. Living in L.A. afforded me the opportunity to enjoy lots of local walks and hikes, and occasional dogsitting for friends certainly made the pandemic a lot more bearable. In March, I visited Knott’s Berry Farm as a 100th Anniversary Ambassador for their Taste of Boysenberry Festival, which you may have read about at the time. And, most excitingly of all, I got my first dose of the COVID-19 vaccine on April 13th! 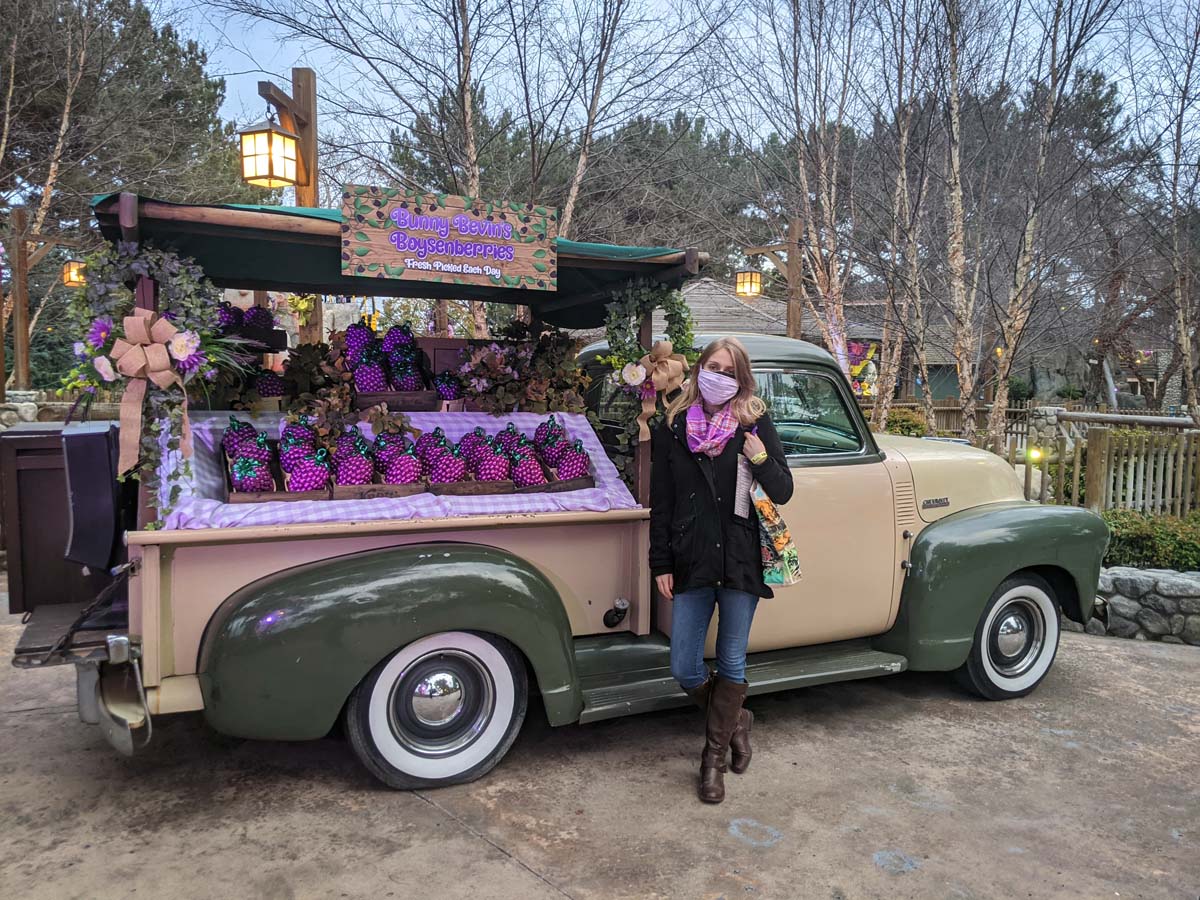 The world started to open up for me again in May once I was fully vaccinated. I ate at a restaurant for the first time in 15 months, I began to see friends face-to-face again, and I was able to start making true travel plans!

My first trip of the year was last minute and bittersweet. My beloved aunt Jenny was hospitalized early in the month and underwent surgery due to what was later diagnosed to be cancer. So in mid-May, I drove out to Kingman, Arizona to spend time with her as she recovered. I was nervous to visit because I didn’t want to see her in pain, and I knew it would also be tough to see my uncle John, whose Alzheimer’s had progressed significantly since I’d last seen him. But the trip turned out to be absolutely wonderful, and I am deeply grateful I was able to go. Despite Jenny’s pain, she was still her normal delightful, funny, loving self, and John had moments of clarity where his sarcastic, hilarious nature shone through. The trip coincided with my 32nd birthday, and the family made me feel incredibly special and loved, even though they had far bigger things to worry about than a birthday. I’ll share more about Jenny and John later in this post, but I will forever cherish the time I was able to spend with them on that May visit. 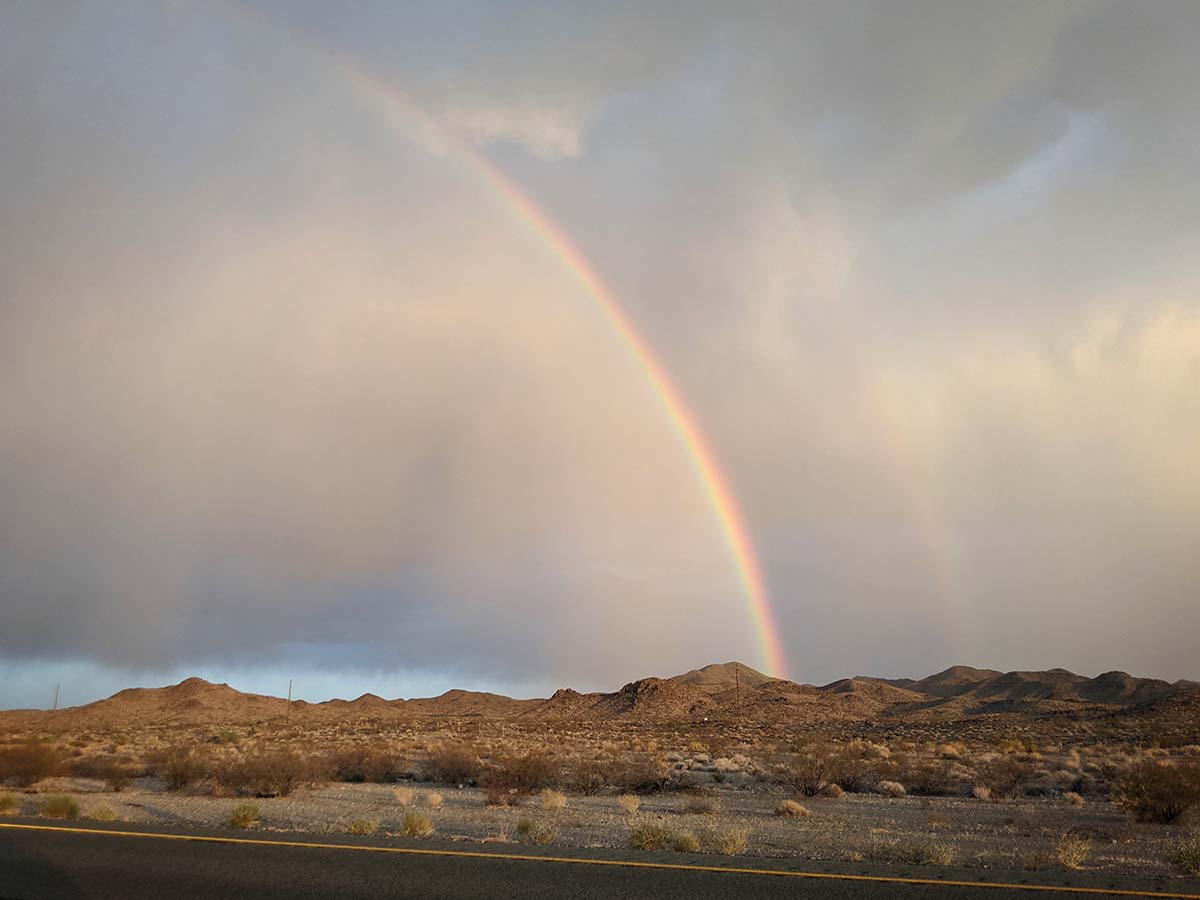 A birthday rainbow on my drive home from Kingman!

Later that week, I was invited to a special media-only event at Knott’s Berry Farm to kick off their 100th anniversary celebration. This was far and away the highlight of my time as a Knott’s Anniversary Ambassador. The park was shut down to all but invited guests, and beyond special celebrations and complimentary food and drink, we also had free rein of the park. That meant we were able to walk straight onto every ride without a line and wander freely without crowds, any theme park lover’s dream.

Then, that weekend, I kept my birthday celebrations going with a trip up to California’s Central Coast. We stayed in an Airbnb in the small town of Arroyo Grande and spent the weekend dining out (a welcomed novelty after more than a year of quarantining), tasting wine, visiting a petting zoo, and taking coastal walks in the surrounding towns like Pismo Beach and San Luis Obispo. It was a scenic, relaxing weekend that made me extremely excited that it was looking like we’d be able to start getting out of the house more.

Wine tasting in the Central Coast

May was pretty action-packed, which is how I always like my birthday month to be. We ended the month by flying up to Portland to spend a little over a week with my boyfriend Truman’s parents in Portland, Oregon. While there, we saw friends, ate great food, did some bike riding, went wine tasting in the Willamette Valley, and drove through the picturesque Columbia River Gorge. 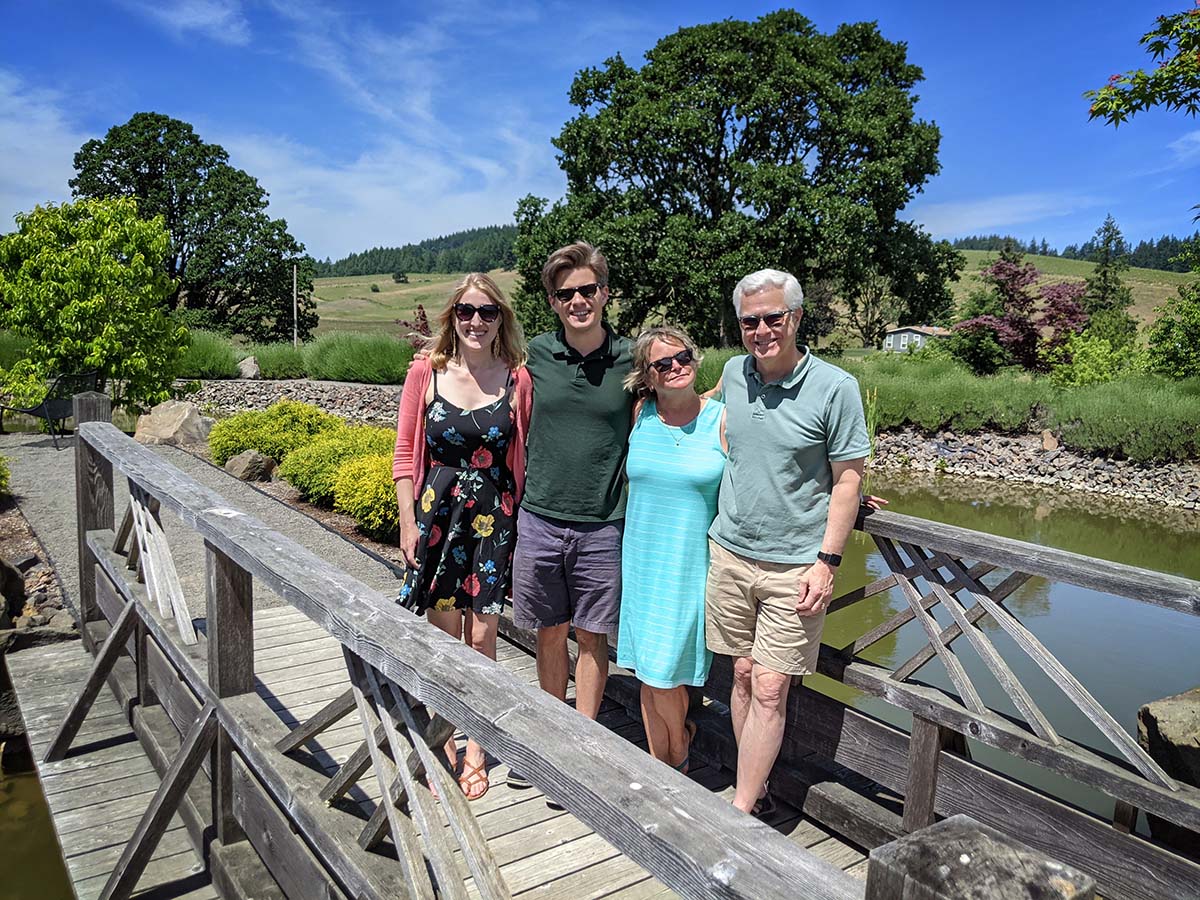 And another wine tasting photo, this time in Oregon’s Willamette Valley

After returning from that Portland trip in early June, the rest of the month was fairly quiet travel-wise. The main highlight of the month was taking a day off work to visit Disneyland. Anyone who knows me knows that in pre-COVID times I was quite the regular at Disneyland. You could even have perhaps lumped me in with those disdained “Disney adults,” though I don’t know if I quite earned that status. As a Southern California local and former annual passholder, I used to visit every month or two, so it was definitely strange for the park to be closed for more than a year. A little over a month after it reopened, I was delighted to return and had an entertaining day there with my mom.

My mom and me at Disneyland

That said, now, for the first time in my life, I have very little enthusiasm about going back to Disneyland. Blame COVID affecting my perception of crowds, as well as recent changes Disney has made to the annual pass system, FastPasses, etc. Still, I’m glad I was able to go after it reopened, and it felt like a true adventure after a very quiet year.

Also in June: another Knott’s visit, a day spent volunteering with Knott’s staff and fellow ambassadors at the Boys and Girls Club of Buena Park, and some dogsitting of our favorite Boston terrier.

By July, my aunt Jenny had been diagnosed with cancer, and it was rapidly advancing. Two weekends in a row in July, my dad and I drove back out to Kingman, Arizona to visit her, hoping she was in recovery mode and that we’d have many future visits. Though she was bedridden by this point and clearly exhausted, just as when I’d seen her in May, she was her funny, interesting, caring self. What could have been two emotionally devastating visits wound up being chock full of laughter and love.

The next weekend, Truman and I flew up to Eugene, Oregon, to attend one of his college friend’s weddings. Eugene was a surprisingly nice city, the University of Oregon campus (Truman’s alma mater) is beautiful, and the wedding was wonderful. From there, we took a bus up to Portland, where we spent two nights at Truman’s parents house before driving with them up to Lummi Island off the coast of Washington. Their family has been visiting the island for generations, and it’s a meaningful annual vacation spot for them. I had joined them there in 2018 but couldn’t fit it into my work schedule since then, so it was great to be back. 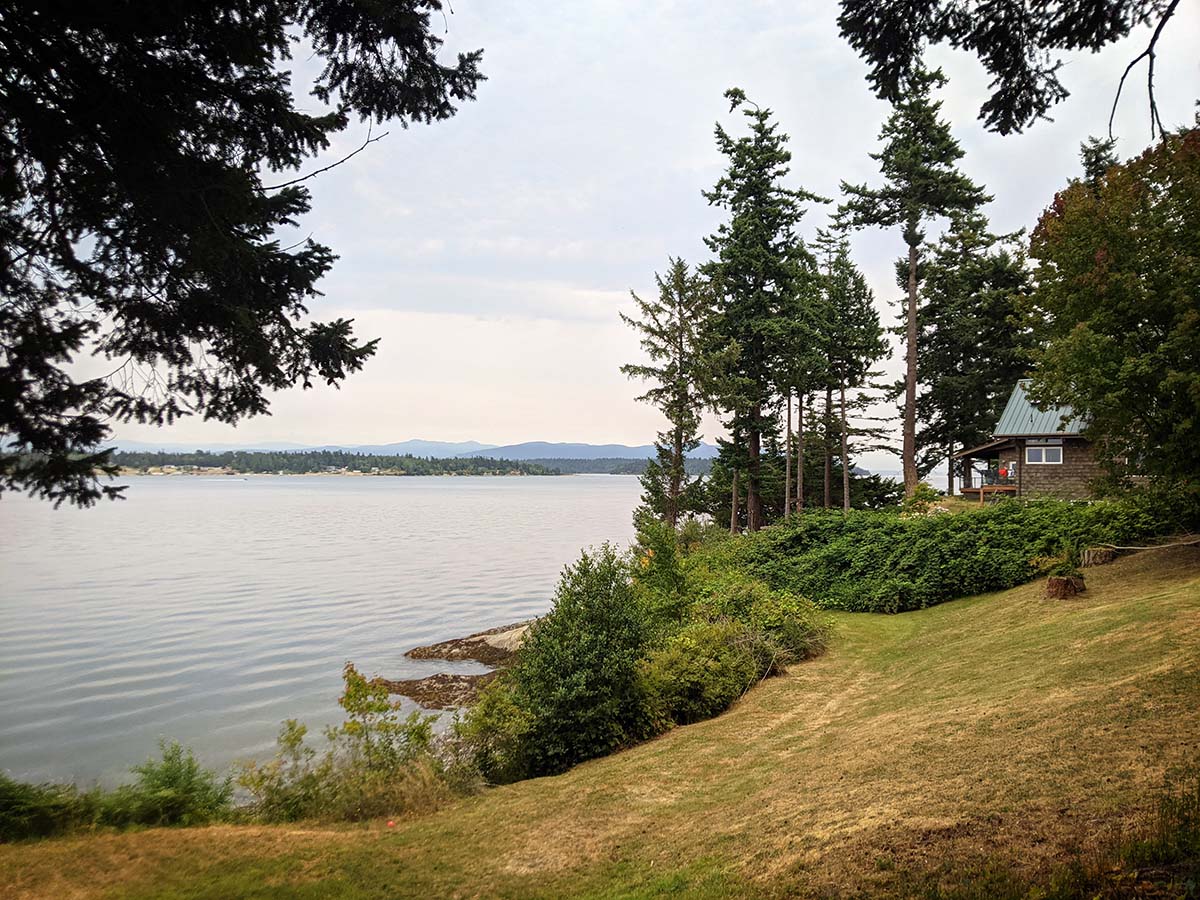 It’s a beautiful island, and I was surrounded by good company and delicious food. Sadly, the trip did not feel like the peaceful vacation I’d hoped it would be, because while I was there, my aunt Jenny passed away. The next day, my grandmother—whom we called Gammy—followed her. Both were very spiritual people, and, strangely enough, Gammy had always told Jenny that she hoped Jenny would pass away just before her and guide her into the afterlife. Gammy didn’t even know Jenny had cancer, much less that she had passed away the day before. It’s really very odd that it happened this way, but it brought many of us a lot of comfort knowing that it happened exactly the way they had wanted it to. I miss them both terribly, and I really hope there is an afterlife that they’re having a fabulous time exploring together.

In August and September, we had planned on a back-to-back Austin, Texas and New York City trip to attend a wedding and bat mitzvah, respectively. However, with COVID cases rising because of the new delta variant, we got nervous and wound up canceling our trip somewhat last minute. Fingers crossed we’ll get back to those two cities sometime soon!

Also in September, my uncle John, Jenny’s husband who had been living with Alzheimer’s for quite a few years, passed away. Needless to say, losing three family members in such a short time period wasn’t easy for me or anyone else in my family, though I’m glad at least that John could finally be at peace. 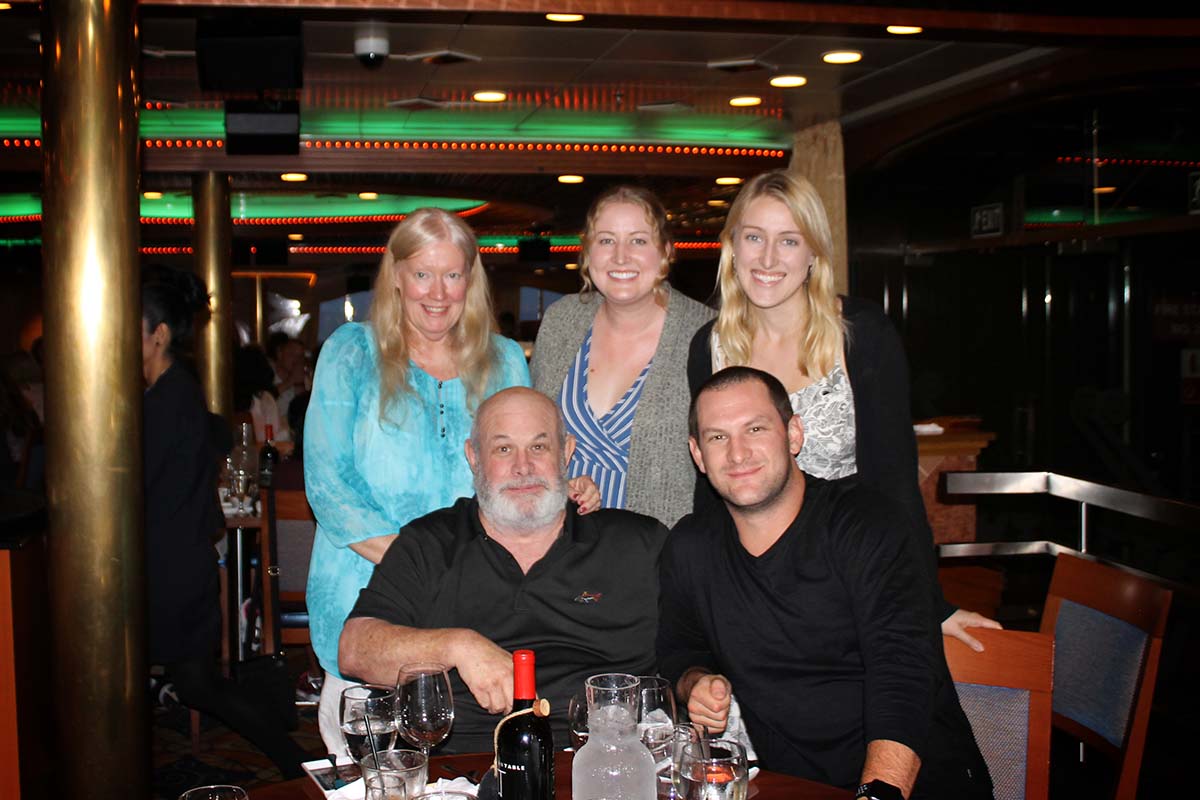 The next few months were very quiet on the travel front. I did some more dogsitting (this time of my favorite Australian cattle dog, who took the best care of me when I got back from Lummi and was in mourning), enjoyed some local Halloween activities (which you may have seen my post about), hosted Truman’s parents while they were in town for a baby shower, and did some hiking around the L.A. area.

In November, my little sibling Sara celebrated their bat mitzvah, and we hosted my wonderful cousin Nicola while she was out for the celebration. Nicola and I have always been close, but we’ve grown even closer over the past year as she’s dealt with her parents’ and our grandmother’s deaths, so it was terrific to get to spend that quality time together.

Later in the month, we headed down to San Diego for a weekend to celebrate Truman’s birthday. We’ve both been to San Diego many times, so we didn’t feel the need to squeeze in a ton of sightseeing. Instead, we mostly enjoyed the city’s many lovely outdoor restaurants and did some wandering around the city and its suburbs. San Diego is always a total delight, and it was great to get away for a scenic, relaxing weekend. 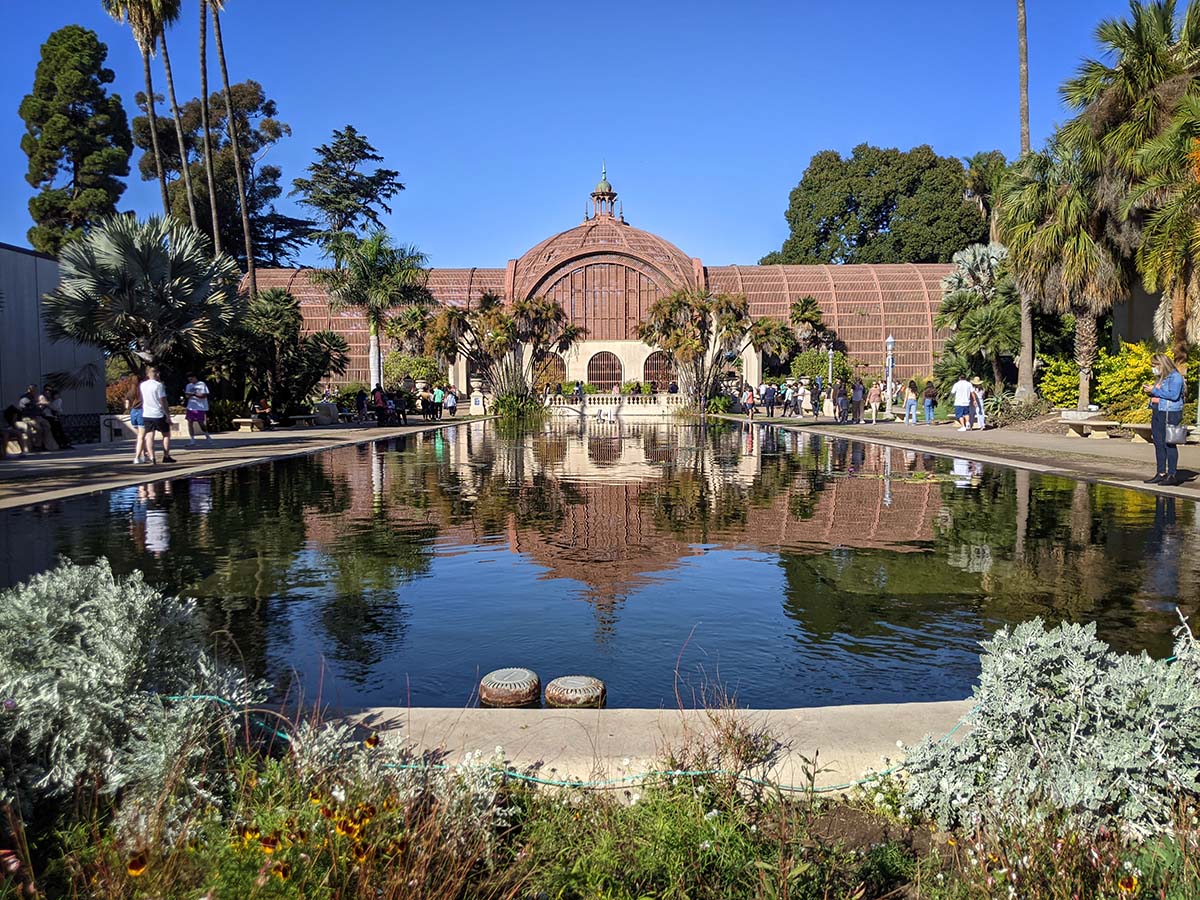 Also in November: Truman’s birthday celebration at Hollywood’s oldest restaurant, Musso & Frank (my first time dining indoors since the pandemic, thanks to that nice lull before omicron hit!) and several Thanksgiving gatherings with friends and extended family.

Though I didn’t venture out of Southern California in December, it was still a busy month. My sister Cari and her boyfriend visited from the Bay Area for a belated Thanksgiving. A few days later, I attended my first and only real party of the pandemic when we scored invites to the premiere of the MacGruber TV show. It truly felt like pre-COVID times because cases were low, the variant at the time was far less transmissible than what we’ve seen since, and proof of vaccination and on-site testing were required. It was a much-needed break before things locked down a few weeks later. 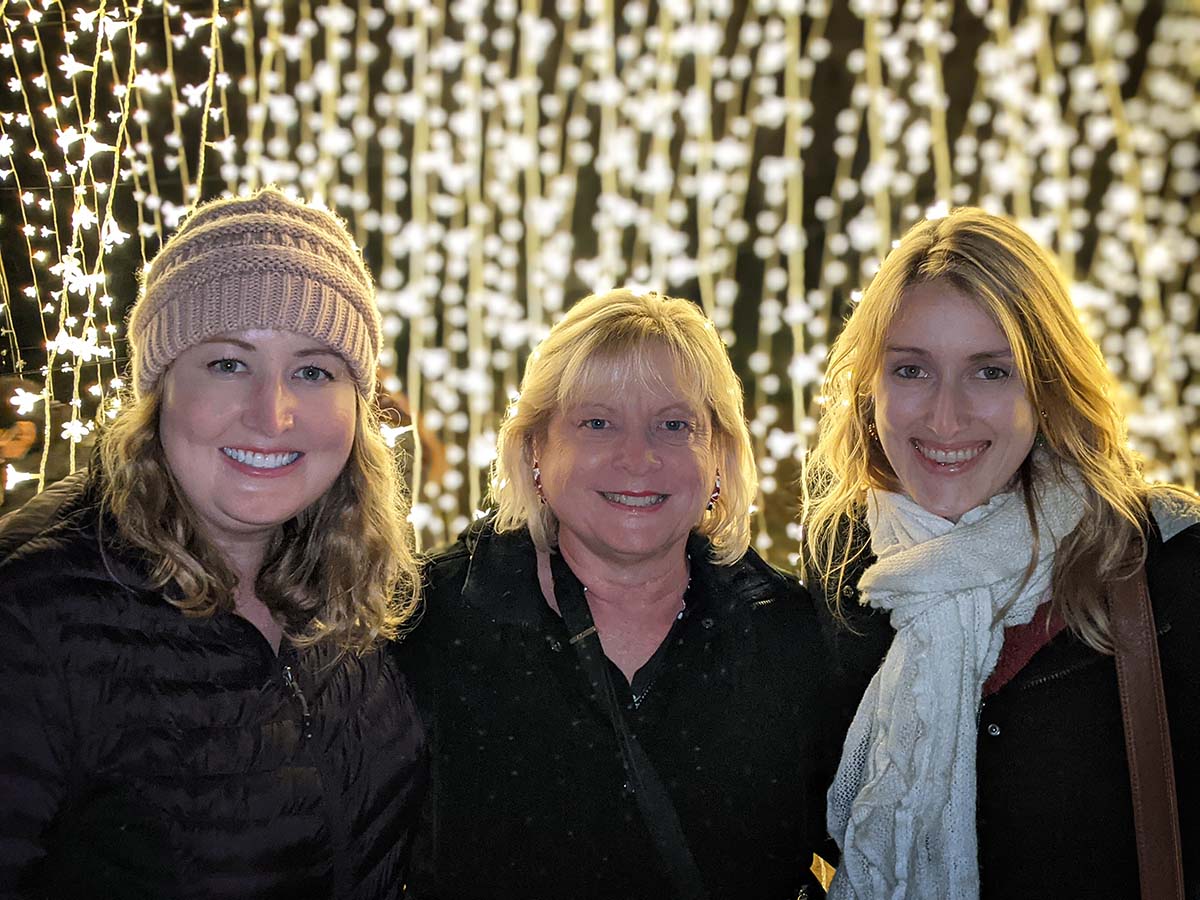 Seeing Christmas lights at the L.A. Arboretum with my mom and sister

In the weeks leading up to Christmas, I got festive with a visit to Knott’s Berry Farm for their Knott’s Merry Farm celebrations, plus my family and I saw tons of Christmas lights around L.A. at the Arboretum’s Lightscape event, in Downtown L.A., at Santa Anita Park’s Reindeer Road, and at the L.A. Zoo. I spent Christmas day with my family, then Truman and I brought the year to a close on our couch with robes, champagne, and drunken footage of our buddies Anderson Cooper, Andy Cohen, and Don Lemon. 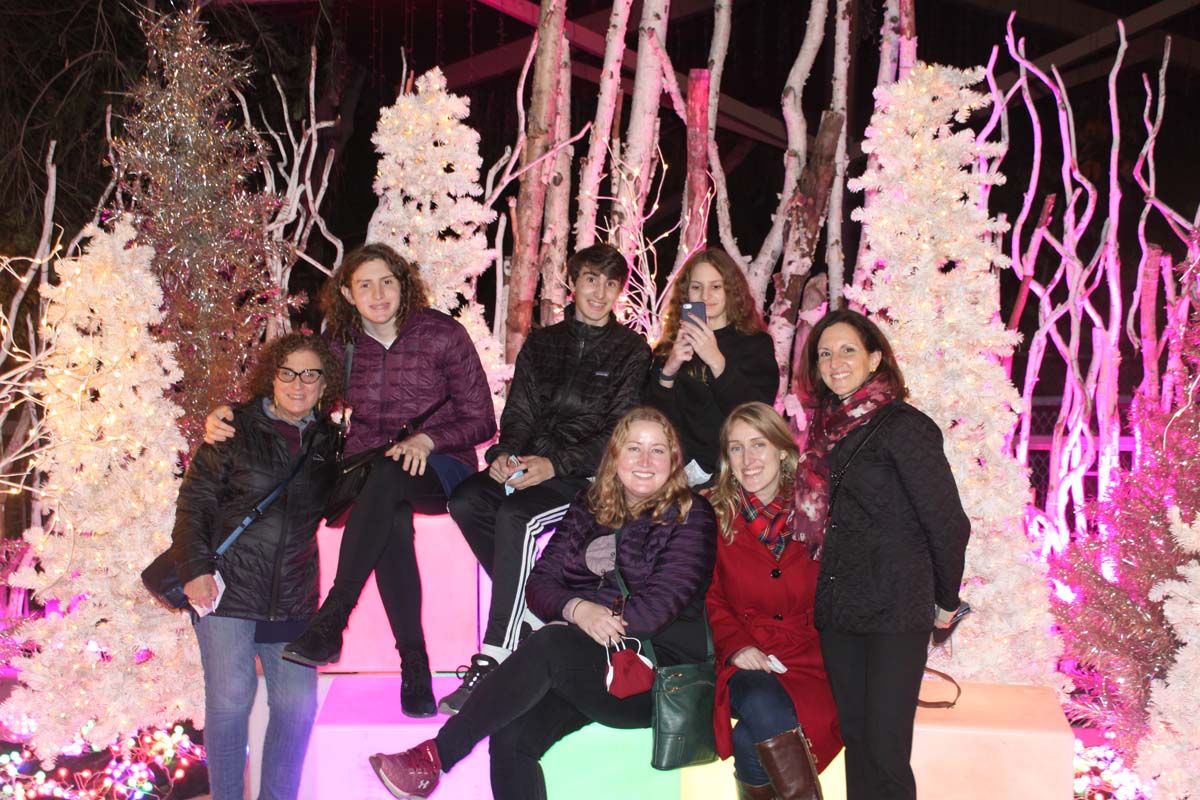 With family at the L.A. Zoo Lights

Though things didn’t go back to normal in 2021 as we’d all hoped, it was certainly a momentous year. The year had its ups and downs, but I was fortunate to see some new places and spend time with great people. I hope you all had a great 2021 and first half of 2022. And, who knows, maybe it will take less than 6 months to publish 2022’s recap!